The ex-England forward, 37, first appears on a screen at the front of the school hall as a pre-recorded video, before he surprises the class by walking in. 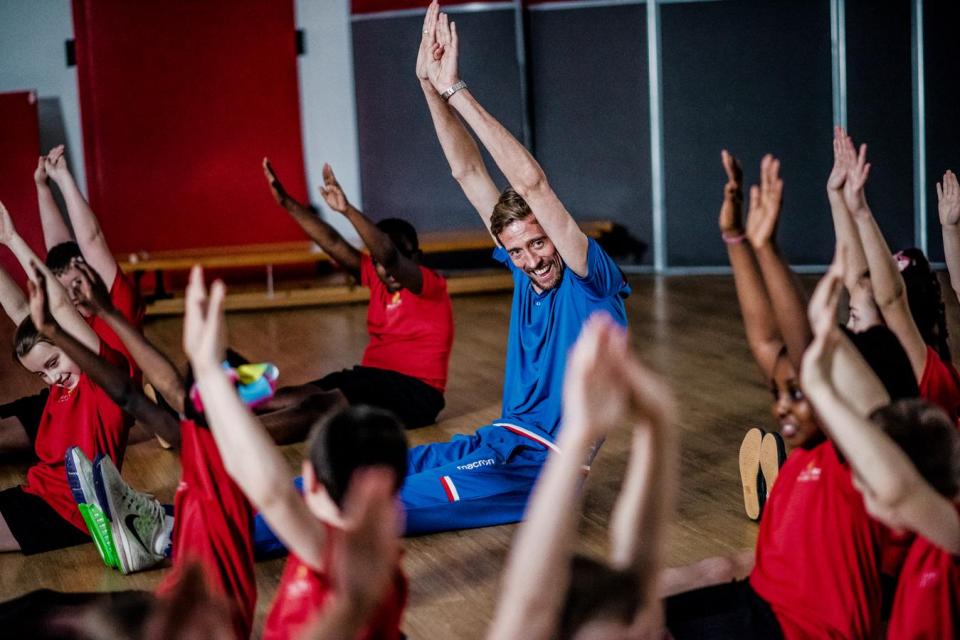 Crouch was back at school to promote the Premier League Primary Stars education programme, with his episode: "Best PE Lesson Ever".

On his day back in the gym at Stoke's Maple Court Academy, Crouch revealed: “I loved PE at school.

"As a father of three I am so pleased the Premier League is using its popularity and reach to help get children active and encourage learning.

"It is great to be a part of something that is supporting primary schools.” 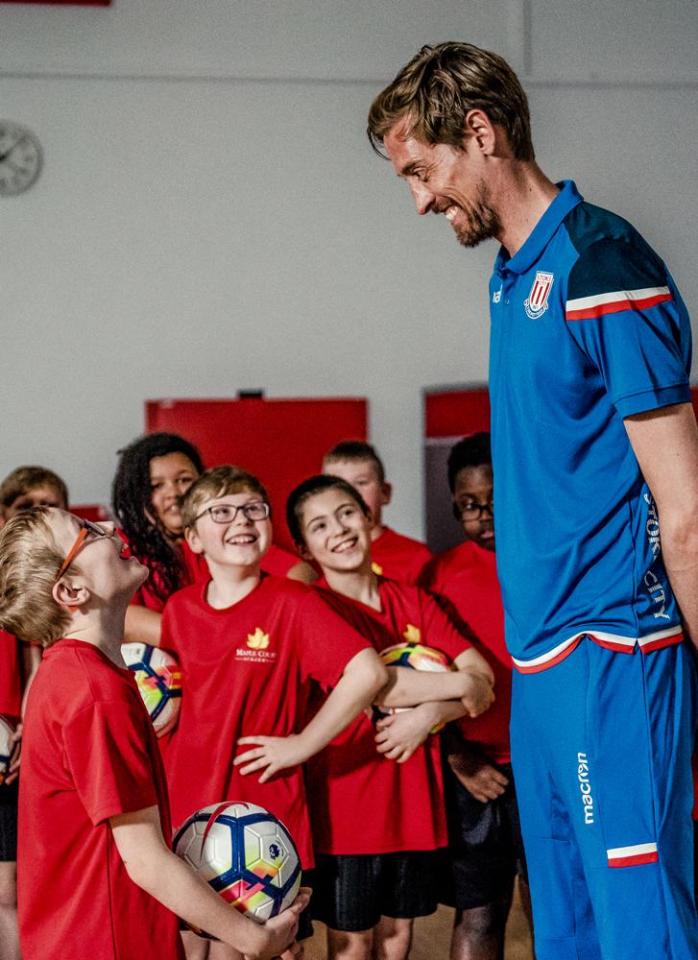 Potters ace Crouch’s "Best PE Lesson Ever" is the second in a series of three films, produced by advertising agency Y&R London.

It follows the release of the "Best Maths Lesson Ever", which features Everton’s Wayne Rooney, Theo Walcott and Davy Klaassen surprising local children.

The programme aimed to engage 10,000 primary schools by 2019 but has already exceeded that target by reaching 15,000 schools within its first year.

Last month, Crouch was mocked by model wife Abbey Clancy over his royal baby tweet, having jokingly said: "Congratulations! It was a pleasure sharing your big day with you." 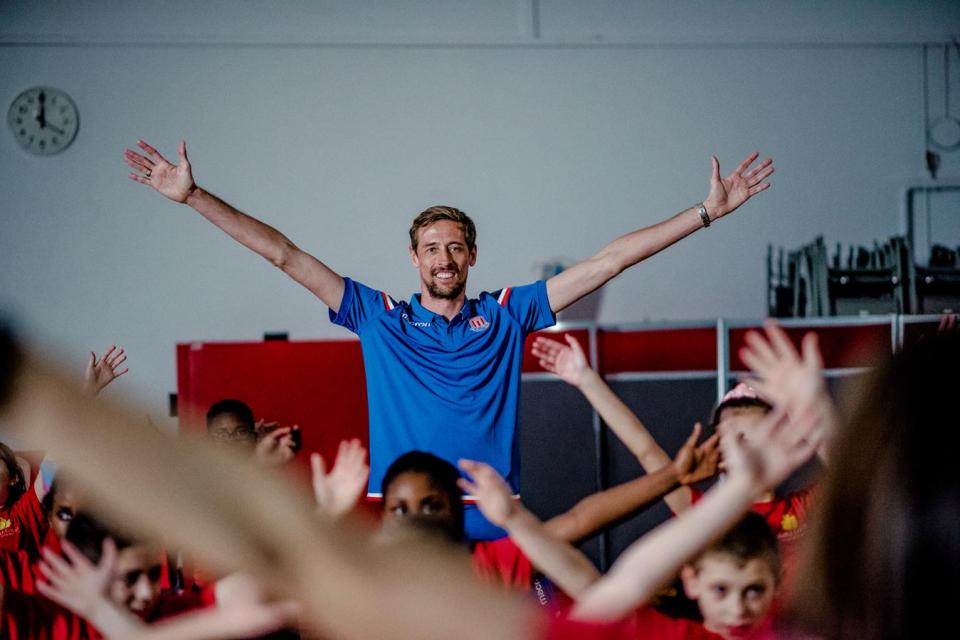