The NSW Swifts have landed their most significant win of the Super Netball era after mounting a second-half fightback on Sunday to down the neighbouring Giants by a point.

Coach Briony Akle declared it was a monkey-off-the-back moment for her young team which lost both fixtures to the star-studded Giants last season, while the win also demonstrated the Swifts' propensity to fade away late in games was now a thing of the past. 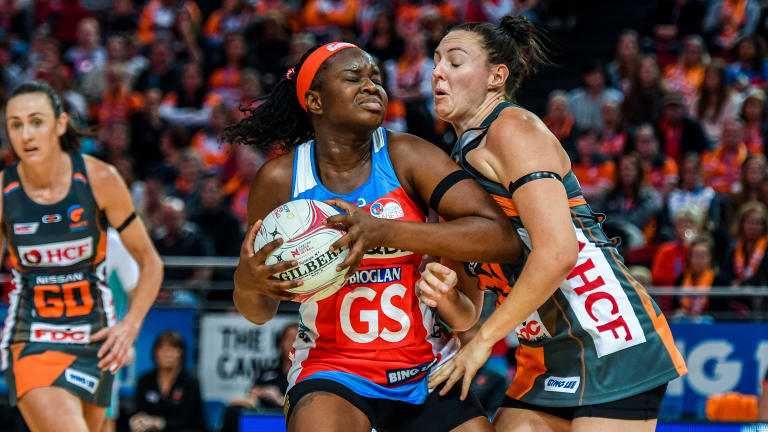 Down by three points at the main break, Akle turned to her bench and deployed rookie shooter Sophie Garbin who replaced Sam Wallace and shot 17 from 18 in the second half, including the Swifts' final goal which proved the sealer in the 55-54 win in front of 8068 screaming fans at Qudos Bank Arena.

Helen Housby (23 from 27) put the Swifts in front moments before Garbin's goal, before late drama ensued as the tireless Jo Harten halved the margin with eight seconds to play.

Time ran out for the Giants who had led the majority of the see-sawing encounter, as last year's beaten grand finalists tasted defeat for the first time this season.

"It's another first for us to be able to go right, the monkey's off the back, you've actually beaten them," Akle said.

"The test will be next week if we can take it to the Fever and if we're competitive there then we'll say okay we're on track. At the moment we've still got a lot of work to do.

"The biggest thing for me is that old tag of us not finishing can slowly start to walk away. For me, to be able to finish and win by one is amazing, it's just a relief that all the work we've done is paying off.

"We couldn't finish games and they were in the same position last year and we were ahead and lost in the last five [minutes]. We've put a big focus on actually believing that we can win and the belief was shown."

Akle had no hesitation in going to her bench throughout the contest, using all 10 players.

Claire O'Brien started at centre, but before quarter time the lively Maddy Proud had been injected into the game. 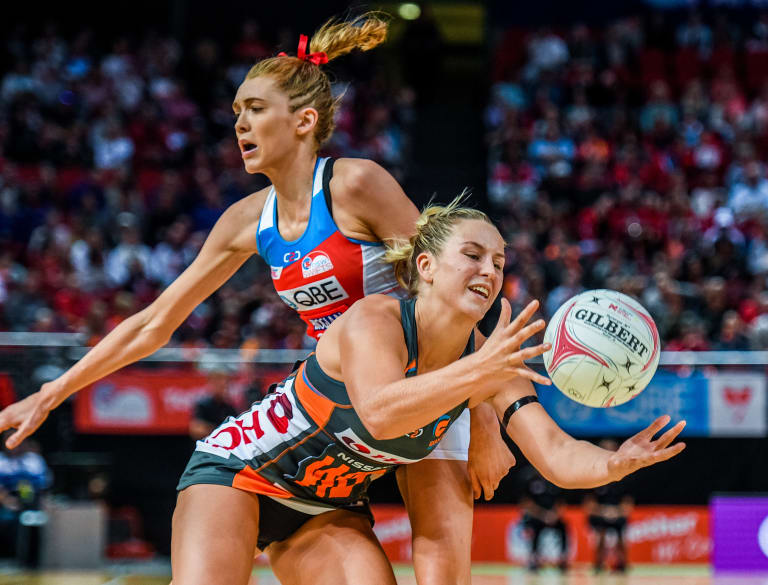 No quarter given: Jamie-Lee Price, right, of the Giants competes for possession against Helen Housby of the Swifts.

"The fact that you do have 10, and the fact that we can bring them on is just a huge advantage to us, we know they can come on and do the job," Akle said.

"They work hard, those people that didn't start work as hard as everyone else. It's just amazing having that bench."

"You look back on it, should you have have – that’s always the question that a coach asks but we’ve been pretty good at sticking it out and being able to grind games like that out so we had a bit of faith in them," Fitzgerald said.

"We had opportunities to win it but we didn’t take them in that last quarter. We just didn’t win enough possession back and when we did we only scored from one of them, that really tells the story of the last quarter.

"There’s definitely positives we can take out of it and it’s round three so I’m not gonna press the panic button just yet.

"They [the Swifts] are playing really good percentage netball, they don’t take risks, they don’t give the ball up and they’re playing with a lot of confidence, they’ve got a lot of heart."

The Giants remain second behind the unbeaten West Coast Fever, while the Swifts have moved into the top four after securing two bonus points for winning the final two quarters.