Sydney bid chief says Brisbane would deliver if given 2032 Olympics

The mastermind of the Sydney 2000 bid believes the 2032 Games will be Brisbane's to lose unless rival nations front up with a deeply compelling case to stage the 35th Olympics.

A little more than three decades after Sydney reignited the Olympic movement, Australia stands on the verge of hosting another instalment after Brisbane confirmed it would make a formal bid for the 2032 Olympic and Paralympic Games. 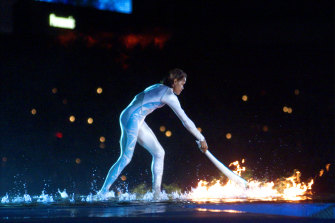 Australia could be set to host a first Olympic Games since 2000 with Queensland officially committing to a bid for the 2032 event.Credit:AP

The Olympics would be staged in the Australian winter from July 23 to August 8, with the Paralympic Games next on the calendar. The event would attract around 11,000 athletes from around the globe.

Premier Annastacia Palaszczuk said Queensland would now progress to the next level of the new IOC bidding process for a Games centred in Brisbane but including other regions and the nearby Gold Coast.

A number of other countries are considering staking a claim, including a regional bid in Germany, one from India and Indonesia and the possibility of a joint bid from North and South Korea. But given the advanced nature of the Queensland bid, it has already been installed as favourite and represents a safe bet given Australia's track record of major events.

Rod McGeoch was the man at the vanguard of Sydney's bid for the 2000 Games and, in return, the Harbour City produced one of the great Olympics and helped add fresh zest into the multi-sport goliath.

He said the guidance of Australian Olympic Committee president John Coates, the former IOC vice-president who is also the chair of the Agenda 2020/New Norm Olympic Games Delivery Executive Steering Committee, was an immense boost for Brisbane's chances.

"Whenever you have John Coates, the prospects must be very good. Nobody knows more about it," McGeoch said.

"I have enormous respect for his judgment. (IOC president Thomas) Bach came out here and spoke warmly about it. There is no question the Queensland government can deliver the Games.

"States have significant economies and can afford the infrastructure spend. Australia is always going to have a strong technical bid. No question about that at all.

"You have to wait to see who else will put their hand up. If nobody seriously puts their hand up soon, Brisbane will walk it in."

The Queensland government had been waiting on the results of a value proposition assessment, which showed that around 80 per cent of the venues were in place, while current stadia like a revamped Gabba could be used for the opening and closing ceremonies.

There is also the potential to put an athletics stadium in place at the current home of the Albion Park greyhounds and pacing track. The Gold Coast, which hosted a successful Commonwealth Games, and regional cities like Toowoomba and Cairns would also come into play for certain events.

No timeline has been set for a decision from the IOC but McGeoch said Brisbane's state of readiness would leave it with plenty of time to be Games-ready by 2032.

"What we've seen in recent times is the preparedness to make an early decision. In my time, the decision was given seven years before the Games. That makes it 2025. To get something into shape now for a 2032 bid is really preparing well in advance. 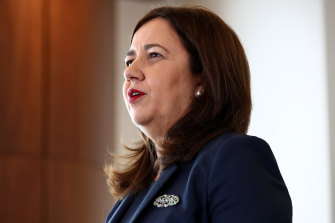 "Having given Paris and LA the Games of '24 and '28, it takes a lot of the agony out of the future of the Olympics if you can start giving cities Games well forward."

The Olympics have been a financial black hole for some host cities but a revamped bidding process, which requires a large number of existing venues and demonstrable legacy benefits, mean Brisbane could hope to deliver a cost-neutral event, which would also include a massive IOC injection of close to $2.5b.

"They are even giving them money," McGeoch said. "We never got a cheque, I can promise you.

"Don't blame the IOC for the expenditure of the past. That was cities thinking they had to build everything. The IOC is leading the charge and saying 'don't do that'.

"I think it is an improved process, I think it's more rigorous in some ways because you really have to convince them and that's no bad thing."