Home » Sport » The Caps are back! Kia Nurse leads Canberra to demolition of Flames

The Caps are back! Kia Nurse leads Canberra to demolition of Flames

The Canberra Capitals are back and the way they announced their return as a WNBL contender was warning shot to the rest of the competition, thrashing the Sydney Flames by 19 points on Friday night.

It was the perfect start to the year for a group of players who have spent only a couple of weeks together, and even more impressive given they did it without all stars Marianna Tolo and Leilani Mitchell. 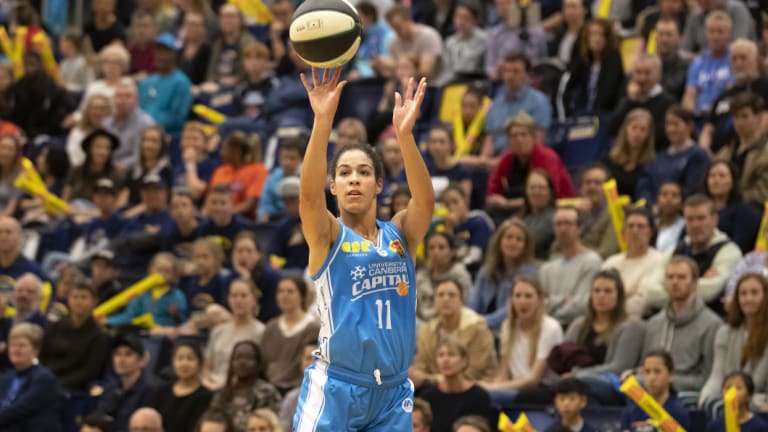 Yes, it's just one game into the season. Yes, there's still a long way to go before they earn a play-off spot for the first time in almost a decade.

But the 97-78 win against the No. 2 ranked side from last year was perhaps the most dominant and impressive triumph of recent seasons and signalled their finals intention from the opening minutes.

WNBA recruit Kia Nurse lit-up the court in the first half, scoring 18 points in just as many minutes and then finished the game with 26 points just three days after arriving in Australia.

Lauren Scherf was the next surprise packet, standing tall in Tolo's absence and going toe-to-toe with Australian Opal Alex Bunton in a shootout of the bigs. 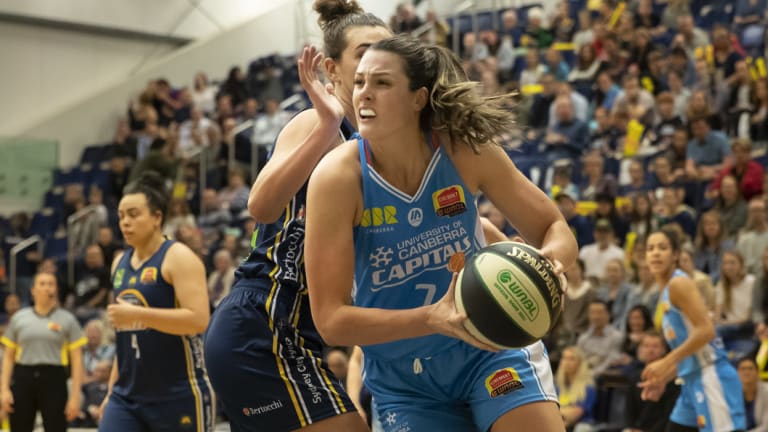 Canberra junior Bunton was Sydney's top-scorer with 27 points, but Scherf showed her prowess with 22 points and five rebounds as the Capitals ran away with the contest.

Nurse, 22, had just one training session with the Capitals before tearing apart Sydney, and coach Paul Goriss has a simple warning: "She's only going to get better.

"In one word – unbelievable. For me as a coach, it was like winning the Lotto when her agent called and said she wanted to come to Australia," Goriss said.

"The kid is a stud but she's just a great person as well. She plays with a smile on her face, but underneath that she's a deadly assassin." 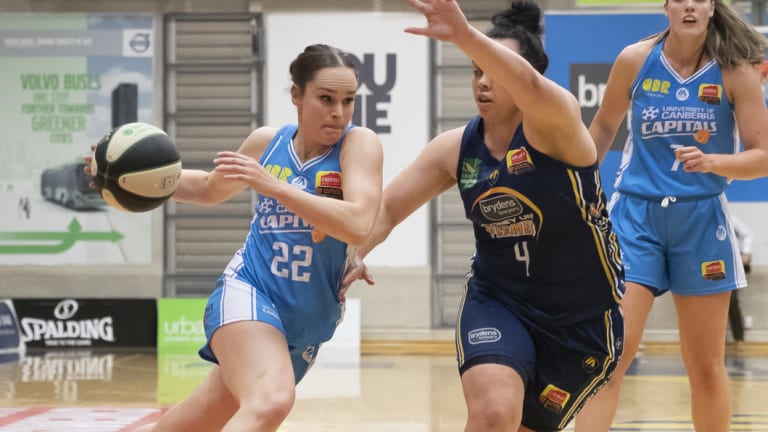 Kelly Wilson was one of Canberra’s best in her first game for the club.Credit:Sitthixay Ditthavong

Kaili McLaren also impressed with 14 points, while veteran Kelly Wilson took the point guard reins for 36 of the 40 minutes and immediately settled into her new home with the Capitals.

The Capitals will play the Melbourne Boomers in Geelong next Friday night before playing their first home game against Adelaide on October 21.