The Queensland Racing Integrity Commission suspended Mark's licence on Friday and charged him with 16 offences under Australian Rules of Racing. 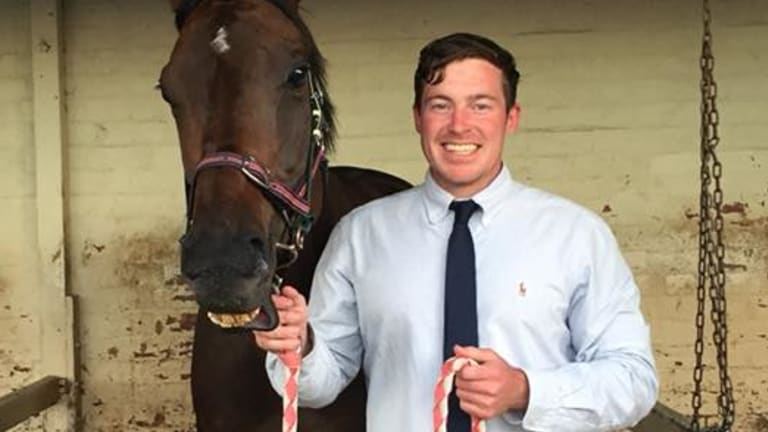 QRIC Commissioner Ross Barnett said it will be alleged the race-day treatments of racehorsesoccurred at Ben Currie’s Hursley Road stables in Toowoomba on April 7.

“The first treatment allegedly occurred pre-dawn that morning and the second was the suspicious activity the QRIC Integrity Investigations Team members witnessed while monitoring the premises," he said.

“It was also alleged that race-day treatment occurred at the same stables before Ben Currie trained horses were transported to race at Doomben and Gatton on March 24."

Two Currie Racing stablehands have already been suspended as a result of the investigation and the inquiries into the possible involvement of other people were continuing.

Mr Currie snr has been charged with breaching Rule 178E, which states: "No person without the permission of the Stewards may administer or cause to be administered any medication to a horse on race day prior to such horse running in a race".

He has also been charged under Rule 175a, which states: "The Principal Racing Authority may penalise any person who, in their opinion, has been guilty of any dishonest, corrupt, fraudulent, improper or dishonourable action or practice in connection with racing".

Mr Currie snr has entered a plea of not guilty to the charges and the matters were adjourned while a hearing date was set.

Mr Bartnett said the charges did not signify the end of the lengthy investigation.

“I expect further disciplinary action may be taken as QRIC continues to analyse items seized fromthe stables including CCTV, saliva, urine and blood samples and phone records," he said.