Top trainers gear up for jumping tests at Warrnambool

The autumn carnivals in Sydney and Melbourne are done and dusted. The big races in Adelaide and at the Brisbane winter carnival are yet to kick into gear.

It’s that one week of the year (in Victoria at least) where jump racing grabs its share of the spotlight when the great, the good and, seemingly, every punter in Melbourne, heads to Warrnambool for the May jumping carnival. 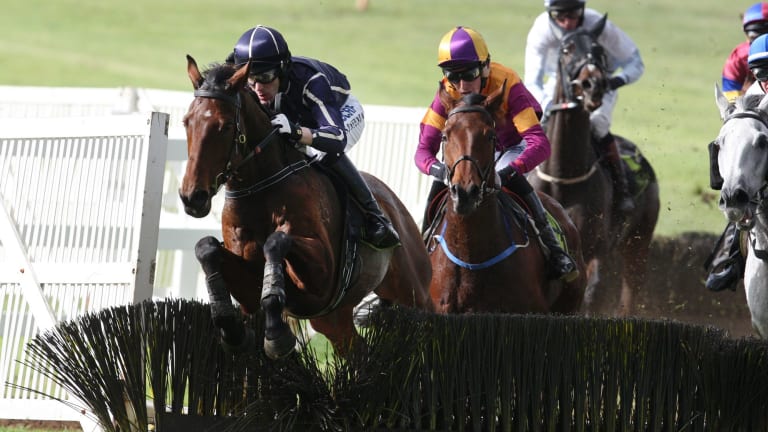 The week-long spectacular in the seaside town is often referred to as ‘‘schoolies for the over-40s’’, but it’s not just all partying, punting, wining and dining.

There is some serious money to be won, particularly in the big jumps races, and many of the state’s leading flat trainers like to ensure that they have a stayer or two who can step forward to claim a prize over obstacles.

The likes of Darren Weir and Gai Waterhouse regularly have runners over hurdles, as did the now disgraced leading handler Robert Smerdon, who sent out many top jumpers in his day.

Men like Eric Musgrove and Patrick Payne are acknowledged masters of preparing and conditioning steeplechasers, as is Ciaron Maher, a multiple winner of the Grand Annual, the centre piece of the meeting.

All have been quick to acknowledge that winning $100,000 over hurdles is just as worthwhile as winning the same amount in a flat race.

Others seem to be agreeing, as the figures for jumps horses in training this year suggest. According to Racing Victoria there are 134 horses hurdle qualified and 41 who have passed the test to compete in steeplechases.

Weir has enjoyed huge success with his jumpers at Warrnambool, but just as he is being challenged on the flat by David Hayes he will find the latter throwing down the gauntlet over jumps at Warrnambool too.

Ben Hayes, the junior member of the Hayes/Tom Dabernig/Hayes training triumvirate, says the stable will be targeting one of the jumps features at the carnival.

‘‘We have got two in the Galleywood Hurdle, Dane Hussler and Honey Steels Gold plus some other runners at the meeting [in flat races],’’ Hayes said.

‘‘We thought we would target it this year. We enjoy the jumping and it gives those horses that are at the end of their flat career another life. The good jumpers are safe, and they are really enjoyable.

‘‘I get a big thrill out of training them and watching them win, hopefully. We have the facilities to jump them at home, they get well schooled.’’

Dane Hussler won twice over hurdles last year, at Morphetville and Ballarat, while the six-year-old mare tuned up for her possible Warrnambool assignment by winning over 3600 metres on the flat in Adelaide last start.

Honey Steels Gold, a seven-year-old gelding, has won over hurdles several times and he showed himself to be in fine fettle recently when he scored in the $50,000 MJ Bourke Hurdle at Pakenham earlier in April.