TOTTENHAM fans were fuming on Twitter after VAR denied them a penalty during their 1-0 home defeat to Newcastle today.

Harry Kane had broken into the penalty area tracked by Jamaal Lascelles when the Magpies' centre-half lost his footing and fell at the feet of Kane. 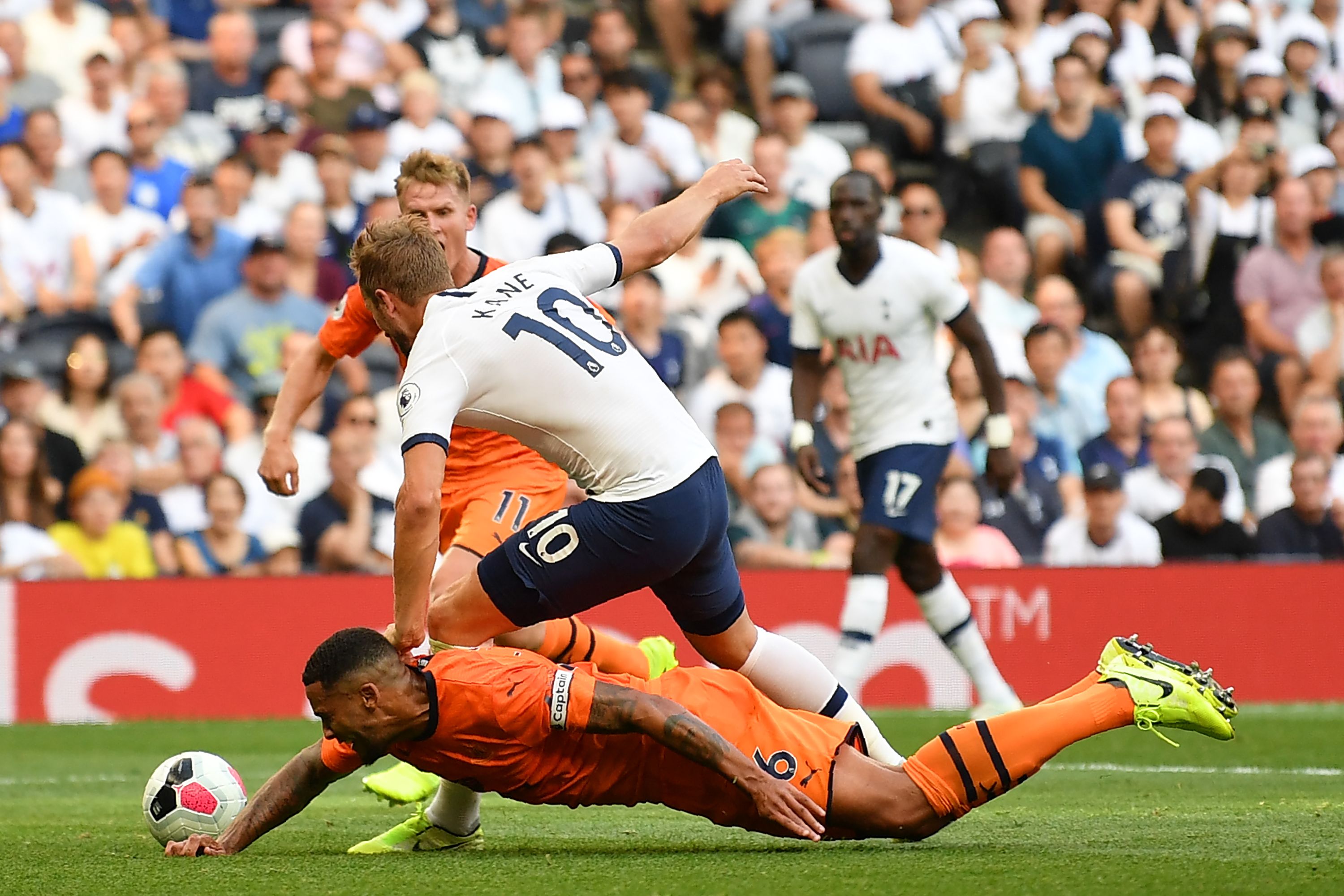 While there was contact made, the England striker appeared to lean into the sprawling defender to ensure he was touched before he went crashing to the turf.

Flamboyant ref Mike Dean waved play on and his decision was met with wild protestations from fans inside the ground.

But – amid protests from Spurs' players – the next time the ball went out of play, Dean held play up while the VAR was checking whether or not it should have been a pen.

Replays were shown and after a short delay, the message flashed up that the no penalty decision had been upheld.

And while opinion was split online, many bitter Spurs fans were fuming with the decision.

One tweeted: "VAR too scared to overrule the on field refs all weekend. They might as well not bother, the Chelsea and United games yesterday were a joke and now a rugby tackle on Kane is fine too?"

While another added: "VAR has had a shocker today. Two definite penalties not given. Lascelles with a blatant rugby tackle to Kane."

But Harry Lewis did not see what all the fuss was about and tweeted: "Rugby tackle? Watch it back lad, didn’t touch him Kane jumped on the floor. Blame Kane for missing the ball and blame Moura for missing an open goal."

Many called for a pen but one wonders how severe the protests would have been if Spurs weren't trailing at home to a club in the middle of a crisis.