Chelsea’s Brazil midfielder Willian, 31, has hinted he could sign a short-term deal until the end of the season as the Premier League campaign is likely to run beyond the end of his contract on 30 June. (Mail) 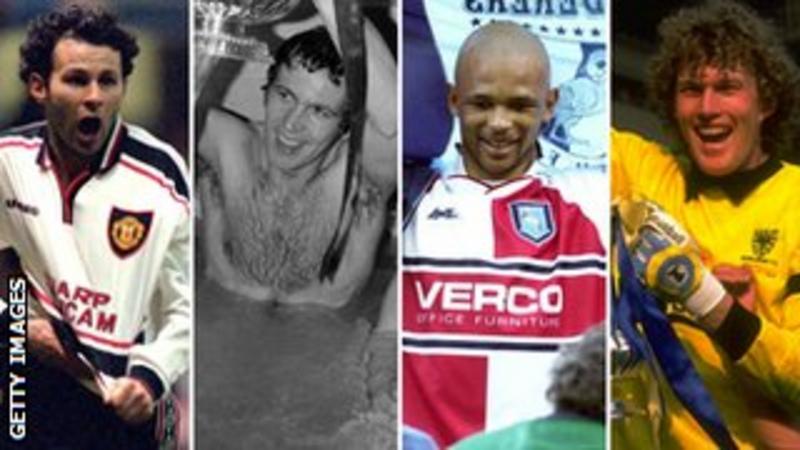 Read, watch and see if you agree with our list…

Manager Ole Gunnar Solskjaer has been assured that Manchester United will be competitive in the transfer market this summer after they revealed the coronavirus pandemic has cost them £28m. (Express)

Bayern Munich had stepped up their interest in Jadon Sancho before the season was paused by coronavirus, but Borussia Dortmund, who are confident they can secure a £100m fee for the 20-year-old England midfielder, will not sell to their Bundesliga rivals. (Metro)

Former Tottenham manager Mauricio Pochettino’s gardening leave has expired and he says he is looking for the “right project”, amid rumours linking him with Newcastle. (Express)

Bayer Leverkusen’s 20-year-old Germany midfielder Kai Havertz, who has been linked with Liverpool, Manchester United and Chelsea, has been warned off a move to the Premier League by forward United and Tottenham forward Dimitar Berbatov. (Evening Standard)

Chelsea are interested in Barcelona’s 18-year-old Dutch defender Xavier Mbuyamba as they look to invest in youth because of the financial impact of coronavirus. (Evening Standard)

Chelsea’s search for a goalkeeper has been dealt a blow as Germany international Marc-Andre ter Stegen, 28, is set to sign a new five-year deal at Barcelona. (Sun)

Paris St-Germain have made an opening offer of £44.7m plus £8.9m in add-ons for Argentina striker Mauro Icardi, 27, who has been on loan at the French club from Inter Milan since last summer. (Sky Sports)