In typical style, Julie Fitzgerald has played down every aspect of her looming 300th match as a national league coach.

Much of this week hasn't even been dedicated to the Giants, who are out to turn the tables on Super Netball premiers Sunshine Coast on Sunday, after faltering in last year's grand final. Fitzgerald's attention instead has largely been on her son's wedding, which took place in North Sydney on Friday. 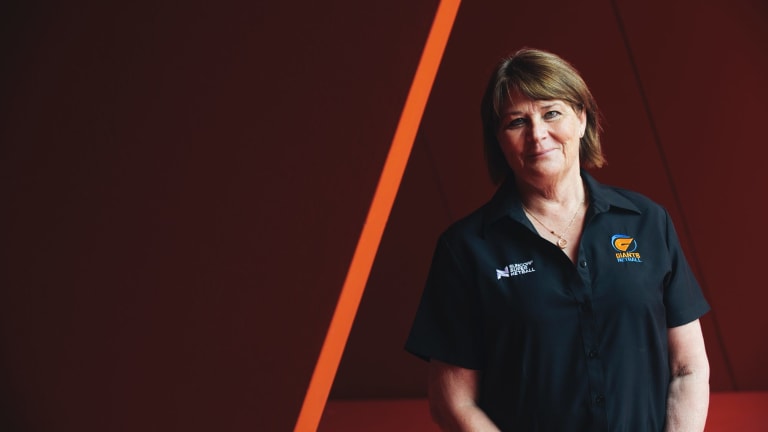 300 not out: Julie Fitzgerald will coach her 300th game today.

Family has always come first for the proud mother of four, but in two decades of coaching at the top level her family has grown to include dozens of players who have benefited from her tutelage.

"I really love young people, I love being around them, I think they keep you young, watching them grow and develop off court – I get enormous satisfaction out of that side of it as well," Fitzgerald says.

"People like Liz [Ellis] and Cath [Cox] and Alison Broadbent and Kimmy [Green] now, they'll be friends long after they finish playing netball. I do treasure that. I think I'm very fortunate that I've been able to form those relationships and some of these people are enormous role models for my own daughters and they would count people like Liz and Cath as close friends of their's now, and I think we've been very lucky to be in that situation." 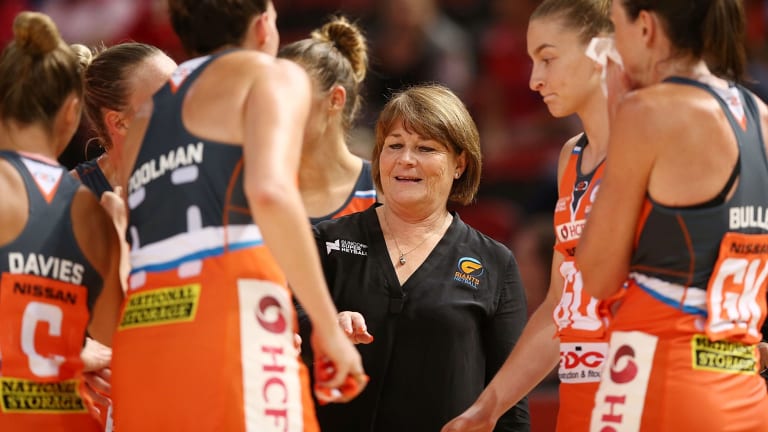 Ask her what it means to reach a milestone like 300 games, though, and Fitzgerald tells you it's just another number.

"I haven't reflected on it in any way – I just think I'm really lucky," she says.

Fanfare has never been Fitzgerald's thing. When it comes to netball it's about the girls she is coaching, not about her.

The Giants are preparing a touching tribute at the Qudos Bank Arena on Sunday to honour their coach's unprecedented achievement, but if Fitzgerald had her way there'd be no video montage, or flowers, or other gifts.

She'd rather just take home the four competition points on offer for a win, and the four bonus points available in the revamped structure this year that rewards teams for winning each quarter.

"I absolutely love it, I love competition," Fitzgerald says when asked how she's maintained the fire in her belly for so long. "Training's great, but I really, really love match day and I love the competition and I love the fact that you get to plot and plan and hopefully it works."

Her coaching journey, which has yielded four premierships, began while she was still in high school.

Like so many of the greats, think Wayne Bennett and Craig Bellamy for example, she wasn't a great player. Her skill was as a mentor. Coaching junior club teams at the Ku-ring-gai Netball Association quickly turned into running junior and then senior representative teams.

She remained there until 2011, then had stints at the Australian Institute of Sport and the Waikato Bay of Plenty Magic in New Zealand before being approached to head up the Giants in last year's inaugural Super Netball season.

One of her first moves was securing Kim Green as the club's first captain.

"She started my love affair [with netball]," Green says. "I was doing all different sports and when she came and asked me to sign for the Swifts at the age of 16, it changed my whole life, so I have her to thank for the last 15 years.

"I know she would say that she didn't really have that much of a part of it, but she believed in me every step of the way. She'll never probably really understand the amount of positive effect she's had on my career.

"She just gets you. She is like a mum. She understands when you're down, she understands how to create an environment where you feel comfortable.

"She speaks to my mum and says Kim needs a housekeeper because she doesn't have time to clean the house. No other coach would ever think to do that, but she goes to bed thinking about those things."

Fitzgerald's influence is also starting to spread to the Super Netball coaching ranks.

Ex-Swifts coach Rob Wright was given his first assistant opportunity under Fitzgerald and his replacement, Briony Akle, played under her for many years at the club. Akle makes her Super Netball debut as a coach on Sunday.

"She brings out the best in players, and I've taken that from Julie. She cares about those athletes, not just as a netballer on the court, but when you walk away, she still cares."