THE all-weather season marches on in style and today's highlight sees a cracking field take to the sand for the 1m4f London Middle Distance Series Final.

The 98-rated Island Brave heads the field seeking a whopping first prize of £43,500. 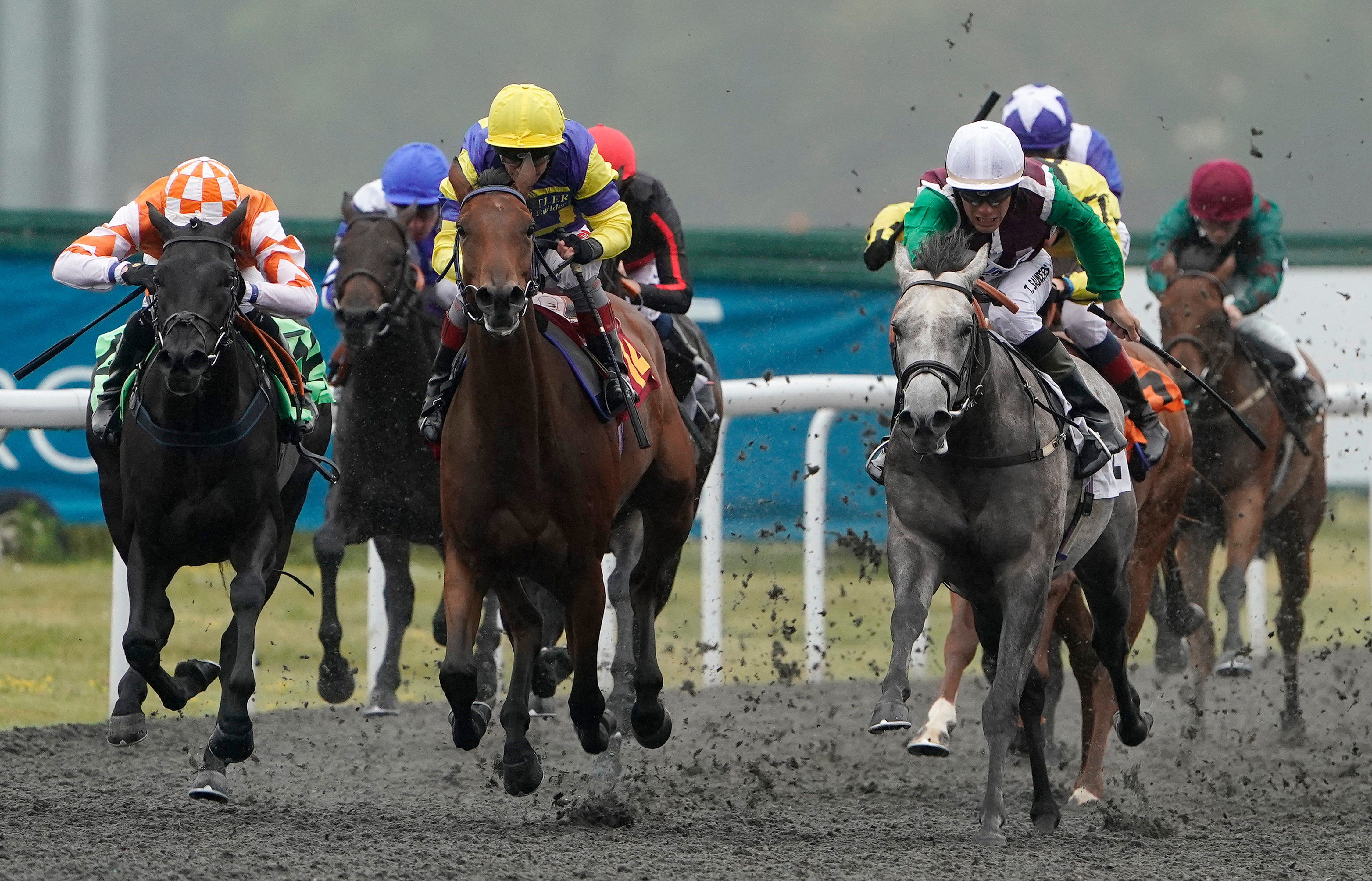 Favourite for this massive midweek prize is John Gosden's Good Tidings – and the Clarehaven maestro will be hoping his improver can give him some early Christmas cheer.

He's certainly been progressive in his four starts to date, winning twice before finishing a decent second in a slightly weaker race than this last time.

He surely has bucketloads more to come for his top outfit but a first-time visor at this stage of his career spells danger.

Clive Cox's Just The Man narrowly saw off Good Tidings last time out and the step up to middle distances has clearly worked a treat for him.

Don't miss out on all the best of Sun Racing

A 3lb rise isn't harsh but he'll need to be more alert in this deeper race from a wide draw.

Another who's copped a wide draw is THE PINTO KID, but that shouldn't matter so much as he likes to come from off the pace.

James Fanshawe has a wicked record at Kempton and his improving four-year-old was an emphatic winner over 2f further.

He should get a strong enough pace here to deal with the drop in trip and rates a very solid contender.

Others with claims include hat-trick seeking All Yours, who was a fine winner over this trip and track last time out, and Emirates Knight, who has a formidable record on synthetics.

Island Brave has a shout under crack claimer Angus Villiers, while Kyllachy Gala could go well from the bottom of the weights.

How I scored a big laugh from the great Pete Hamill