MMA star Mackenzie Dern showed off a bloody nose after hearing it break at UFC 256 – despite her coach lying about it mid-fight.

The 27-year-old secured a unanimous points win over Virna Jandiroba in their strawweight bout on Saturday. 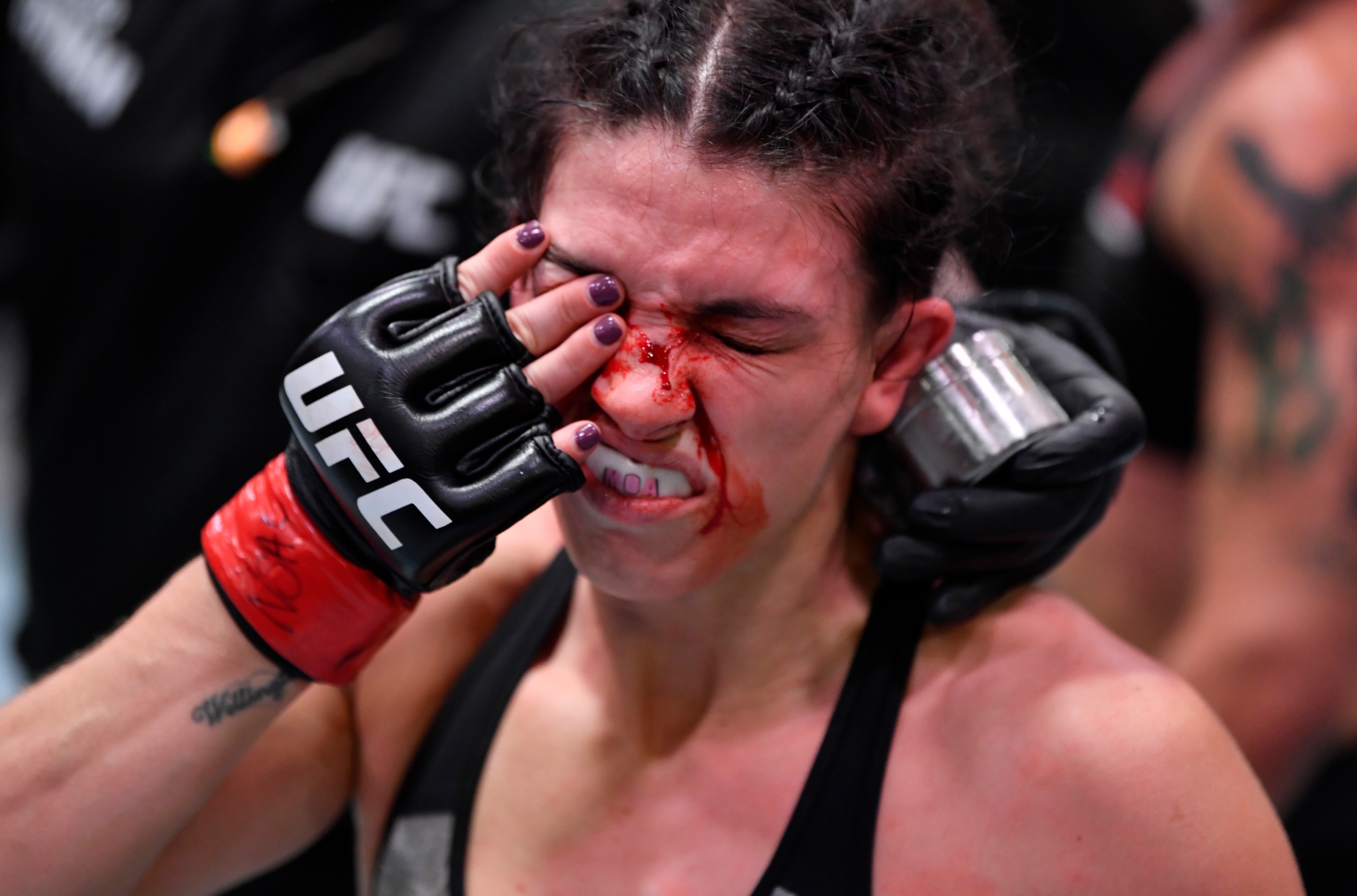 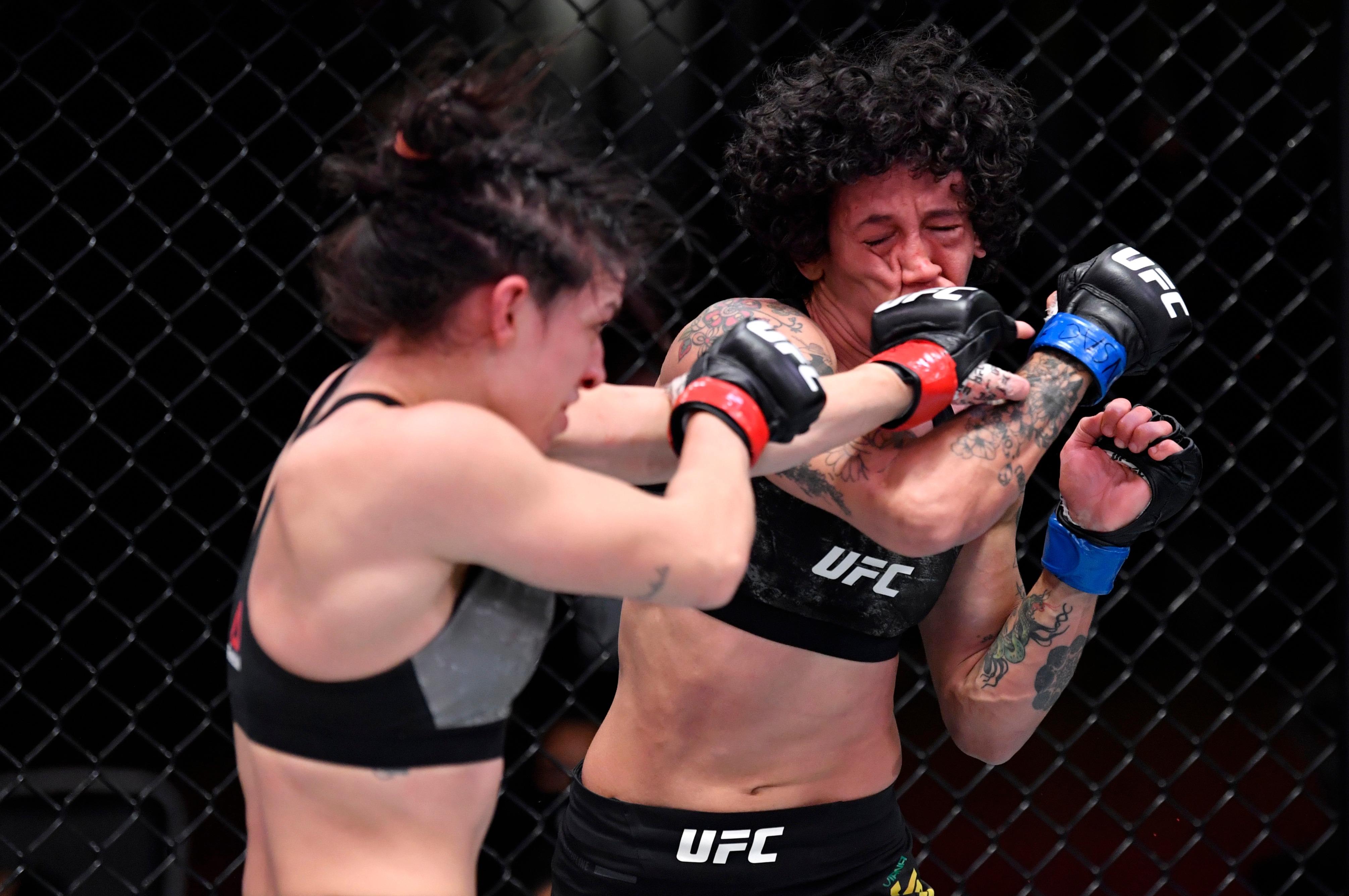 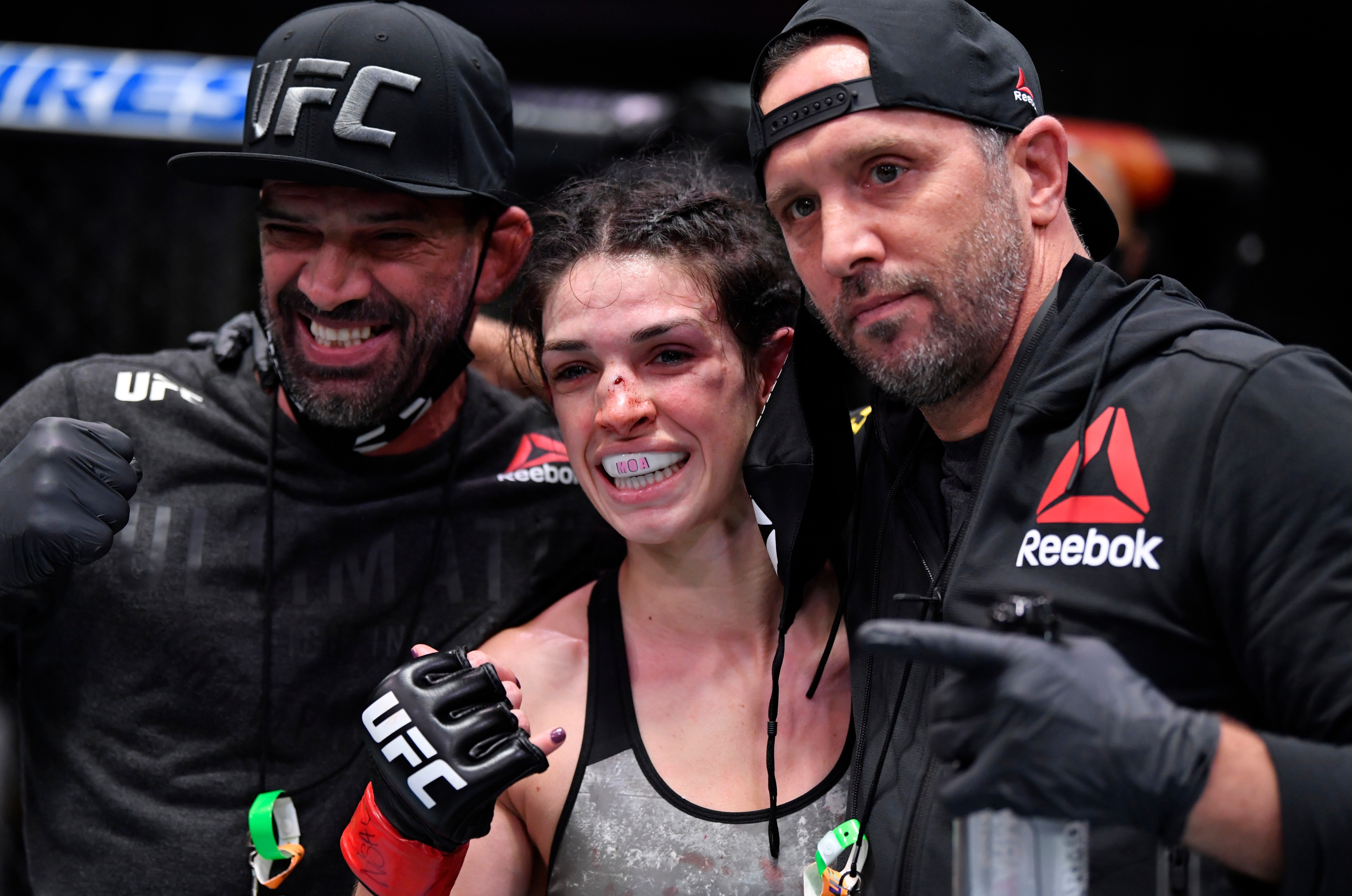 For the first time in her career she bust her nose but still managed to get the win thanks to a cheeky white lie from her coach Jason Parillo – who said it was just a cut.

Speaking to press after the fight, via MMA Junkie, Dern said: "I don’t think I’ve ever really got a lot of blood in a fight before, so when I got it, it didn’t hurt too bad.

"I just heard the sound. But when I started to see all the blood, I thought, ‘OK, maybe it’s a cut.' I’m praying it’s a cut!

Parillo's reassuring words helped sceptical UFC star Dern bite down on her mouthguard and get the job done.

She focused on the job at hand and having trained with Parillo to improve her striking, came away victorious with three 29-28 scores from the judges.

It sealed a tenth career win for the Brazilian-American professional.

And despite the close nature of the fight at the Apex Facility, Dern was confident she had done enough to get what she saw as a deserved verdict. 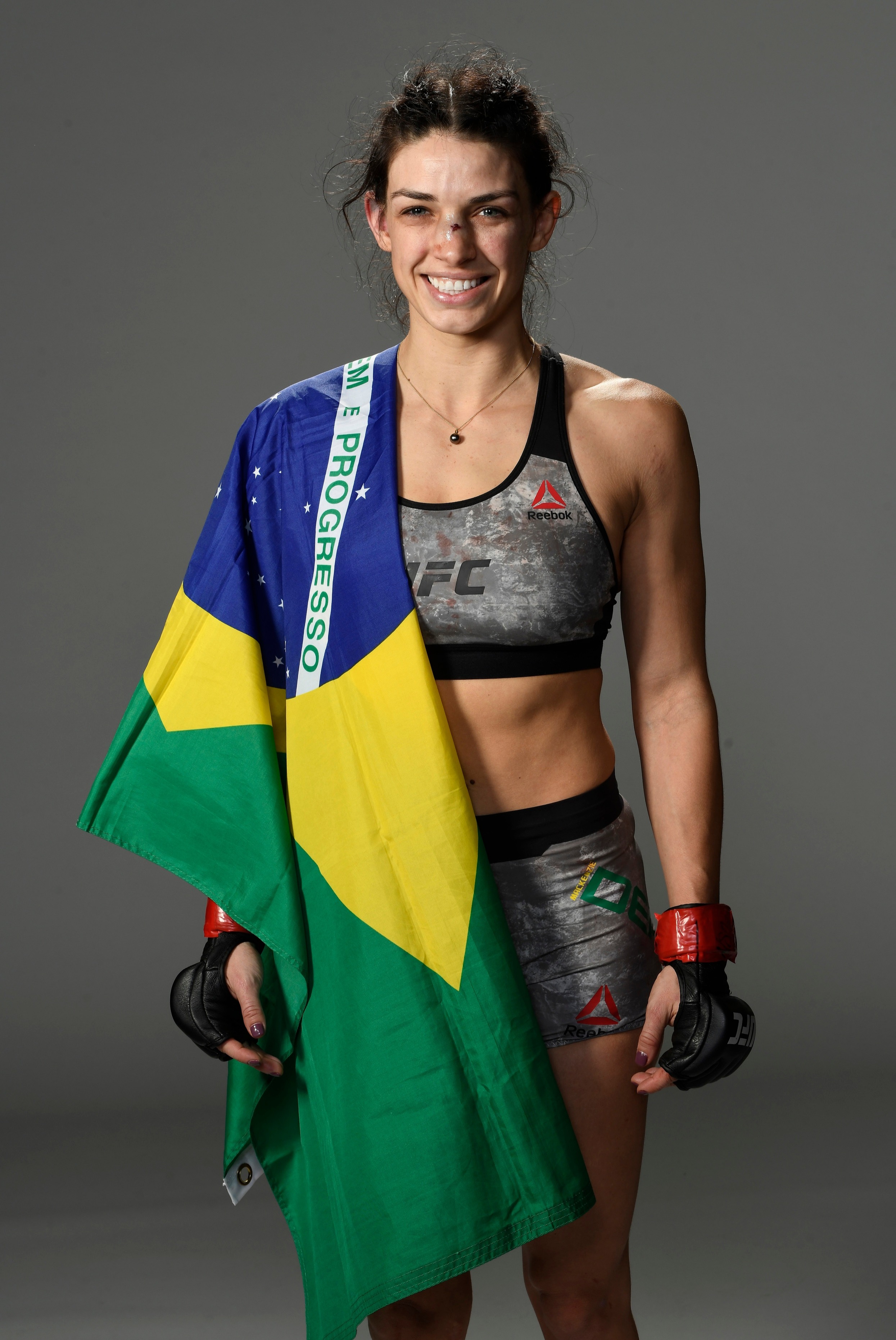 Dern added: "Yeah, I thought I won. I thought it was two for me, one for her."

She even joked that she should have been given a round for coming back from the facial fracture.

Dern said: "I thought like, ‘Man, I broke my nose and I tried to come back in the third round, so I hope they give it to me!'"

Elsewhere on the final pay-per-view showcase of the year, there were impressive wins for Charles Oliveira, Kevin Holland and Ciryl Gane, who defeated Tony Ferguson, Ronaldo Souza and Junior dos Santos respectively.