Leroy George has followed Rhys Williams out the door at Melbourne Victory after the star attacker confirmed he was in negotiations with three rival clubs in a jaw-dropping interview with Dutch media.

Victory confirmed George's departure on Thursday afternoon, after George took a potshot at the standard and structure of the A-League and went into great detail about how Victory players celebrated their grand final win earlier this year, lauding them for their "next level" approach to partying.

The 31-year-old laid it all on the table in a wide-ranging, brutally honest and occasionally hilarious feature article with Vice Sports. 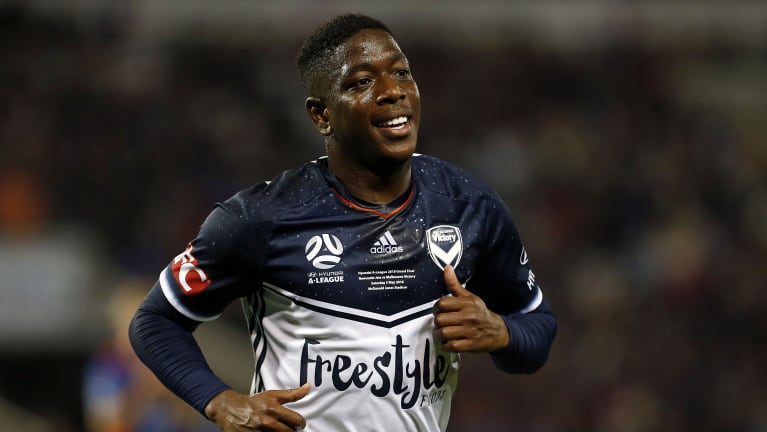 Leroy George was impressed with his teammates’ championship celebrations.

George seemed surprised that Victory were even in championship contention after finishing the regular season in fourth place, 23 points behind premiers Sydney FC on the ladder – a perspective shared by many foreign players who are unfamiliar with Australia’s grand final tradition.

"We had a week just partying. Crates of beer in the locker room … those teammates of mine have boozed all week," he said.

"What those Australians do is really next level. Those guys were in that week starting at 10 o’clock in the morning to drink.

"Man, they know how to party there."

George criticised the standard of the A-League as "not very high" but said he enjoyed his season with Victory and the relaxed Australian lifestyle.

But it will likely be his last in Australia, revealing the club had not "fulfilled their commitments" to his agent by offering him improved financial terms to stay.

George, who is in talks with other overseas clubs as well, said he would only return to the A-League if presented with a compelling financial offer to compensate from being "so far from home".

It is a bitter blow for Victory, who will also be without Williams next season after he was sold to Saudi Arabian club Al-Qadsiah on Thursday. 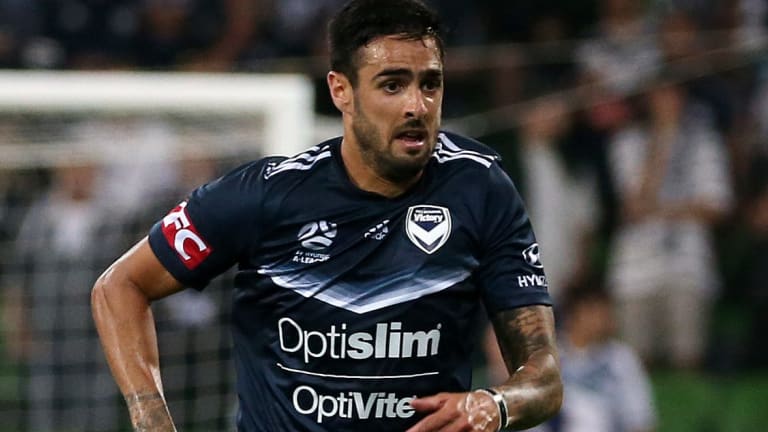 "Despite the club's best efforts over an extended period of time, the 31-year-old has rejected a substantially improved offer and is instead pursuing other opportunities," Victory said in a statement.

"Melbourne Victory would like to thank Leroy for his contribution and wishes him well for the future."

Williams, 29, was contracted for another year but cannot be begrudged the opportunity to take up a Middle Eastern payday after missing out on Australia’s World Cup squad as he moves towards the latter stages of a career that has been blighted by injuries.

"We are obviously extremely disappointed to lose a player of Rhys' quality," coach Kevin Muscat said.

"We'd planned for Rhys to be here for at least another season but in the end we honoured the agreement we made when he first joined the club, so we thank him for his contribution and wish him all the best.

"While it's frustrating when things like this happen we will continue adding quality players to the squad ahead of the new season".

Williams missed Victory's 1-0 grand final win against Newcastle due to injury but was one of their most important players over the course of the season.

It leaves Muscat with plenty work to do on the recruitment front after the recent departures of Besart Berisha to Japan and James Donachie to South Korea.

It's understood Muscat is lining up former Victory stopper Nick Ansell to partner Thomas Deng in the centre of defence next season.