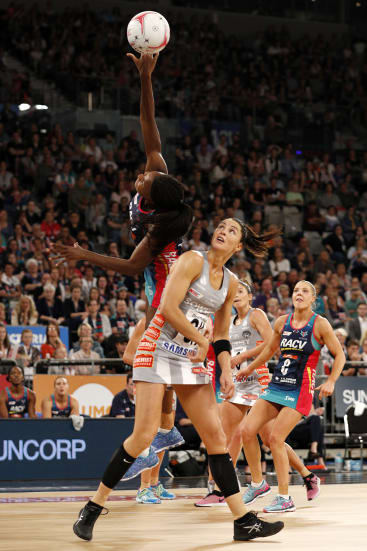 One thing is clear after Melbourne Vixens and Collingwood's first battle of the Super Netball season – and that is that very little separates the two premiership contenders.

The Vixens took the victory at Hisense Arena on Saturday as Mwai Kumwenda’s goal with 40 seconds to play and a late intercept from Emily Mannix gave them a 59-58 win in front of 6817 fans.

But across the game the Magpies were every bit as good as the Vixens and will no doubt become even better as the season runs its course.

The Vixens will toast shooters Mwayi Kumwenda and Tegan Philip for shooting a combined 59 of 62 goals compared to Collingwood’s 58 of 67 – when the sides are as good as these two, misses and turnovers become even more costly.

Vixens defenders Jo Weston and Emily Mannix were exceptional throughout Saturday’s game and wing defence Chloe Watson was just as effective pressuring the Magpies at every turn and swiftly moving the ball up the court.

Magpies’ Madi Robinson and Kim Ravaillion led their side and returning Magpies star Sharni Layton grew into the contest after her time out of the game. Kumwenda starred despite Layton’s presence but the passing from her teammates played to the Malawi shooter’s reach and movements.

The opening term set a frantic baseline for the contest as Caitlin Thwaites opened the scoring then the two sides traded goals.

Missed shots or turnovers were few and far between but the Vixens blinked first and soon the Magpies had a 15-10 lead. 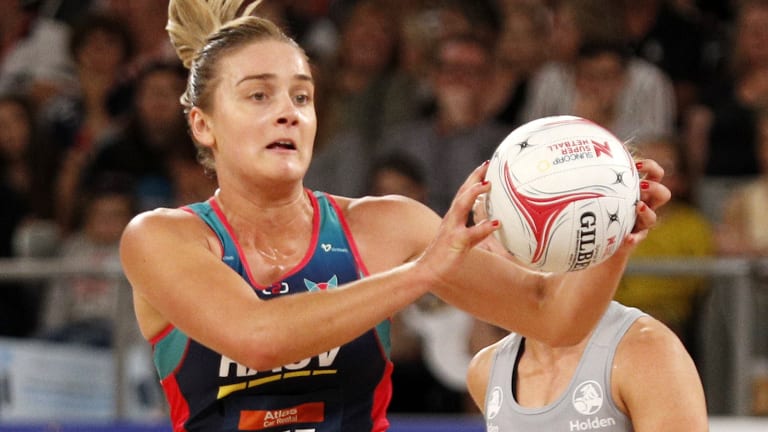 Liz Watson controls the ball for the Vixens.

Vixens coach Simone McKinnis could have swung the changes but was rewarded for holding firm as her starting side closed the margin to 17-17 before Thwaites' goal right on the quarter-time siren gave the Magpies a one-goal edge.

Losing the first bonus point of the season didn’t shake the Vixens who received a crucial boost from their defence in the second term and Emily Mannix and Jo Weston caused multiple intercepts or turnovers. Almost of all them turned into goals at the far end as the Vixens went eight ahead.

Philip and Kumwenda were almost perfect for the half shooting 33 of 34 goals for the half and Philip rebounded her only miss before converting the shot.

Erin Bell and Thwaites both had misses during the term but they recovered their aim to cut the lead to 33-27 at the half.

The Magpies were resurgent in the third term making their run back into the contest late in the term as the Vixens missed some shots and the Magpies were able to force some intercepts.

Layton’s intercept immediately lifting supporters although Vixens skipper Kate Maloney had a steal of her own which helped her side notch a late goal and keep a 47-45 lead at three-quarter-time.

Bell tied the scores and Thwaites gave the Magpies a slim lead midway through the last term but the Vixens battled back to within a goal and Kumwenda tied the game at 57-57 with under two minutes to play.

A pinpoint lob pass allowed Kumwenda to give the Vixens the lead with 40 seconds to play before Mannix’s intercept and some timely passing gave them the win.