Michael Hooper says there was a degree of immaturity about the Waratahs' humiliating loss to the Lions last week but believes the defeat will toughen them before four consecutive matches against New Zealand opposition next month.

The Waratahs have the bye this weekend and will resume training on Thursday after a few days of soul searching. 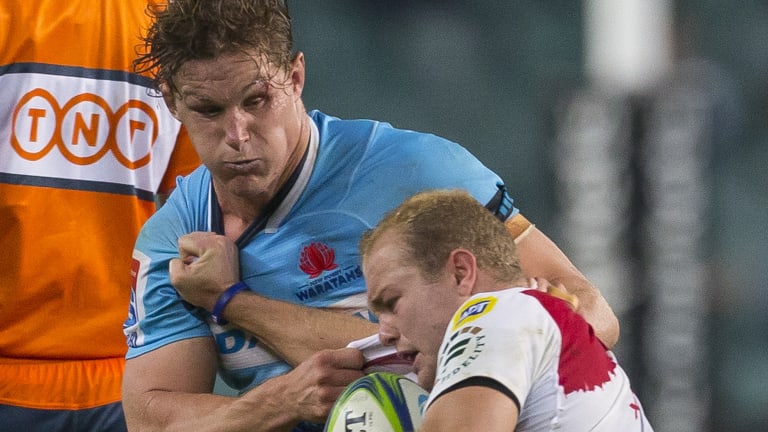 Stepping up: Michael Hooper was the best of a bad bunch for the Waratahs against the Lions.

NSW were kept scoreless for the first time in Super Rugby, dating back to 1996, in a lacklustre performance against South Africa's conference leaders, the Lions.

The 29-point defeat has not sat well with Hooper, who was one of the Waratahs’ best on an evening where they struggled with their shape and putting into practice what they had spoken about all week.

“Once we got a few points behind and we were chasing the game we tried to do those high pressure plays and that unfortunately showed a bit of immaturity in our team,” Hooper said. "[It is] something we’ve got to improve at. 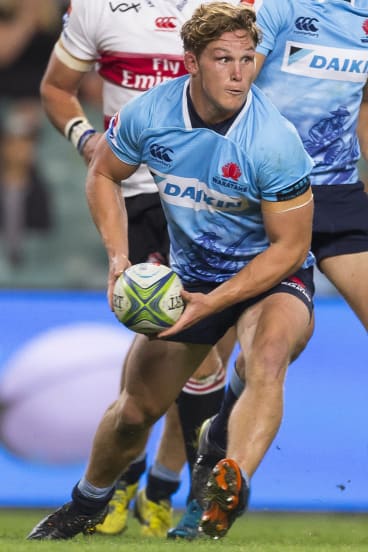 Slip-up: Waratahs captain Michael Hooper during his side’s heavy defeat to the Lions in Sydney on Friday.

“What probably the leaders of the game managers within that Waratahs group didn’t do well was play to where the Lions weren’t strong. Where they are really strong is they get in your 22. They score points and for whatever reason because maybe we started to feel like we couldn’t score points, we were getting frustrated. We started playing out of that area. Sure enough they turned it over and were just able to wear us down with their maul, scrum.”

The Waratahs are no strangers to adversity. Last season they managed just four wins and were under all sorts of scrutiny before getting their act together this year to boast one loss in their first seven games.

Hooper is viewing the Lions slip-up as an opportunity to rebuild and knuckle down before clashes against the Blues, Crusaders, Highlanders and Chiefs in May.

“It’s hugely disappointing for our group and now to have to sit back for two weeks and not be able to do anything is really frustrating,” Hooper said. “I’m sure when we come back at the end of the week, we’ll come in as a group and address some of the issues that went on in that game. We’re dying to get down to Brookvale and play the Blues.

“It can be a really strong opportunity in the fact that we identify what happened, that we went away from our game plan, and how important it is for a team like us to stick to it. We failed at that test but it’s going to put us in good stead coming up against good sides.”

NSW (24 points) are still on top of the Australian conference ladder, ahead of the Melbourne Rebels (21), ACT Brumbies (15) and Queensland Reds (13).

All four Australian teams were beaten in the last round, by an average of 19 points. With a three-Test series against Ireland less than seven weeks away, Hooper defended the quality  of rugby being produced by Australian sides.

“We’ve got to build resilience,” Hooper said. “One loss doesn’t define your season. One loss doesn’t mean you’re a bad team. The Rebels went five [wins] and 0 [losses] … with bonus points. They’ve got a lot to be confident about and likewise with the other Australian teams. There’s still so much left in the season. Everyone is in with a shout and competitive.”