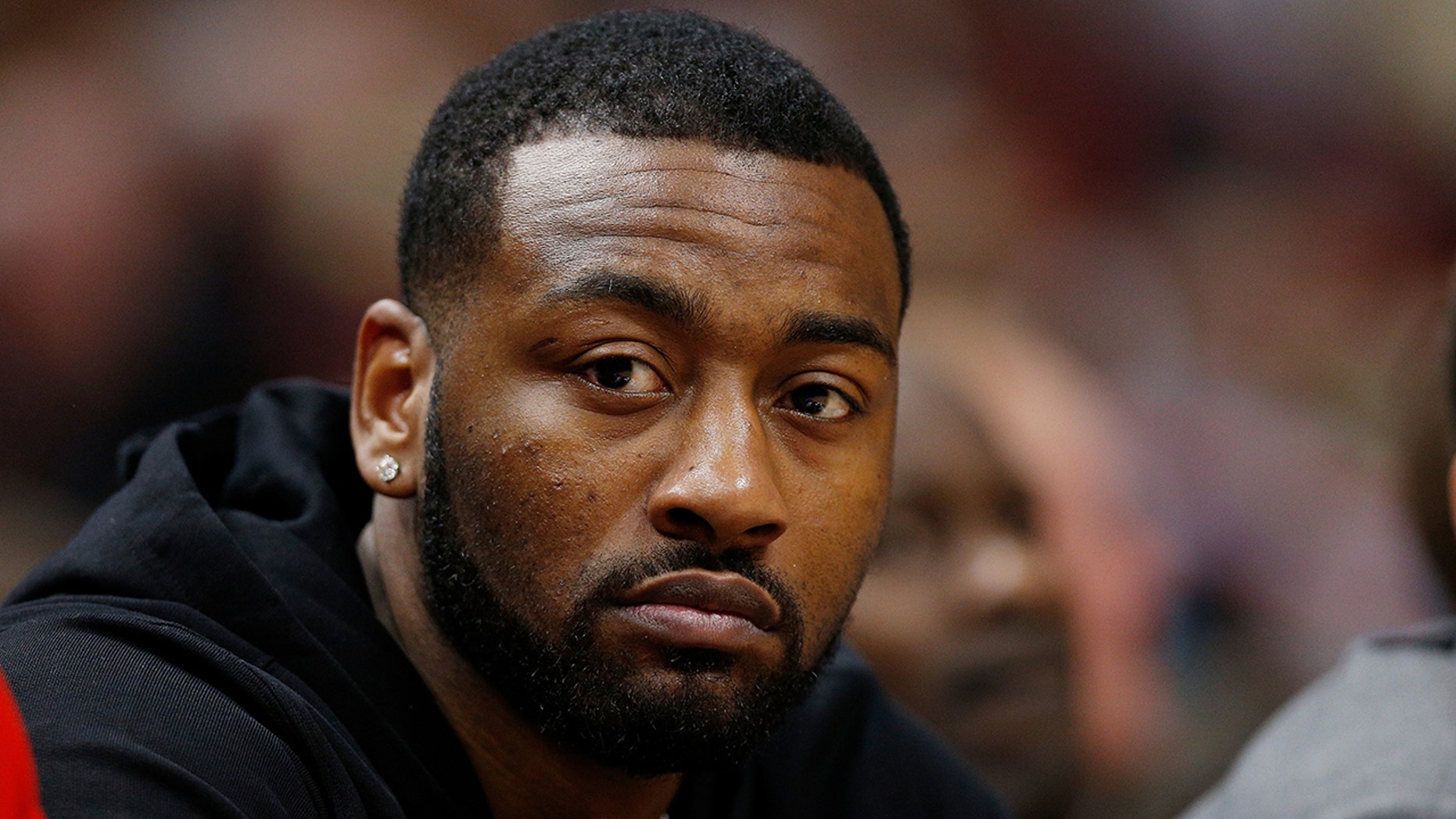 John Wall #2 of the Washington Wizards is recovering from a ruptured Achilles’ tendon he suffered during a fall in his home in late January 2019.
(Michael Reaves/Getty Images)

Washington Wizards point guard John Wall will likely be benched for at least 12 months as he recovers from a ruptured left Achilles' tendon that he suffered as a result of a "slip and fall" at his home, the NBA announced on Tuesday.

The 28-year-old basketball star was already out for the season after undergoing an operation on his left heel, which was performed by Dr. Robert Anderson in Green Bay, Wisconsin, in early January. Wizards team doctor Wiemi Douoguih revealed to reporters this week that he discovered the partial rupture of Wall's tendon during a procedure done Monday to address an infection from the Jan. 8 surgery.

"He never heard a pop," Douoguih said of Wall's Jan. 29 tumble. "He had a slight increase in discomfort."

Wall, a five-time all-star who averaged 20.7 points for the Wizards this season, has yet to publicly address the devastating update — but he did clap back at a post online poking fun of his recent injury.

Clearly, Wall was not amused.

"Funny guy and all that, but I'll see u around bra," he replied.

A series of injuries has sidelined Walls in recent years.

In December, Wall underwent surgery on his left heel, ending his season. Last season, he had an operation on his left knee, leaving him only able to play about half of his team's scheduled games. He also had surgery on both knees before the 2016-17 season.

“I am determined to lead this team back to the playoffs and getting healthy is the best way for me to accomplish that,” Wall said in a statement back in 2016, The Washington Post reports. “I can promise the fans, my teammates and the organization that I will be focused on that goal throughout the summer and it will drive me to do everything I can to be ready for next season."

But his latest injury may be his most devastating.

“I talked to him this morning. It sucks. It’s unfortunate,” Cousins — who also recently suffered a ruptured Achilles' tendon — told reporters, according to The Washington Post. “But me knowing John as well as I do, I know he’ll overcome this. There’s no doubt on my mind about that. He’s overcome a lot of hard obstacles in his life. Just add this to the list.”

Say what you want about John Wall, but the dude always wants to be out there fighting and battling with his teammates … heartbreaking."

Walls' fans, too, shared concerns about the guard's future given the recent news.

"Say what you want about John Wall, but the dude always wants to be out there fighting and battling with his teammates. Even after another bad luck injury he feels like he has let his coach and team down. Heartbreaking," one NBA fan tweeted.

"Just heard about the devastating injury to John Wall, ruptured his Achilles’ tendon out for a full year I can’t even imagine not doing something I love for that long," another added.

"This @JohnWall news is devastating. It's so bad I can't even think about the implications for the team and me as a fan. All I can do is think about how I feel for John. Crushing news," a third wrote.

Others wished Wall well as he prepares to undergo another surgery, which is probably going to happen next week.

"My 9yo son Cole and I are headed to Indy tonight. We hope you recover soon," one father tweeted at Wall.

"Speedy recovery sir. Son and I love watching you on the court," another echoed.

"Sheesh, no Achilles is safe. Come back fully recovered @JohnWall," a man tweeted.