STEVE BRUCE was left apologising after accidentally elbowing a linesman in the face during Newcastle's clash with Liverpool.

A missed Callum Wilson chance in the first-half of Wednesday's game saw the Toon boss leap up in agony.

However, crossing in front of Bruce at the unfortunate moment was assistant referee Harry Lennard.

Bruce's over-excited reaction caught the lino, who could not duck out of the way in time.

Lennard nonetheless escaped unscathed and immediately carried on his duties down the line.

That left a red-faced Bruce apologetic as he put his arms on the lino, patting him on the back as he went on his way.

Amazon Prime co-commentator Ally McCoist saw the funny side of the incident and remarked that it would have been 'harsh' to book the Newcastle boss.

When jokingly asked if the challenge was a yellow card offence, he chuckled: "I don't think so. 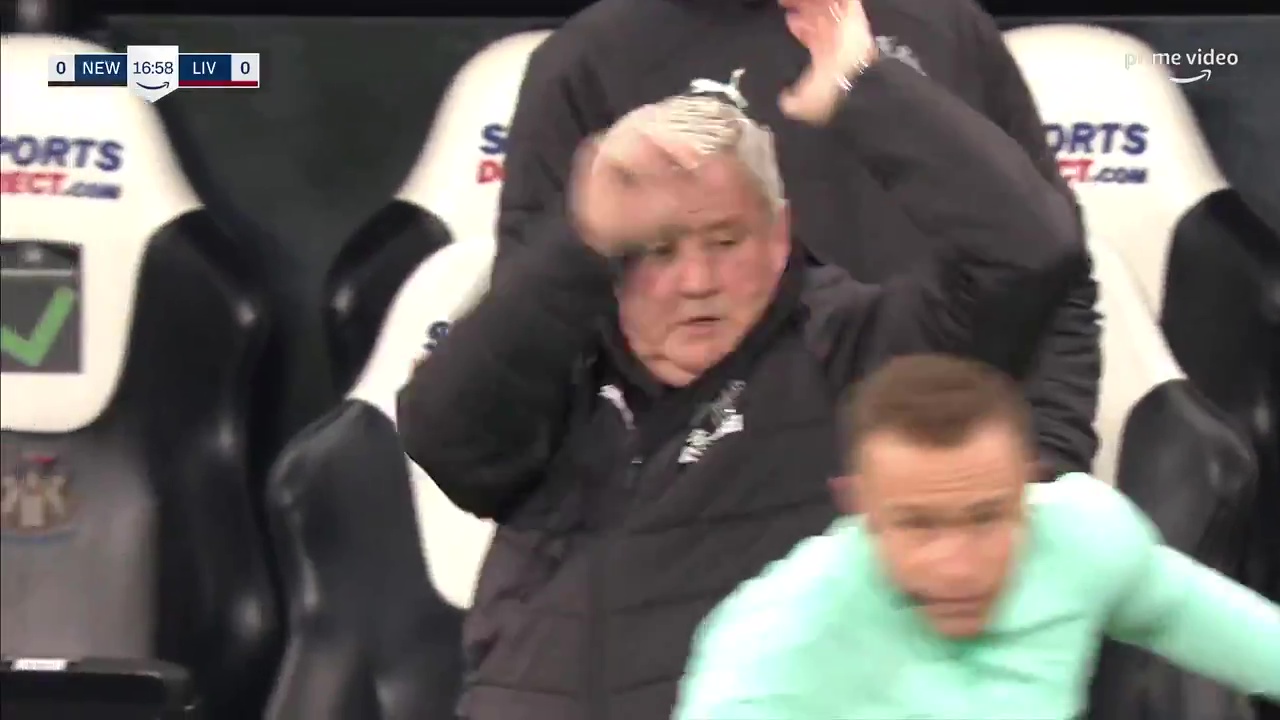 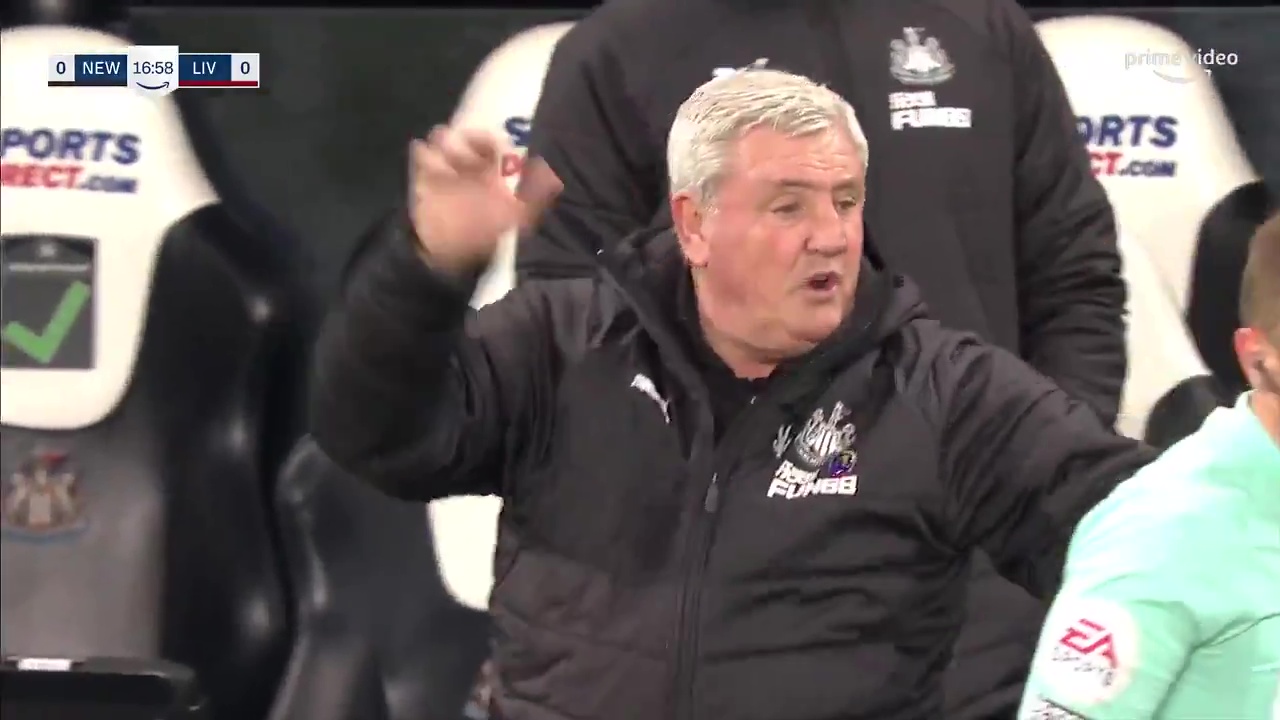 "That would certainly go down as a harsh booking, no?"

In the last Premier League game of 2020, the sides faced off with the Reds two points clear of Manchester United at the top of the table.

Newcastle knew a shock win would send them up to 12th place.