Home » Sport » Wembley Q+A: If stadium is sold, where would England play and more…

Wembley Q+A: If stadium is sold, where would England play and more…

Wembley sale Q&A: Where would England play, how does it affect Tottenham and Chelsea stadium plans… and is NFL taking over?

As exclusively revealed by Sportsmail, the FA are primed to sell Wembley Stadium to Fulham owner Shahid Khan in an astonishing £800m deal.

There are plenty of questions on the lips of football fans… where will the national team play? Will the FA Cup final be affected? What will happen to the money?

With that in mind, Sportsmail‘s Laura Lambert answers the burning questions… 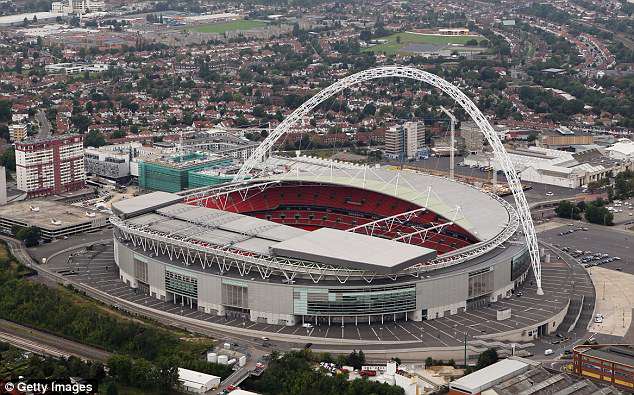 The FA bought Wembley in 1999, and owns it through its subsidiary Wembley National Stadium Ltd, but there are a number of stakeholders involved.

Who is behind the bid?

Shahid Khan, the billionaire owner of Fulham FC and more importantly Jacksonville Jaguars. Khan made his fortune producing car bumpers in the U.S. and is now one of the richest people in the world. His decision to bid will be heavily linked to hoped-for NFL expansion.

Where would England play?

Wembley would remain the home of English football but England’s autumn internationals would have to be played elsewhere, to make way for NFL games at Wembley, which would be held between September and December.

After the old Wembley closed its doors in 2000, England were on the road between February 2001 and February 2007, playing at 14 different grounds.

Where would the £500million go?

Wembley has a number of stakeholders and the FA still owes £113million to the public bodies (Department for Digital, Culture Media and Sport, Sport England and London Development Agency) that contributed to the £757million building project. It is likely the FA would pay off these grants using the £500million, and invest a large proportion of the remaining money into grass-roots football.

The FA has still not finished paying for Wembley, having taken a sizeable loan to build the stadium. In January it was announced that the FA still had £142million of debt remaining, and was due to pay this off in 2024. It is thought that Club Wembley revenue will be used to pay this off, not the £500million. 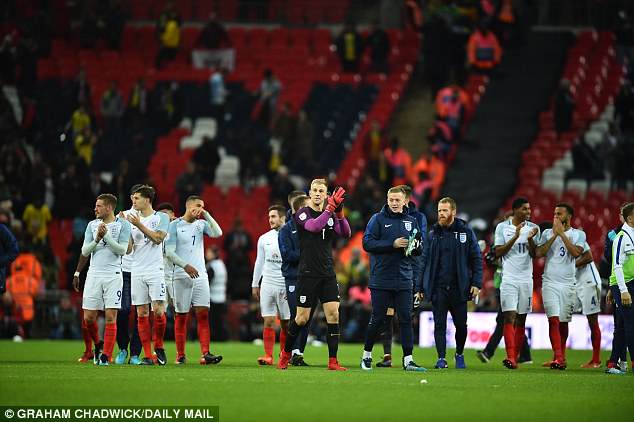 Where would ticket revenue go?

The FA would retain ticket rights for the events it holds at the stadium. This would mean that when it rented the stadium, for fixtures such as England games and The FA Cup final, it would keep the revenue from ticket sales.

What would happen to Club Wembley?

The FA would retain the rights to debenture and hospitality business Club Wembley, which is estimated to be worth around £300million. Club Wembley offers members premium seats for sports fixtures and priority access for entertainment events.

Would it still be called Wembley Stadium?

Wembley signed a multi-million pound, six-year deal with EE in 2014. The communications giant is the lead brand partner of the stadium, and it is not clear how this new deal would affect that contract.

Although the FA has stressed that the deal with EE is not strictly a naming rights deal, the official name of Wembley is Wembley Stadium connected by EE. This could, therefore, open the door for future naming rights deals.

Where would FA Cup, Challenge Cup Final and play-offs be staged?

The FA Cup final and semi-finals, The FA Community Shield, The FA Vase and Trophy Finals, EFL Cup Final, Rugby League’s Challenge Cup final and the Football League play-offs would continue to be played at Wembley.

Only the fixtures played at Wembley in the autumn would be affected. It is understood Euro 2020 fixtures at Wembley, which includes the semi-final and final, would be able to go ahead as planned. 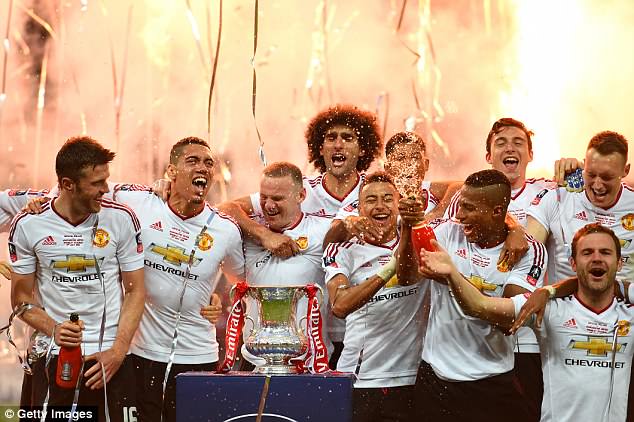 The FA Cup final would still be held under the famous arch, but rugby matches would move

How would Tottenham’s NFL plans be affected?

Tottenham already have a 10-year deal in the place with the NFL in 2015 to host at least two games a year at the new, £1billion White Hart Lane, and this should not be affected.

NFL invested £10million into the new stadium, which features the world’s first dividing retractable pitch. If Tottenham had harboured ambitions of hosting an NFL franchise at the new White Hart Lane, this could be affected by Khan’s bid. 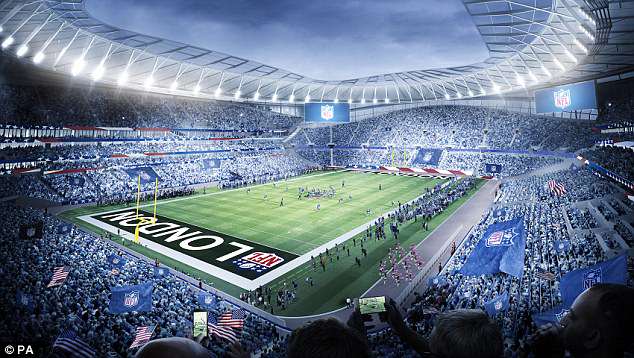 How might Chelsea and any plans to temporarily move to Wembley be affected?

Chelsea’s position was said to be ‘unchanged’. It is understood they would not be looking for a temporary home – during building work at Stamford Bridge – until 2021, and will monitor the situation regarding Wembley. It has previously been reported that Chelsea was considering renting Wembley for around £11million a season.

Would Wembley now be the home of the Jacksonville Jaguars?

The deal could pave the way for the first overseas NFL franchise. Shahid Khan made it clear that the future stability of the Jacksonville Jaguars was a key part of his bid for Wembley, and that owning Wembley would ‘protect the Jaguars’ position in London’.

He will need the green-light from NFL to move Jacksonville Jaguars’s franchise out of the U.S.. 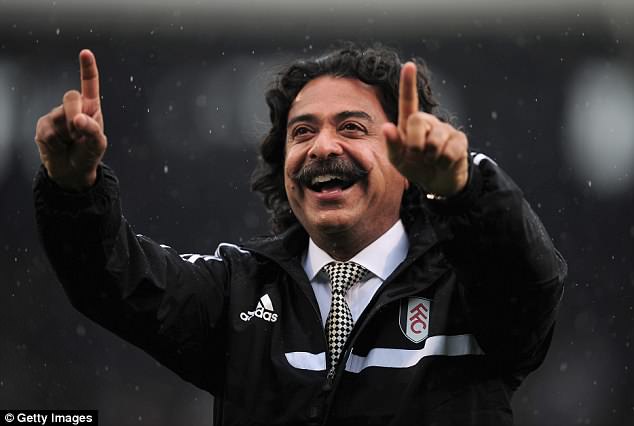 Ticket revenue for matches the FA holds at the stadium would stay with them, not with Khan

Where would the FA be based?

For the foreseeable future, the FA’s headquarters would continue to be at Wembley. The FA moved its base from Soho Square in central London to Wembley in a £17m move in 2009.