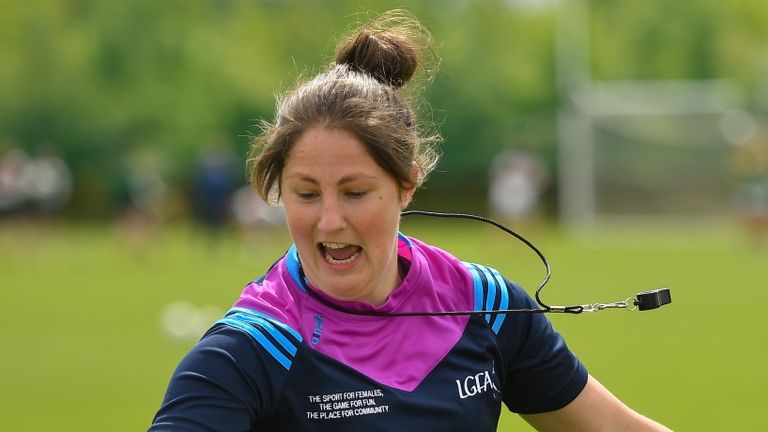 Spending endless hours on your haunches in the icy waters of the Avoca River is a long way down the list of most people’s ideal way to pass the time, but for Wicklow Ladies footballer Jackie Kinch, it’s all part of the job.

The 26-year-old Tinahely club player is into her 11th year as a Wicklow star, and as injuries began to creep into her sporting life, the powerful midfielder has turned to the natural healing powers of the deep to keep fit and primed for action.

A farmer and games promotion officer by trade, Kinch has not had the quiet lockdown of many, but she has maintained her regular pilgrimage to the river as she moved from isolated training to the recent return to club action.

“I love the river after training – it flows into the sea at Arklow. I think it’s as good as any foam roller or physio to a certain extent,” said Kinch, who won a TG4 Junior All-Ireland title with Wicklow in 2011.

“I picked up an injury two years ago and my hip flexor was giving me trouble. It was during the winter in February so it was bitter cold. I was up and down to the river two or three times a day. It beats any ice bath.

“If anyone had have looked down at me would have thought there was something wrong with me. I had a wooly hat and layers galore up top, and a pair of shorts from the waist down.

“I find it very good therapy. I enjoy going down after a session, I feel that it performs miracles for the old legs.” 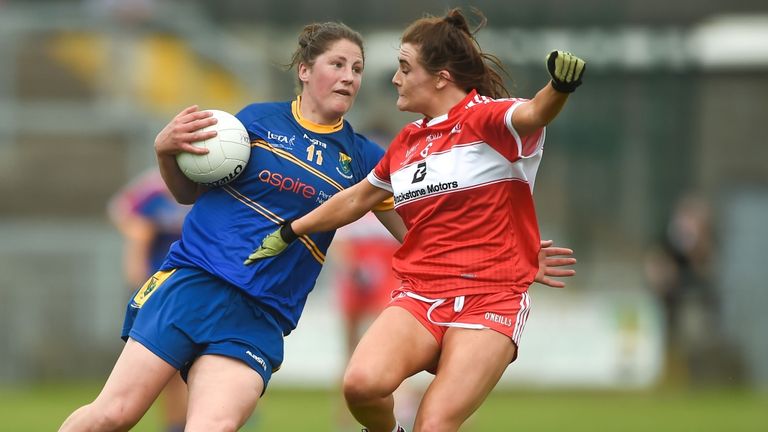 Kinch will make her competitive return to the playing fields when she lines out for her club Tinahely against rivals Ballymount in the first week of August. Already the club has returned to collective training and has played a practice game, but with club and county action to look forward to, she feels a new lease of life again.

“Going back playing with the county is something to look forward to, but the last few weeks have been great though. You play your club football with everyone you grow up with and you are so close to everyone. It’s nice to see all them and it has been great to be able to give that all my focus for once.

“During Covid I was in contact with the club girls more so than the county players. So it’ll be nice to get back in touch with all the county girls again down the line.”

Defeat to Leitrim in the Intermediate relegation play-off saw Wicklow exit the second tier in 2019, but as one of the favourites for the Junior Championship, Kinch says there is big excitement brewing.

“It was tough going back down Junior last year. It was a tough one to take because we didn’t finish bottom of our group, but it went to score difference and we had to go to the play-off. It was tough, but we’ll live and learn from it.

“I think Fermanagh and Carlow will be two tough teams for us, but it might be a bit more equal this year. The way things have worked out with the season it means a lot of people have been on a long break.

“It will all depend on how much work the players can do individually with their clubs. The clubs are setting us up fitness wise and skill wise for the county. It is all a bit more level of a playing field.” 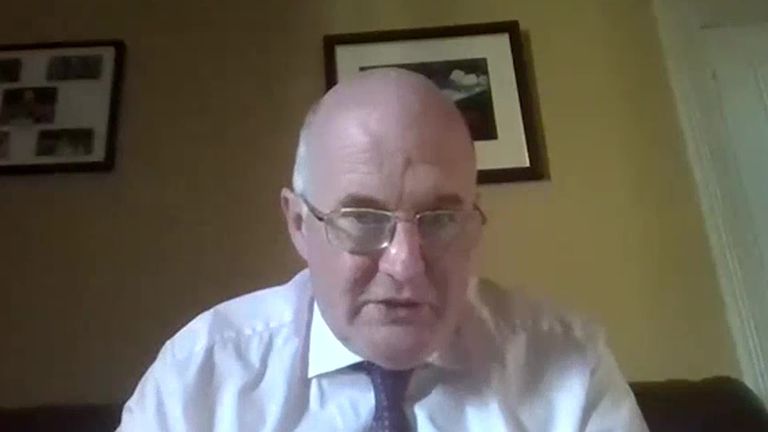 The Covid-19 lockdown meant that for the first time the Kinch family was unable to host its annual Ladies Football blitz in memory of Jackie’s sister, Ellen, who died in 2007 following a battle with cancer.

Instead of hosting the popular competition, the family teamed up with Barretstown Children’s Charity and raised funds for them as part of their #ChallengeThirtyTwo campaign. After clocking up a combined 320km, the Kinches were delighted to donate more than €6,000 to the charity.

“We were a little bit nervous doing it this year, it was a virtual event rather than a hands on event. We did 320km as a family: I did 240km on the bike and my parents and sister did the rest of it walking.

“The plan was to just do it ourselves, but we put it out to the public and if they wanted to join in they could. There was so many challenges going on during the coronavirus so we were a bit nervous and wondered if people were sick of all that at this stage, but we couldn’t believe the support we got.

“We have been running something since 2007, and for the family the competition means an awful lot to us. We would have went to Barretstown with Ellen when she was sick at the time. It was just phenomenal, it’s magical up there.

“It’s nice to be able to give back to them over the years and to give other families that experience as well. But 100 per cent we’ll be back next year with the blitz, all going well.”

While the regular jobs on the family farm kept Kinch on her toes all summer, much of her attention will now go towards winning the Wicklow Senior title again with the club.

“The club is great. I am becoming one of the older girls on the club team and you know you are getting on when that happens.