Third-placed Shrewsbury could only manage a 1-1 draw at home against relegated Bury, to all but end their hopes of finishing in the top two. 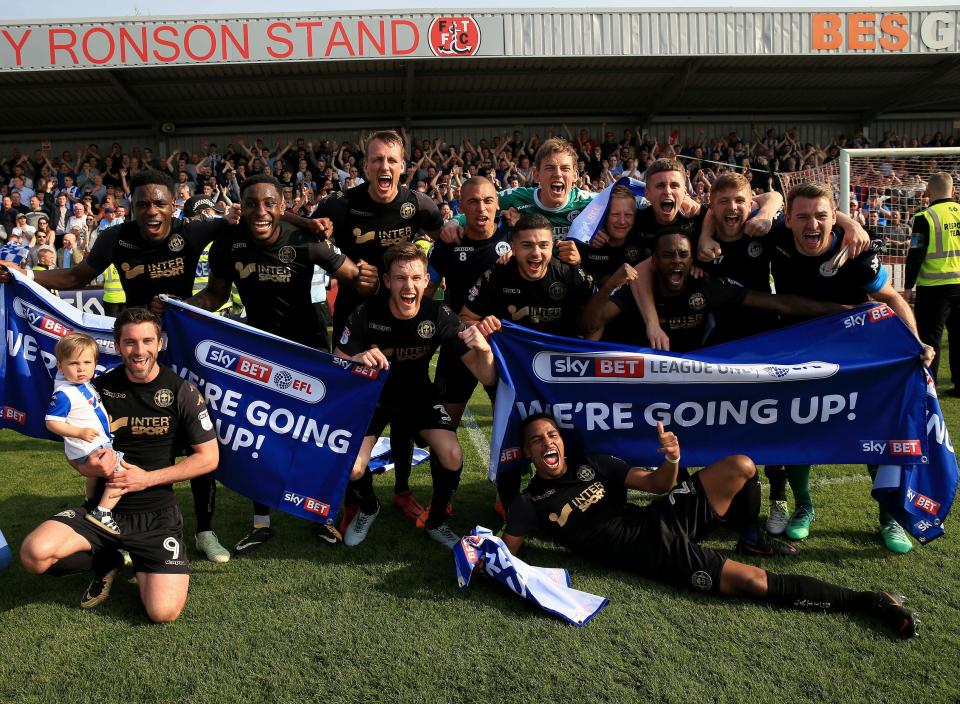 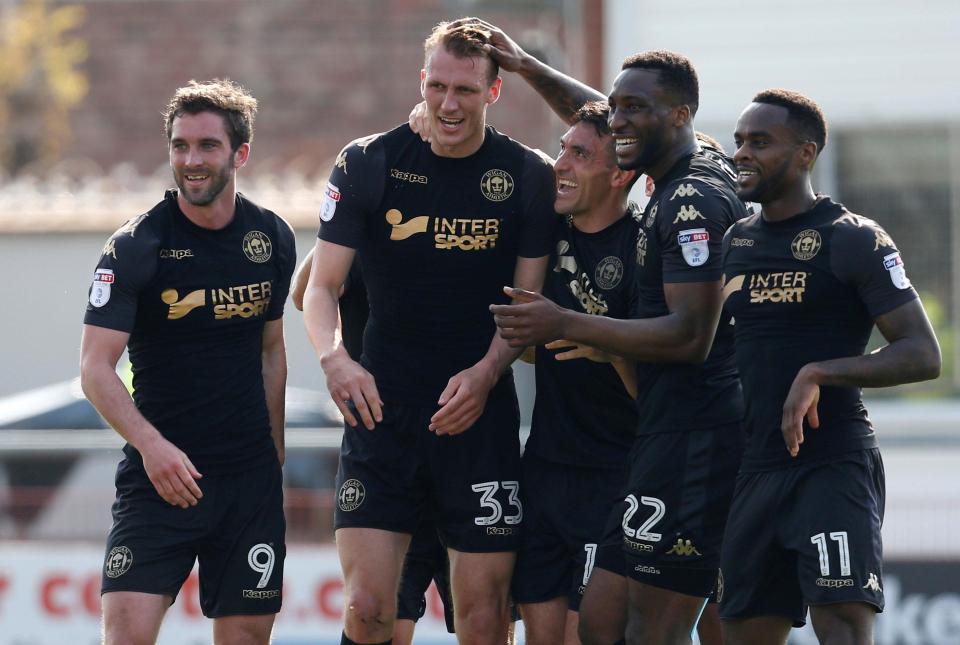 Wigan have won promotion back to the Championship just a year after they were relegatedThe Latics went in front in the 33rd minute through midfielder Max Power, before Gavin Massey fired in a fine individual effort in the 37th.

Defender Dan Burn made it 3-0 with a low finish in the 57th minute, with Cheyenne Dunkley adding a fourth from close range as Paul Cook's side delivered promotion in style.

Things had looked good for the Shrews when midfielder Abobaker Eisa put them in front in the 13th minute.

Bury, though, were back on level terms though Jay O'Shea's strike just after the hour. 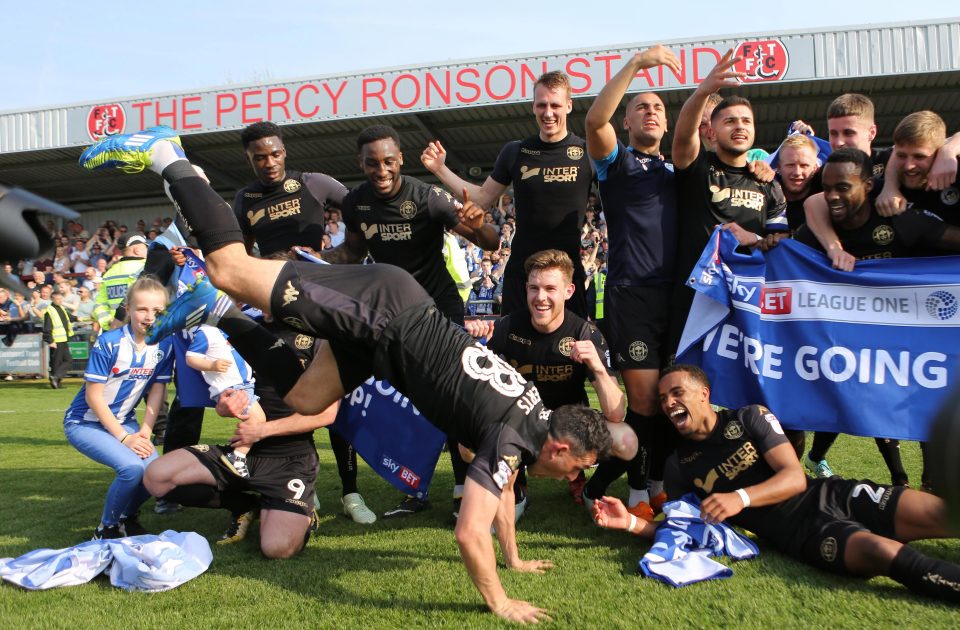 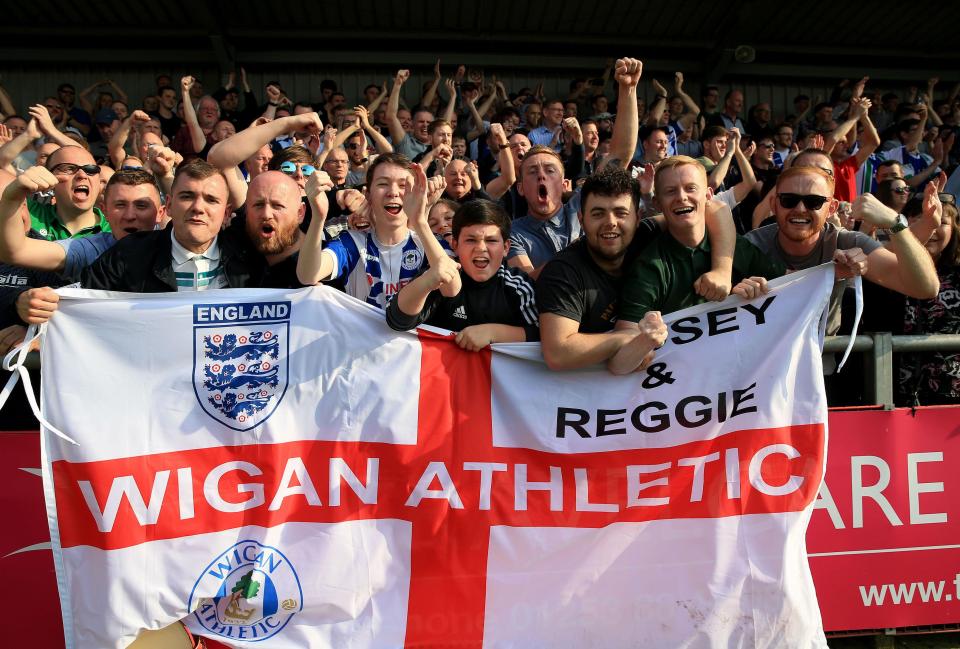 Fourth-placed Rotherham secured their play-off spot with a 2-0 win over Bristol Rovers at the New York Stadium.

Michael Smith put the hosts ahead after nine minutes, with substitute Caolan Lavery adding a second just before full-time.

SING WHEN YOU'RE WINNING Pop legends Ed Sheeran, Elton John… and Kerry Katona enjoy a sunny Saturday at the football

Charlton kept alive their own top-six push with 1-0 win at Portsmouth after Nick Ajose's goal on 40 minutes.

Scunthorpe saw off Walsall by the same scoreline to move three points clear of seventh, a diving header from midfielder Ryan Yates breaking the deadlock on 76 minutes. 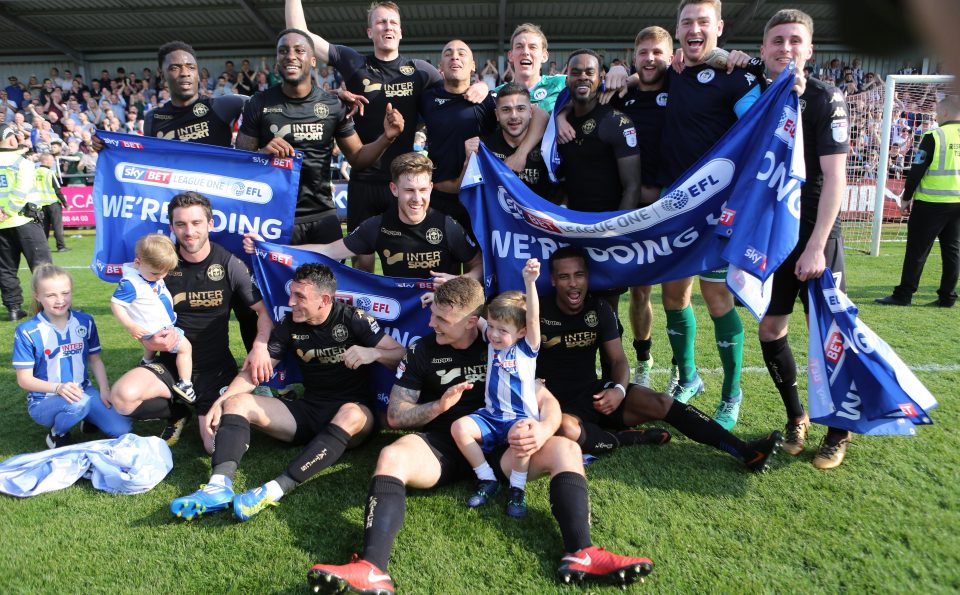 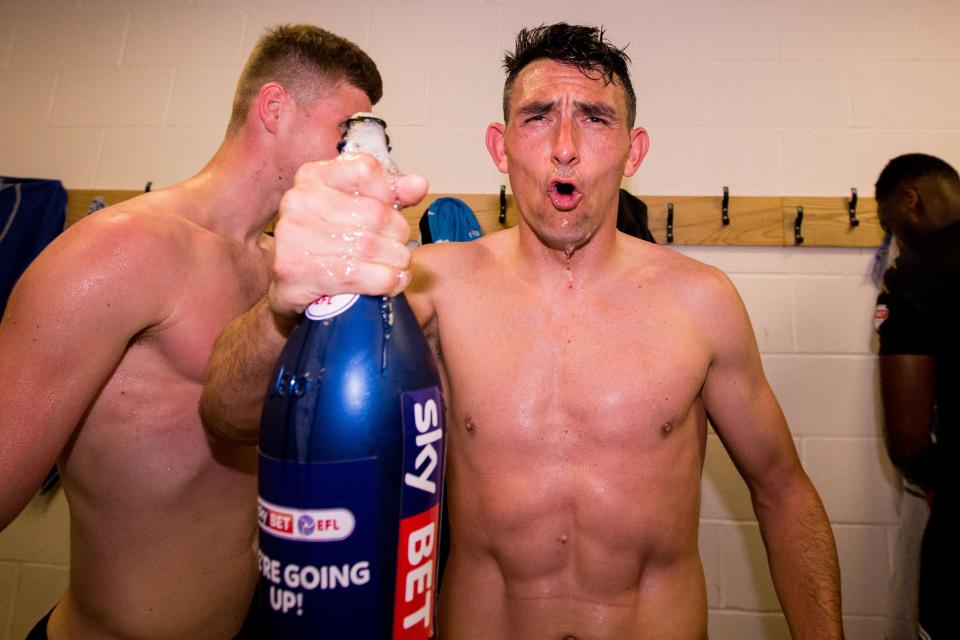 At the other end of the table, Northampton boosted their survival hopes with a 2-0 win over Plymouth, whose own play-off ambitions suffered a setback.

John-Joe O'Toole gave the Cobblers the lead in the 42nd minute, before Zak Vyner's own goal just after the hour mark was enough to push them within two points of safety.

Charlie Wyke's goal in stoppage time gave Bradford a 1-1 draw at Rochdale, who remained in the bottom four.

Duckens Nazon scored twice as Oldham battled to a 2-2 draw at AFC Wimbledon, but which leaves them just a point above the dropzone. 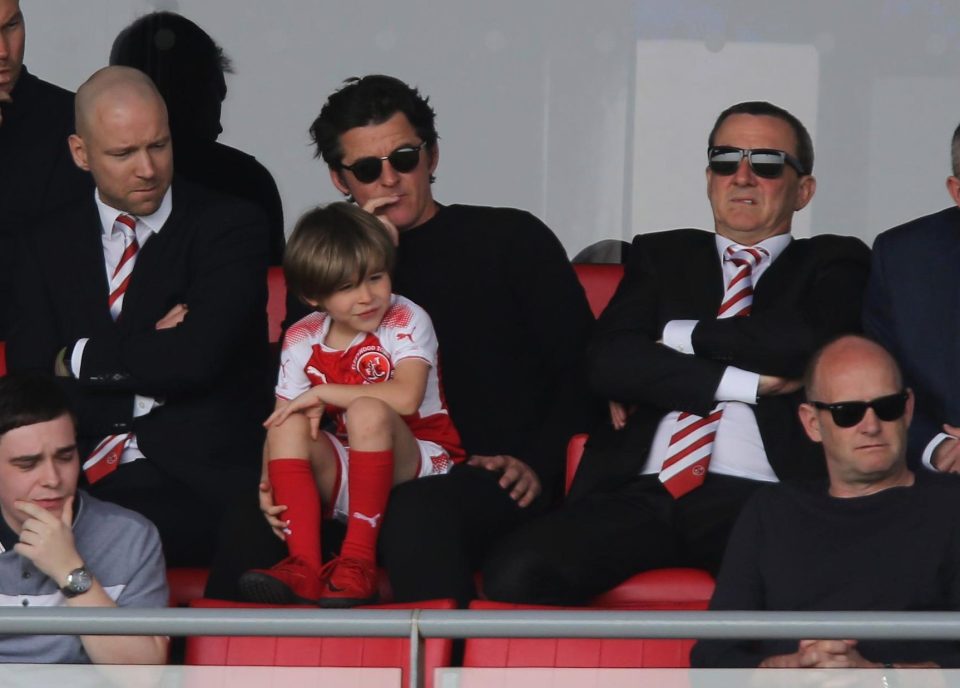 Defender Jon Meades put the hosts ahead in the 10th minute following a corner.

Oldham equalised five minutes into the second half when Nazon stabbed the ball in at the back post following a long throw.

The Dons were soon back in front through Joe Pigott, only for Nazon to level things up again with 16 minutes left.

MK Dons remain deep in trouble after going down 4-0 at Southend, where Theo Robinson scored a hat-trick.

The Shrimpers were in front in the 23rd minute when Robinson scored from close range before adding a second into the top corner on the half-hour.

Stephen McLaughlin made it 3-0 on the hour, with Robinson securing the match-ball after slotting in from a corner with 14 minutes left. 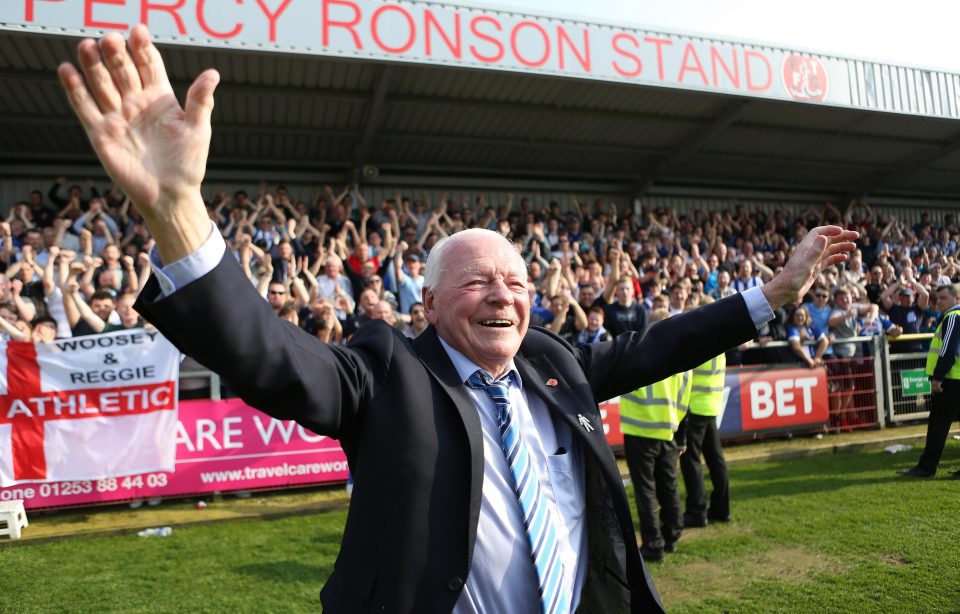 Elsewhere, Oxford won 1-0 at Doncaster with a header from substitute James Henry.

Blackpool ran out 3-0 winners at Gillingham.

Kyle Vassell broke the deadlock in the 28th minute with his 11th goal of the season after Jimmy Ryan's effort had been saved.

The striker then set up Nathan Delfouneso to make it 2-0 just five minutes later.

Blackpool saw a penalty from Jay Spearing tipped onto the post early in the second half, before Kelvin Mellor did add a third with seven minutes left.