The Crystal Palace attacker’s yellow card at Watford on Saturday was his  FOURTH for cheating in less than three seasons. 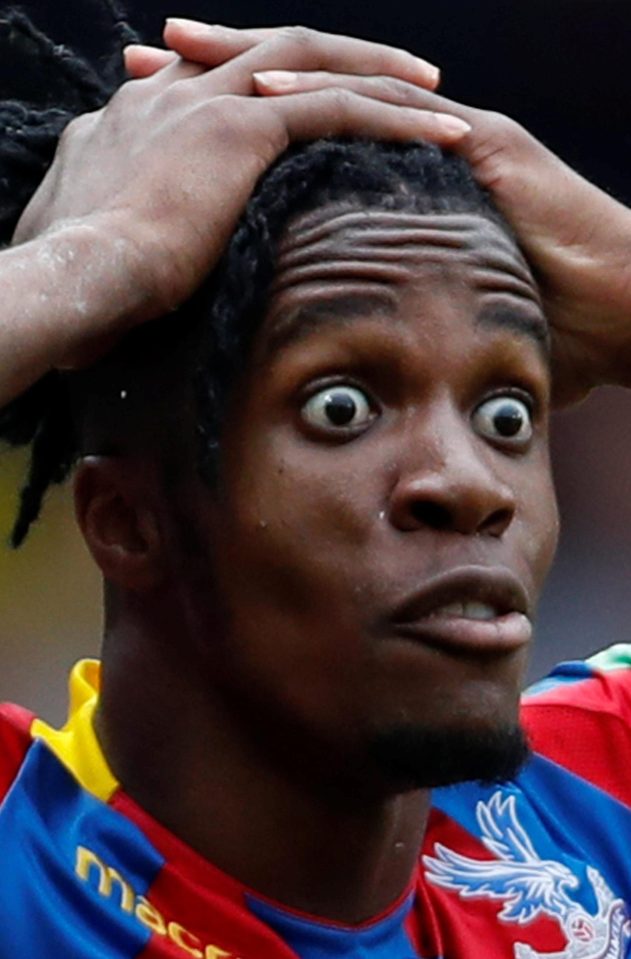 Ref Chris Kavanagh took action as Zaha  went over under Adrian Mariappa’s challenge in the box.

And the Ivory Coast star — who was also booked for diving in last season’s game at Vicarage Road — reckons he is now a marked man by refs and fans.

Asked if he felt there was an agenda against him, Zaha, 25, said: “I feel like there totally is.

“I see other players dive but I don’t see people trying to get them banned the way they want me banned. 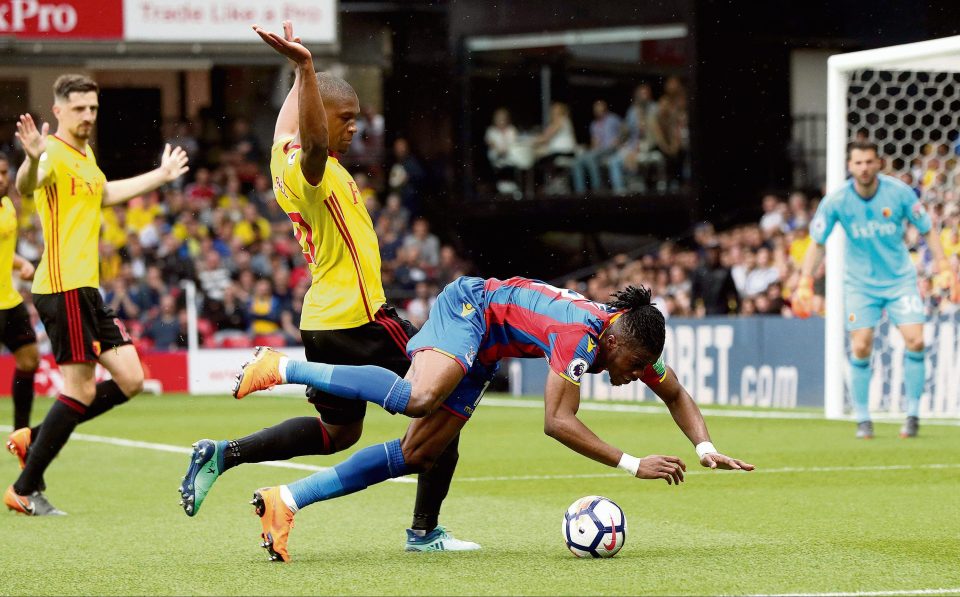 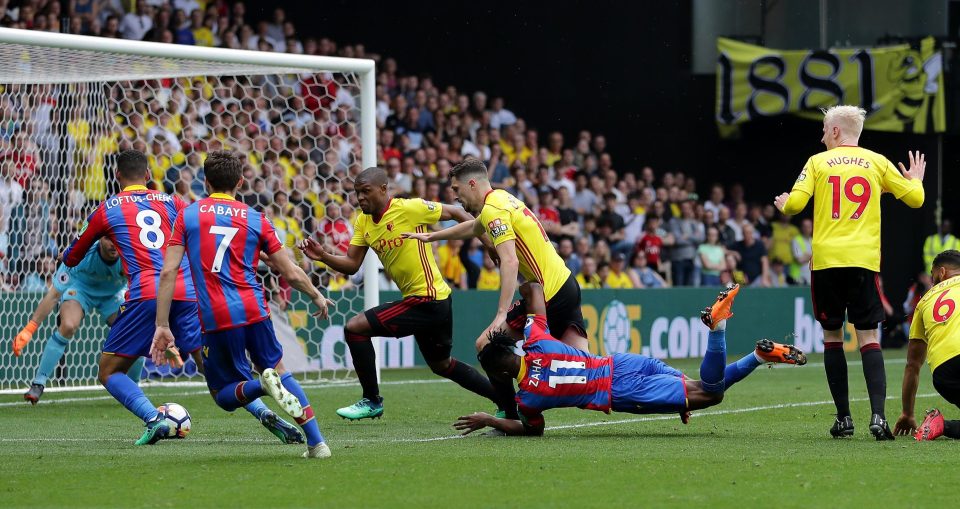 “I was so shocked when he (the referee) said it was a dive. But I have not been banned (for diving) so clearly I’m not diving.

“I just play my football, people are going to say what they want to say, but that’s fine, I’ll still play the same way.”

Zaha endured a torrent of abuse from the stands. Though Watford mascot Harry the Hornet, who taunted the player by diving in front of him after last season’s match, kept quiet this time.

And Zaha claimed Mariappa admitted to him after the game that it WAS a penalty.

Zaha added: “You know what was so funny, after the game, he’s gone  ‘I’ll be honest Wilf it was actually a pen’.

“I was happy with the fact he said it, because you get those defenders who clean you out then pull you off the ground and say ‘stop diving’.

“But we should have got a pen and I got a yellow card.”

Zaha has picked up more bookings for simulation than any other player in the Premier League since the start of the 2015 season.

But Watford boss Javi Gracia still likes to think that footballers do not dive. 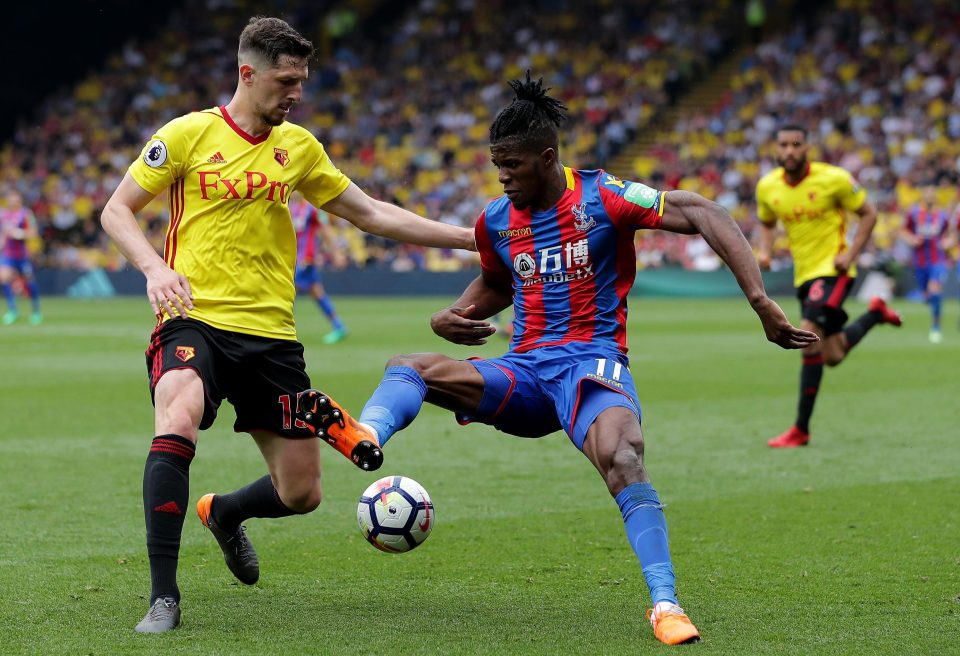 The Spaniard said: “First of all I think Zaha is a very good player.

“I think in different moments there will be this kind of situation but I trust players they don’t want diving.

“Diving no. The players always try to play and to go on and make the play but sometimes if they feel contact maybe. But after that the referee decides.” 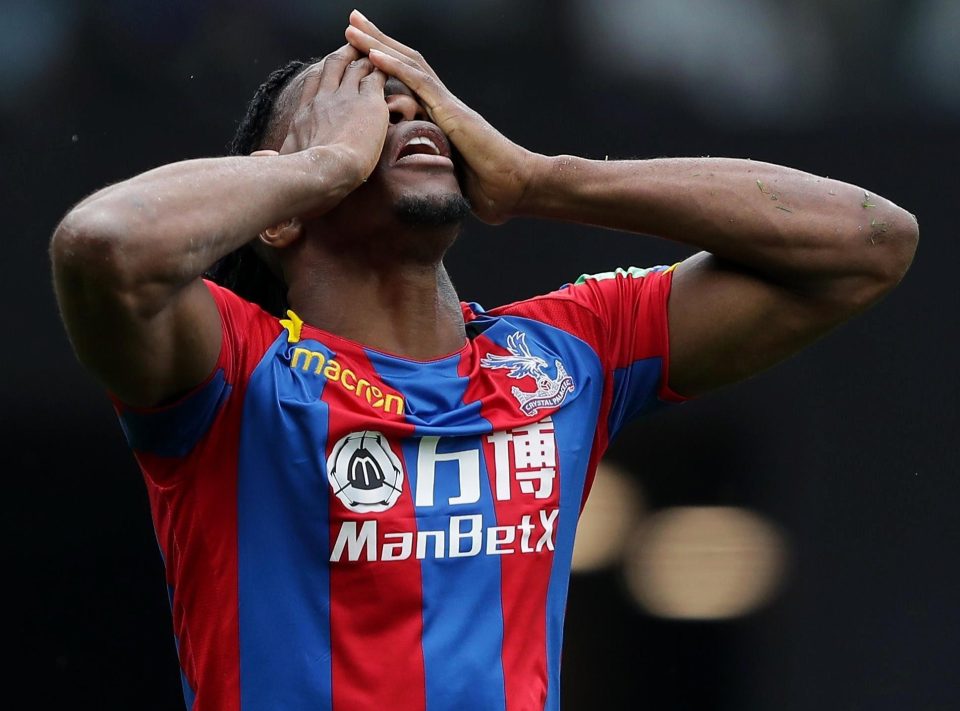