Home » Sport » Will England stars have to isolate after Alan Browne's positive coronavirus test and will Premier League be affected?

Will England stars have to isolate after Alan Browne's positive coronavirus test and will Premier League be affected?

REPUBLIC OF IRELAND midfielder Alan Browne tested positive for coronavirus within hours of playing the entire 90 minutes against England at Wembley on Thursday.

But FA chiefs are NOT concerned, while the FAI remain insistent their Nations League game with Wales in Cardiff on Sunday will go ahead as scheduled. 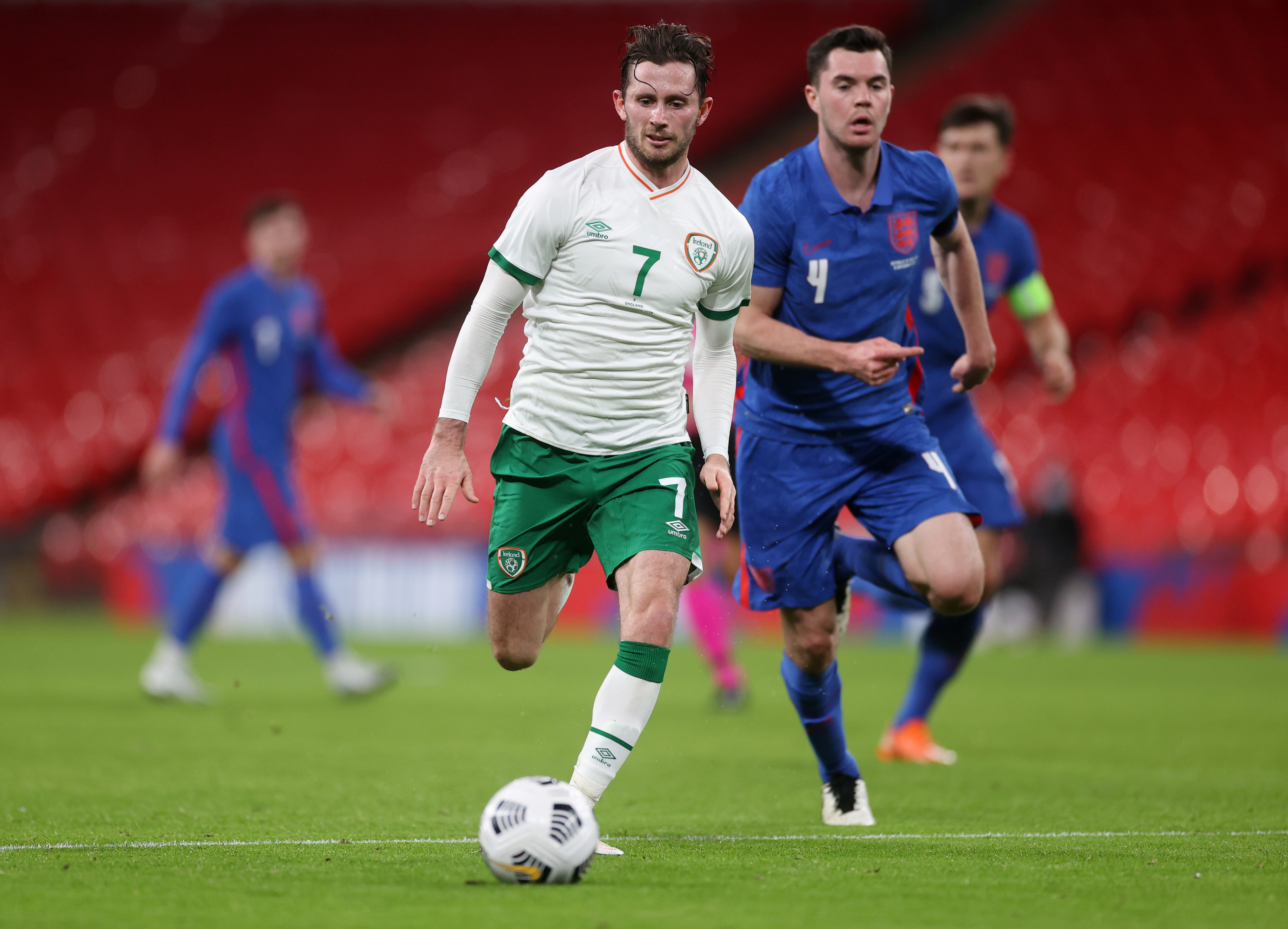 SunSport answers all the key questions surrounding Browne's diagnosis – and why the response has been so restrained.

Preston midfielder Browne and the rest of the Ireland squad were tested at their hotel on Thursday morning, before the Wembley game, with the results coming back today.

Browne was the only player or staff member who tested positive.

So Browne is sent home?

And he will have to isolate for ten days.

What about the rest of the Irish squad?

The FAI say there was no 'close contact' with any other member of the Irish party, with the players all allotted their own rooms and not sharing.

Indoor team meetings were kept to a minimum and other strict protocols were in place.

There is no reason for anything to change ahead of Sunday’s game. 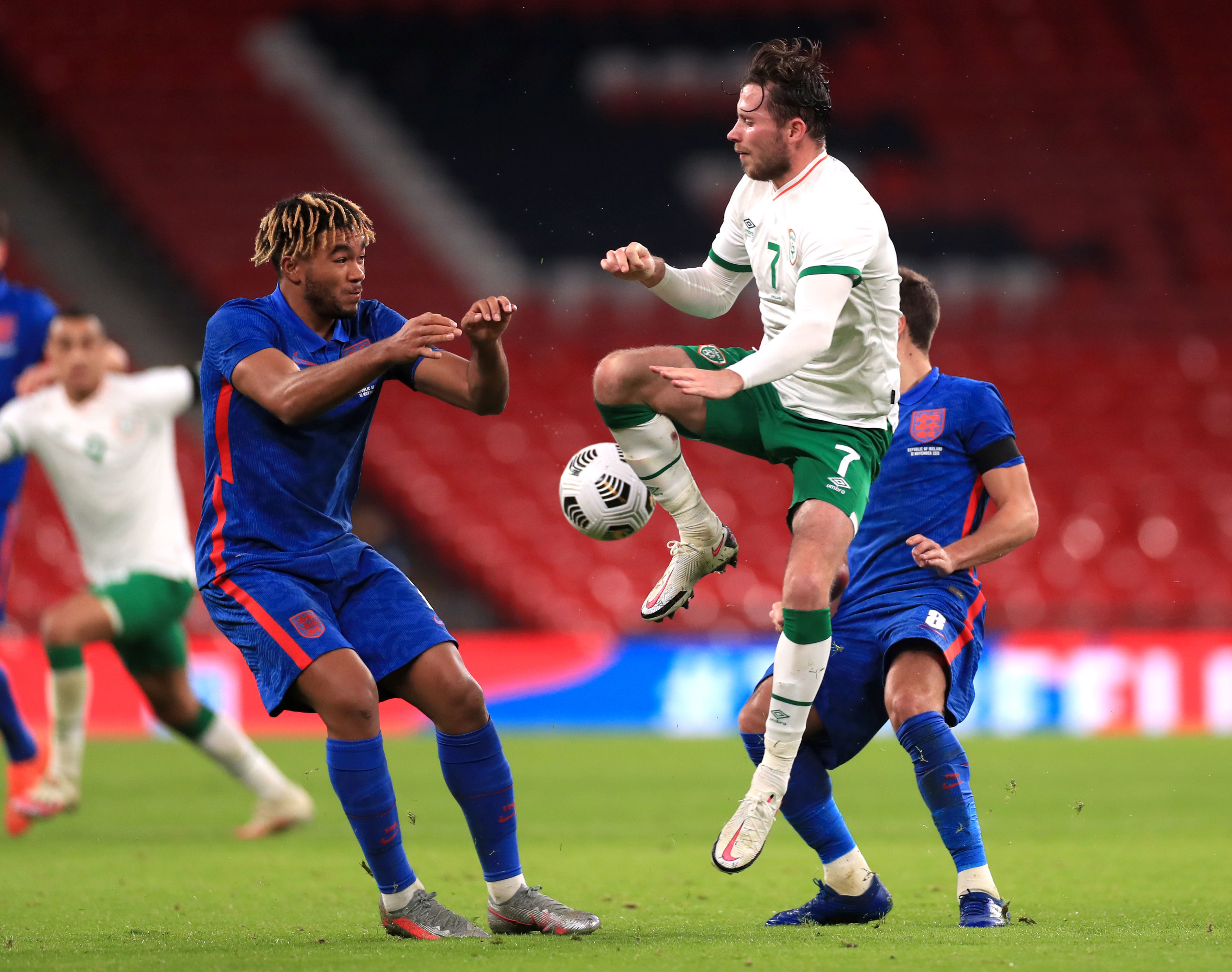 But they will be tested again before Sunday?

Certainly. As will the Welsh players, under Uefa conditions to prevent the spread of the virus.

But unless there is an outbreak in the Irish camp over the next 48 hours, the game will go ahead as planned.

What about England? Haven’t they already had one Covid case this week?

But Wolves centre half Conor Coady was sent home on Thursday aftre the NHS Test and Trace service revealed he had come into contact with a person who contracted the virus.

Coady is now self-isolating and may have to to miss Wolves’ post-break game against Southampton on November 21. 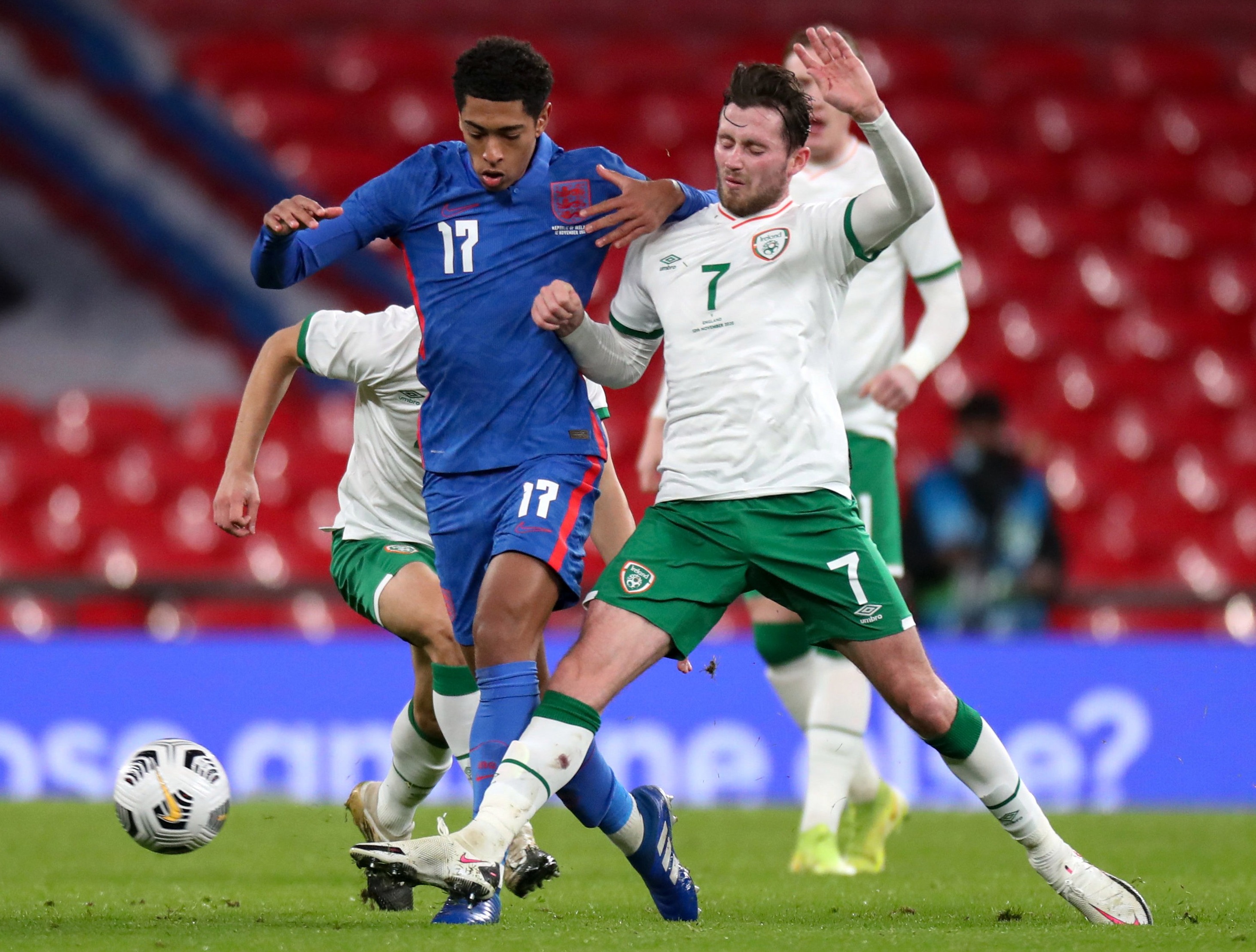 And the England players who shared the Wembley pitch with Browne?

Southgate and his England squad will be tested again before they fly to Belgium for Sunday’s Nations League game.

But medical advice is that the virus is only likely to spread if you are in 'close contact' with an infected person, normally indoors, for 15 minutes or more.

That did not happen on the Wembley pitch as any close contact with the Preston man was fleeting.

Given that he stayed on the pitch all match, he was not able to infect anybody on the bench.

What happens if there is an outbreak?

If England are unable to fulfil the match because of a clutch of Covid cases, it would be awarded to Belgium.

As would Wednesday’s match with Iceland, now confirmed to stay at Wembley, under Uefa regulations.

But that is not a worry at this stage.

Probably, because the Irish players did share a dressing room.

Those who were closest to Browne in the large Wembley changing rooms may be most worried but the FAI-run tests should sweep aside any concerns.