Michael van Gerwen returned to his very best form to book a place in the World Grand Prix quarter-finals but Gary Anderson, Michael Smith and James Wade crashed out

Van Gerwen was near flawless, dropping just a couple of legs in a much-improved showing that saw him record the highest average of the tournament so far, but the big names continued to falter with two-time world champion Anderson the biggest to fall.

World No 28 Chris Dobey produced one of the performances of his career to beat Anderson, who missed 23 darts at finishing doubles and crashed out at the second round for the first time since 2015.

It’s now five of the eight seeds that have been dumped out after Anderson, two-time Grand Prix champion Wade and World Championship runner-up Smith joined Daryl Gurney and Gerwyn Price, who fell on Monday, in perishing early.

But four-time champion and world no 1 MvG remains on course to retain the title for the first time. 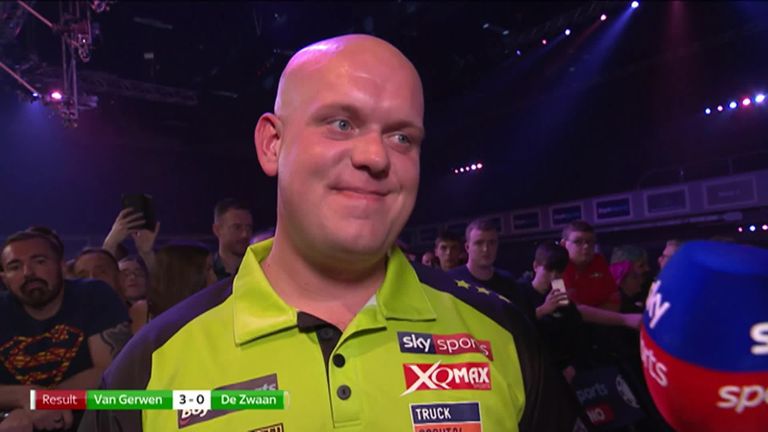 The world No 1 upped his game considerably after labouring past Jamie Hughes on the opening night, and he advanced to a quarter-final with Mervyn King that will stir plenty of memories

King knocked out MvG at the UK Open earlier this year while Van Gerwen beat King to claim his first major title at the Citywest Hotel in 2012, and the pair will clash again on Thursday. 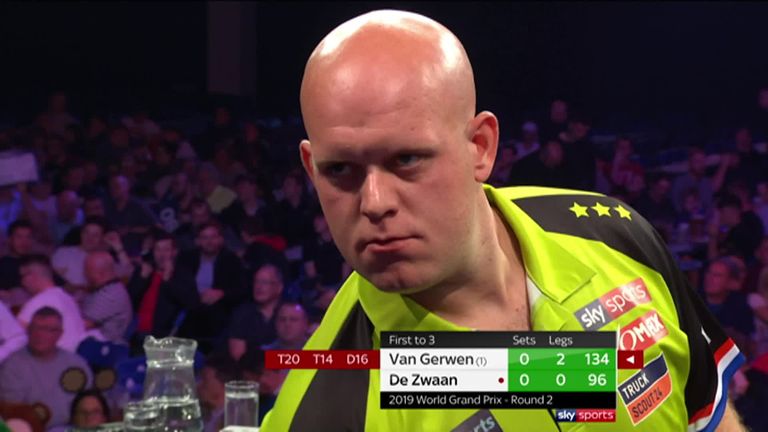 Van Gerwen had lost his previous two televised meetings with Jeffrey de Zwaan but there was to be no repeat as he swept to the first set with a remarkable 107 average and a brilliant 134 to seal the opening set.

He powered on, taking the first two legs of the second set before De Zwaan, who hadn’t been given a chance, took out a brilliant shanghai finish on 120. But that merely delayed the inevitable as Van Gerwen took out yet another brilliant leg.

De Zwaan grabbed one more leg but Van Gerwen raced to the finish line despite his opening doubles faltering slightly, as he eased to his showdown with King, who produced two sets of brilliance to see off James Wade. 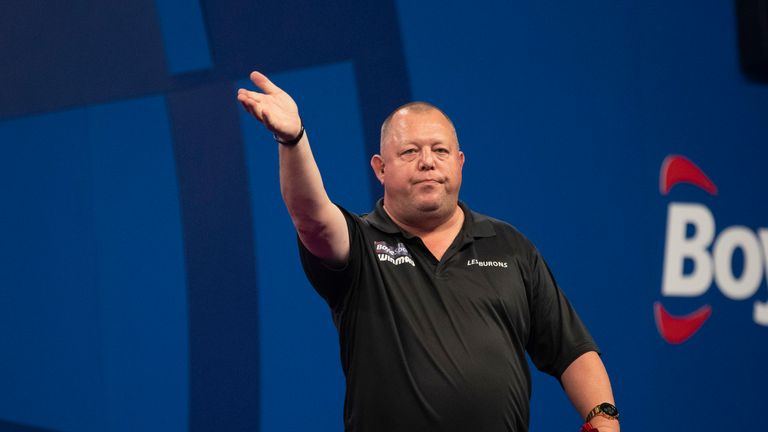 King reeled off six of the last eight legs to reach the quarter-finals for the first time since his run to the last eight in 2014, firing in seven 180s on the way to a 3-1 win over two-time champion Wade.

With neither man excelling, it was Wade who got the better of the opening set, thanks in the main to a host of missed opportunities from King, none more so than the fourth leg where nine darts to level went begging allowing The Machine to seize the advantage.

King rallied in the second, including a brilliant nine-dart run that featured two maximums and a 109 finish, and a tight set went the distance with the pair wasting 10 darts for the set between them.

King pinned double eight to level and then stunned Wade with a a barrage of doubles to start and doubles to finish that saw him march on. Dobey and Anderson played out a fourth round classic at the World Championship where The Flying Scotsman advanced, but Tuesday was Dobey’s day with a stellar performance.

Hollywood reached his third major quarter-final with a 3-1 victory that owed much to his powers of recovery, standing firm after Anderson had pinched the opening set 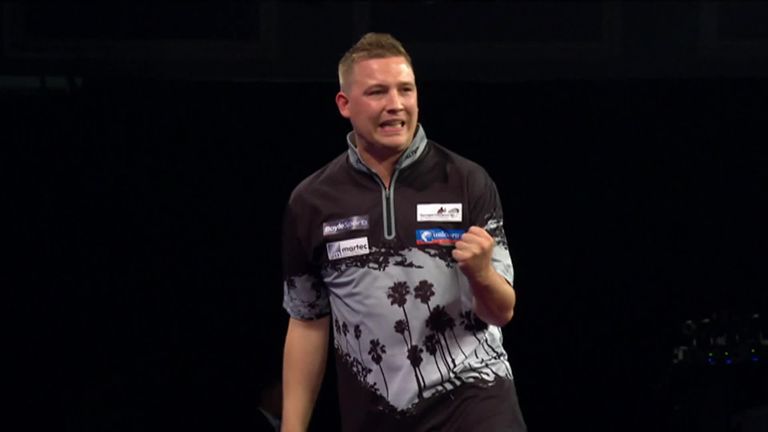 Despite eight missed darts at his finishing doubles, Anderson edged the opener that went all the way after Dobey took out a brilliant 134 with a pair of double tops.

The lifelong Newcastle fan had been inspired by the Magpies’ victory over Manchester United on Sunday and he levelled the match with another high class second set going the distance.

A dominant third set took Dobey to the brink and with Anderson continuing to throw away a host of finishing chances, the 29-year-old remained rock solid, extending his run to six successive legs that allowed him to close out a famous and deserved success.

Dobey’s success in the final match of the night crowed an evening that had begun with Ian White shocking the fifth seed Smith. 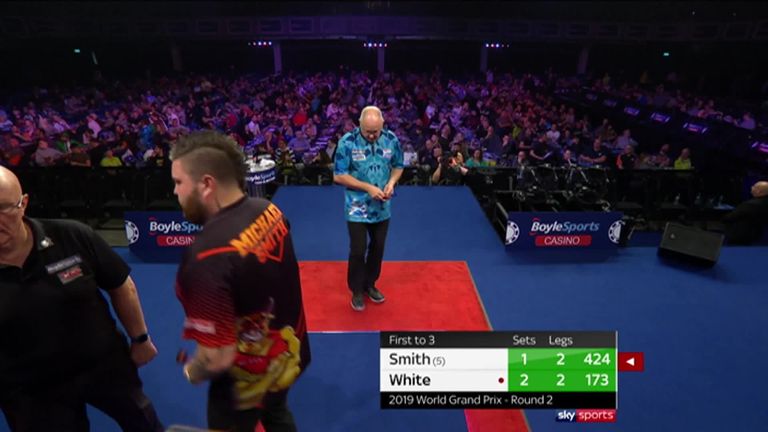 Bully Boy had hit every one of his darts at double in the first set, fighting back from 2-1 down with a stellar display of finishing the inspiration, but that was as good as it got as White brought his floor form to the television stage.

With Smith unable to push his average much beyond 75, White’s greater scoring power took him into the lead and following a run of six successive legs he stood within a set of a quarter-final.

Smith finally stopped the rot after losing seven successive legs but a far from convincing 20-dart leg that started on double one suggested he hadn’t found his form.