Here are five things we learnt from the show last night. 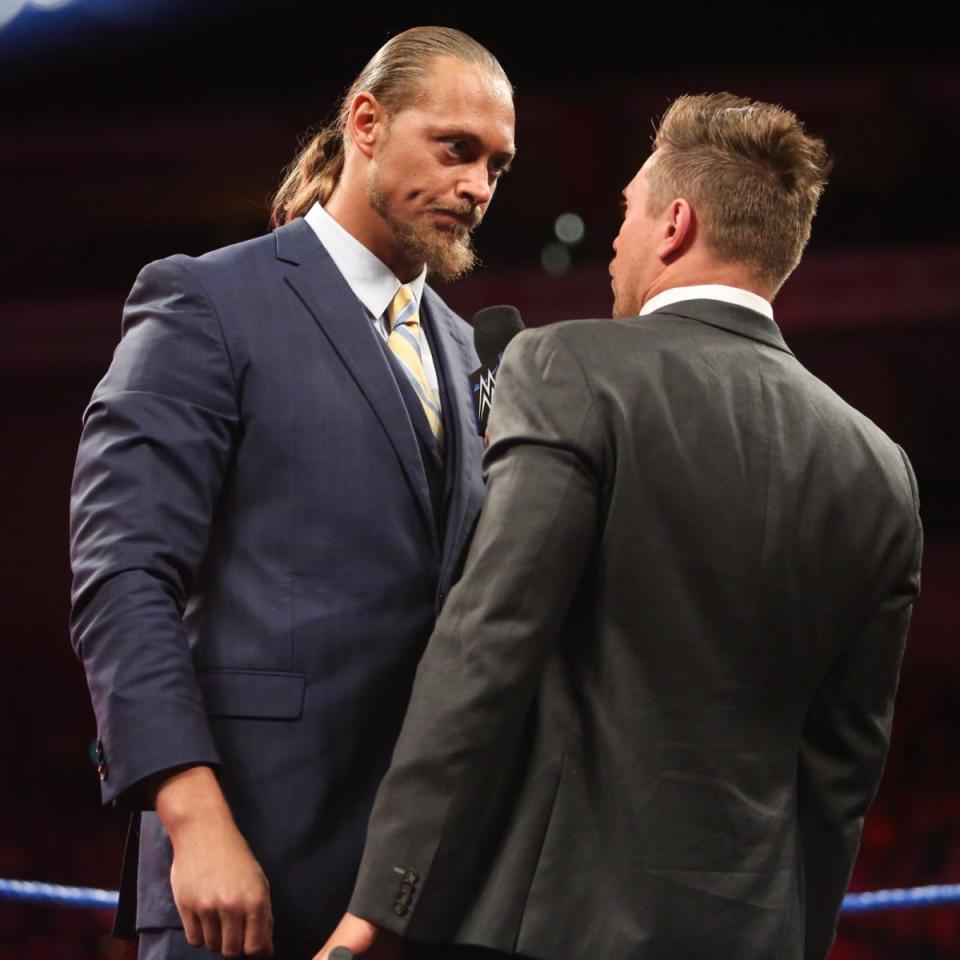 Big Cass wants to send Daniel Bryan back to retirement

The show opened with Miz TV, which was scheduled to feature the much-anticipated showdown between Miz and Daniel Bryan – but Bryan no-showed.

Instead, Big Cass walked out and made himself a guest. He talked about how he was bullied as a kid but grew into a 7-footer – and has been fighting back ever since.

He then explained why he attacked Bryan last week – because Bryan being cleared to return overshadowed his own return to action (a dreadful reason but we’ll go with it). 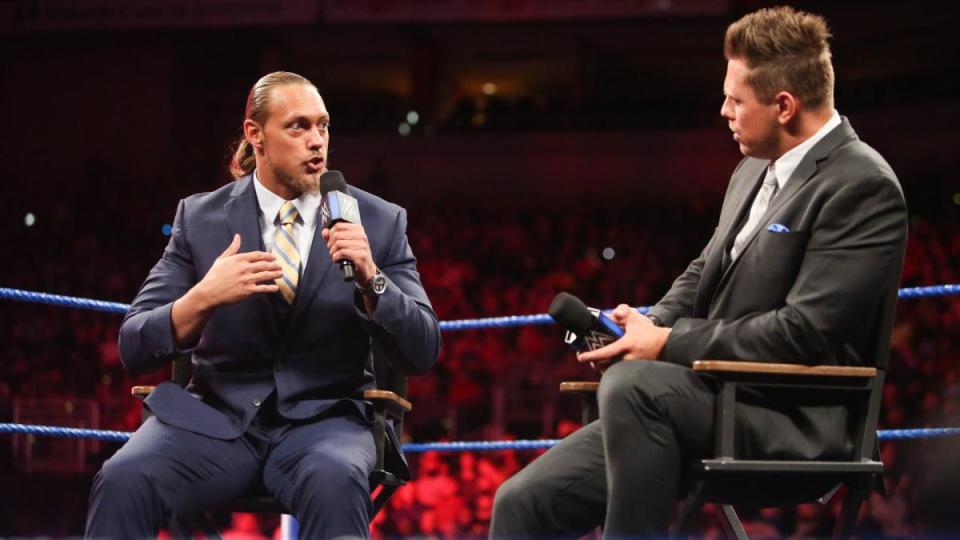 Cass wants to put Bryan back where he belongs – permanently retired. It was then revealed that Bryan had no-showed because someone attacked him backstage.

Now Cass will get his chance to retire Bryan – when the pair collide at Backlash.

The IIconics have scored a big victory

Billie Kay and Peyton Royce cut another grating promo, squealing about how they beat up Charlotte – the woman who ended Asuka’s undefeated streak – so they’re essentially better than Asuka.

And the pair backed it up in the ring (well, sort of) when they scored a crafty victory over Asuka and Becky Lynch in tag team action. 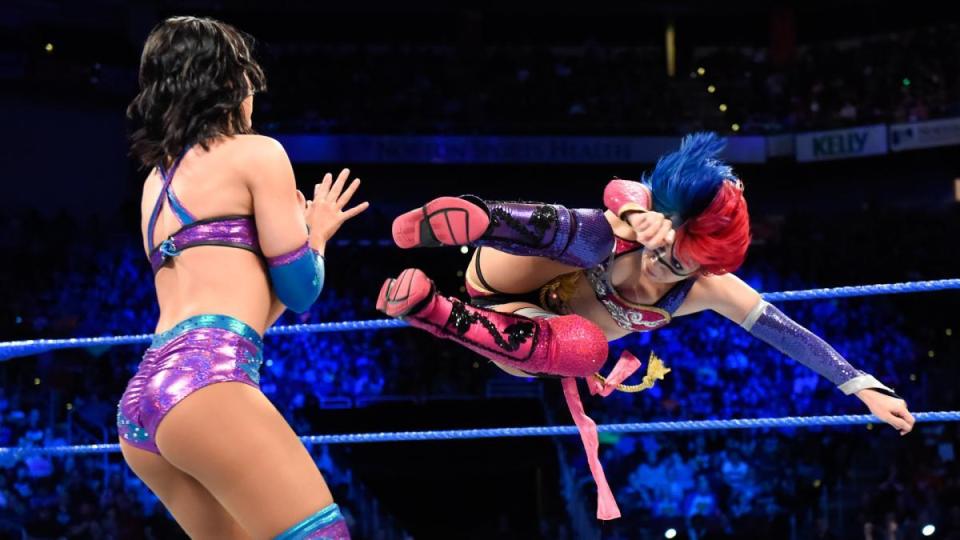 Peyton slammed Becky into the corner post and pulled her back into the ring for a roll-up. Peyton put her feet on the ropes for the win like a true heel.

Meanwhile, Charlotte got some payback on Carmella at their contract signing for Backlash – she smashed Mella’s face into the table and then flipped the table over onto the champ. 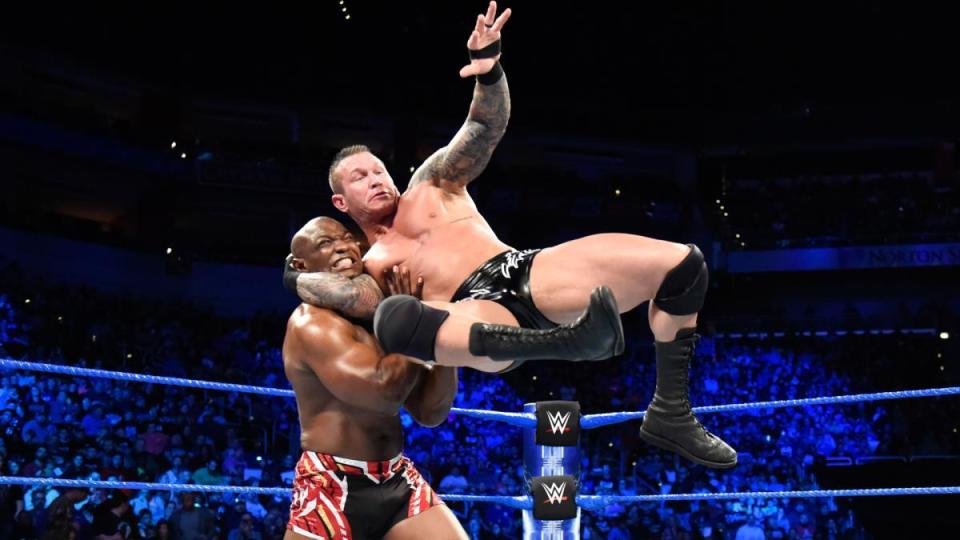 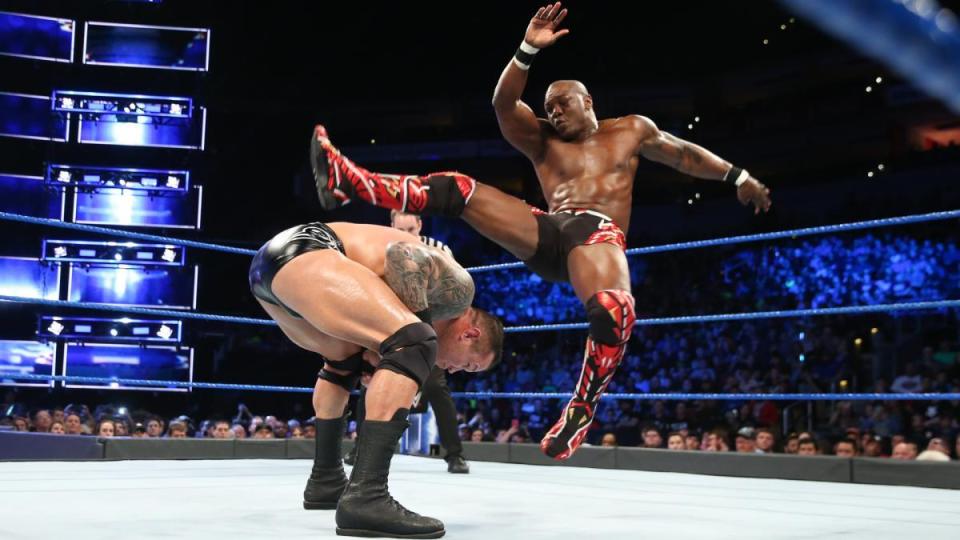 In a reversal of last week’s events, Orton interrupted Jeff Hardy’s entrance and faced Shelton Benjamin – while Hardy stood at ringside and watched.

But there was a surprise twist when a masked man (quickly revealed to be Sunil Singh) clipped Hardy’s knee from behind and tried to interfere in the match.

Orton dispatched Sunil with an RKO – but left himself open to Benjamin’s Paydirt finisher for an upset win.

Benjamin’s original run with WWE was one of the biggest wastes of talent in company history – and last week it looked like he had been relegated to jobber duty again.

But instead of being a background player in a Hardy v Orton feud, it seems that Benjamin has entered a three-way race for the US title.

The Usos got a win over the Bludgeons – thanks to Naomi 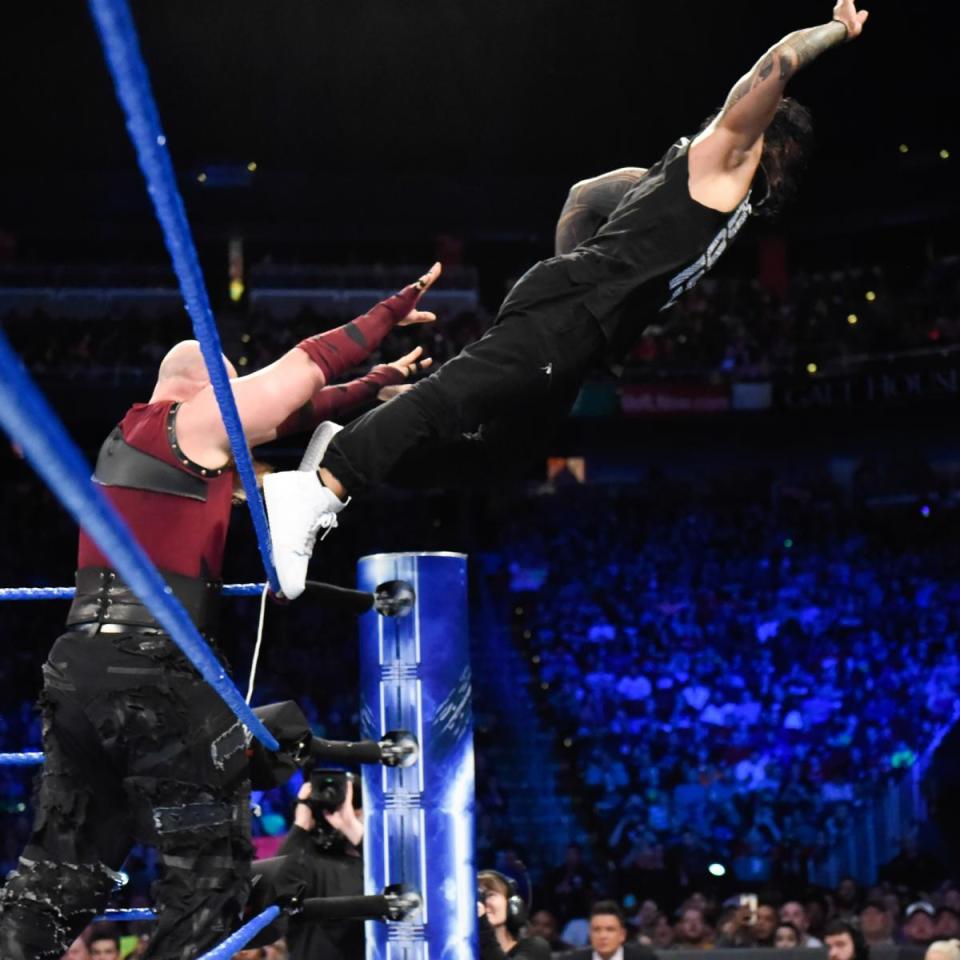 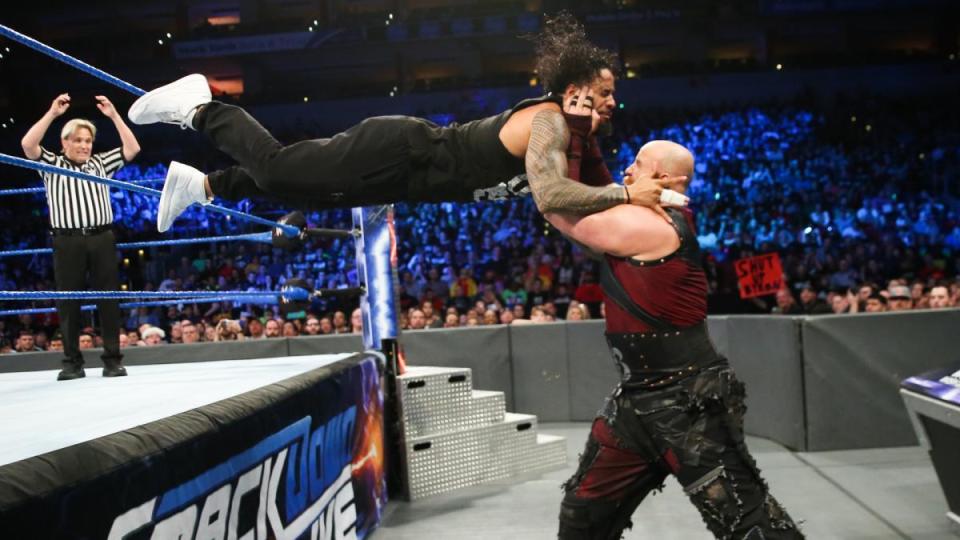 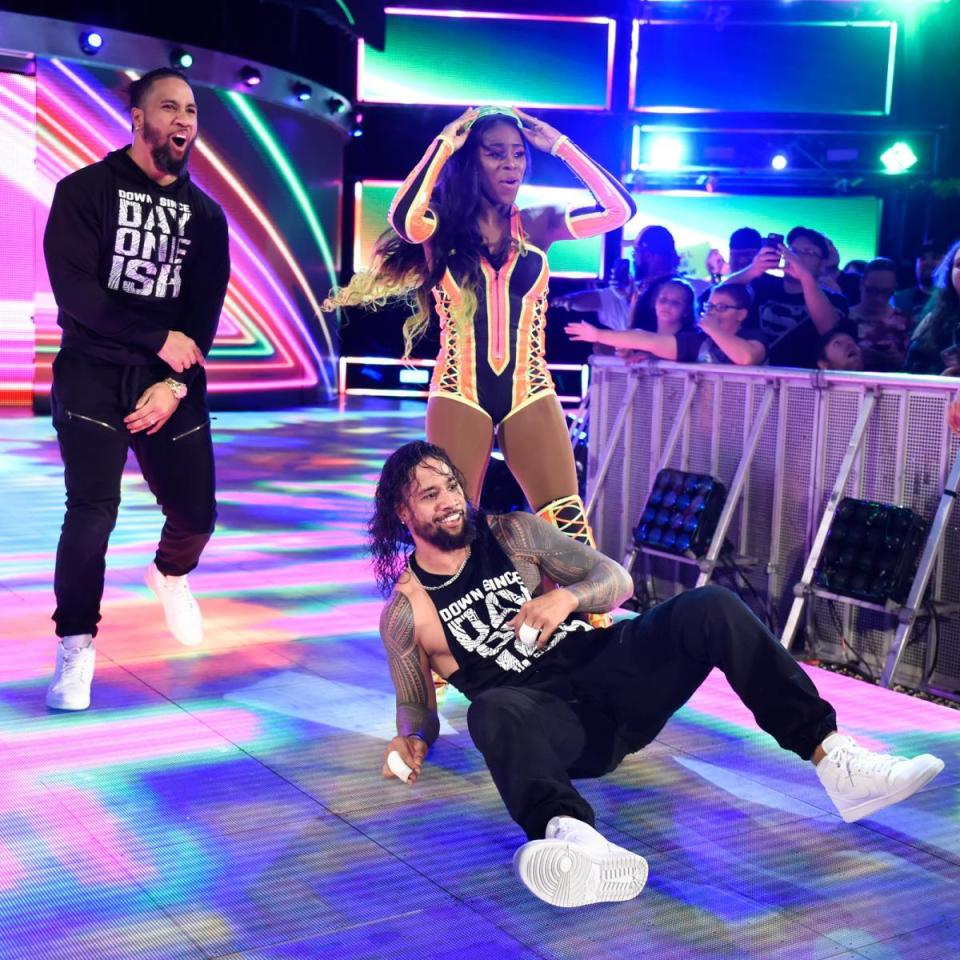 Last week Naomi ran out to plead with the Bludgeon Brothers as they demolished her real-life husband Jimmy Uso. But last night she helped the Usos get even.

Jimmy battled Rowan in singles action and – despite Jimmy asking her backstage not to get involved – Naomi came out to perform her trademark neon-lit entrance.

Rowan and Harper stood dazzled by the lights like a pair of simpletons (it doesn’t take much to distract a WWE superstar, does it?), allowing Jimmy to hit a super-kick on Rowan and get the win.

It was the Bludgeon Brothers’ first loss and gives the Usos momentum going into their title match at the Greatest Royal Rumble.

The Club has reunited – but can’t stop Shinsuke Nakamura 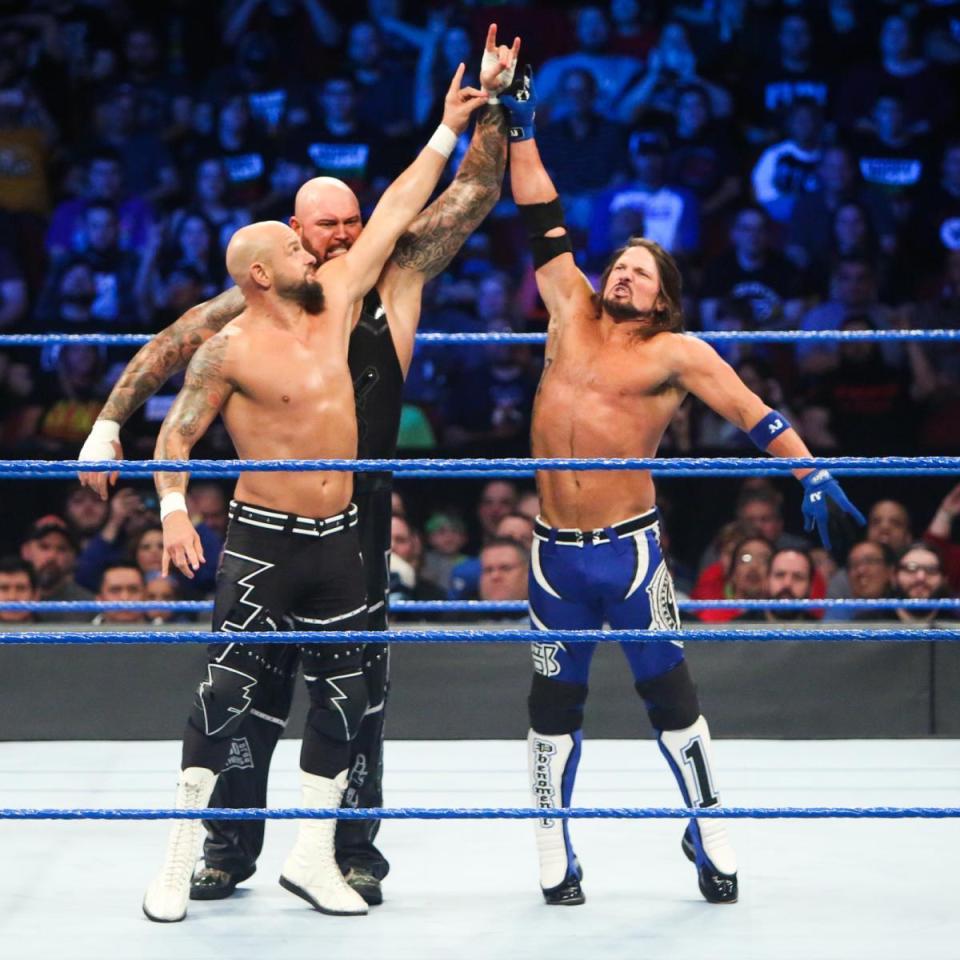 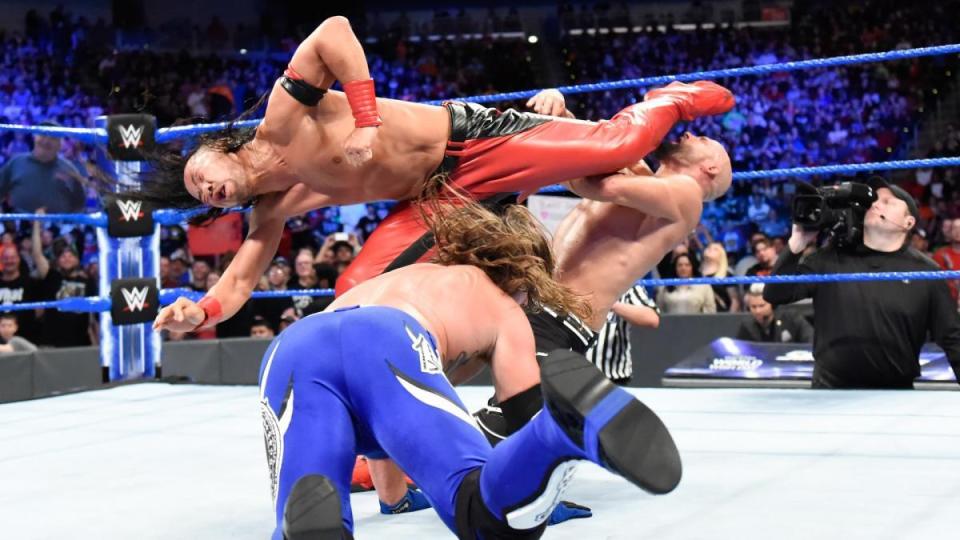 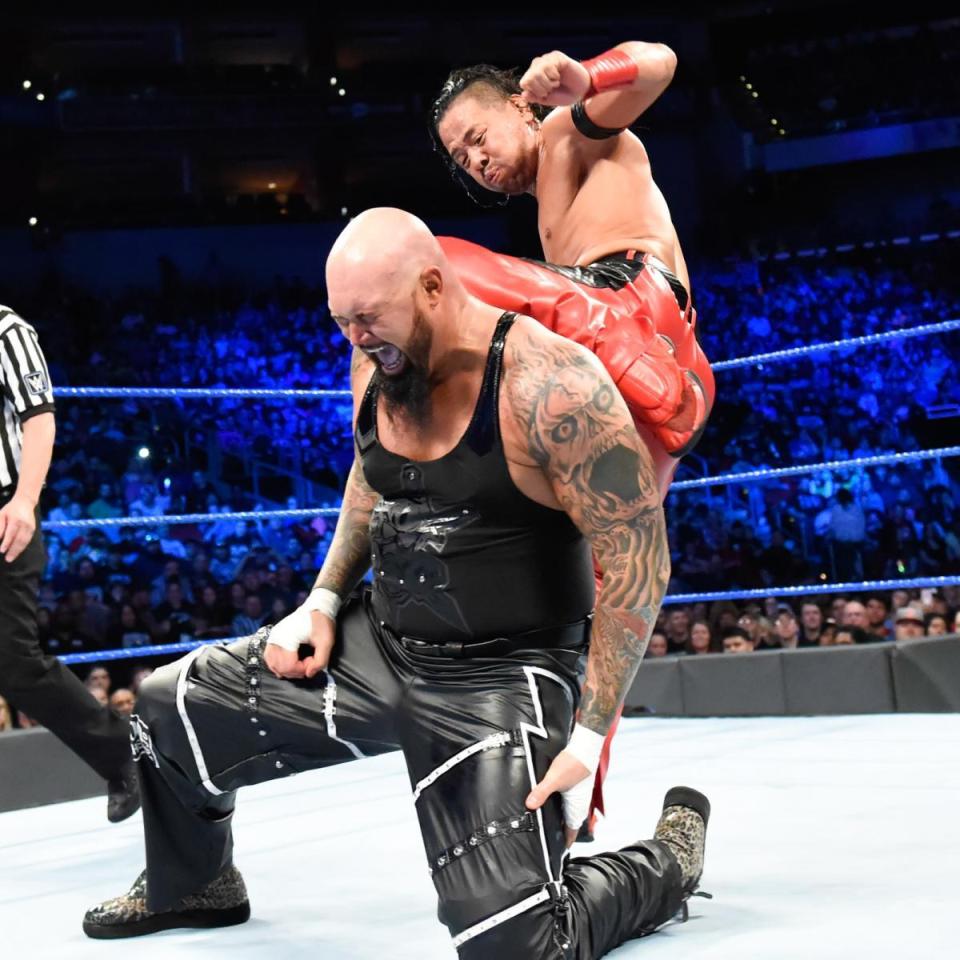 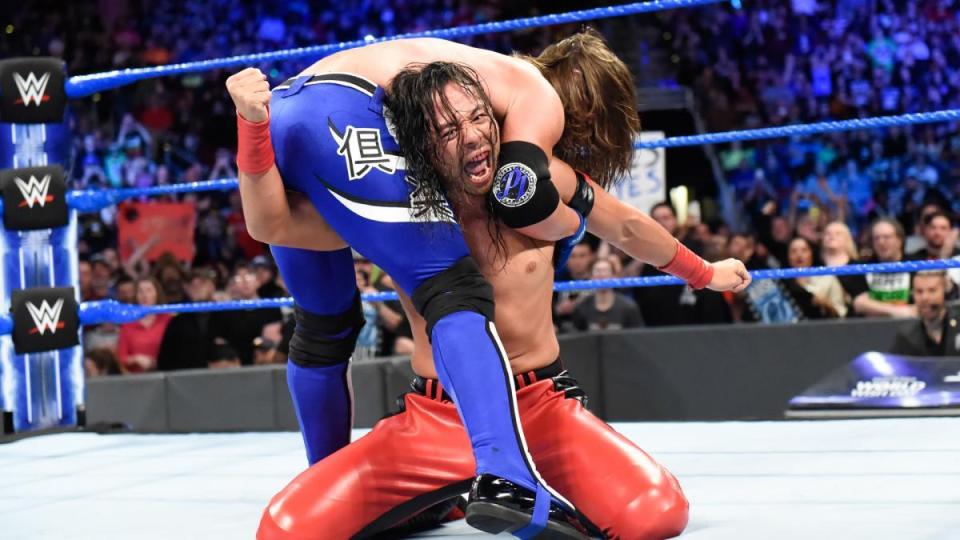 With Gallows and Anderson now on SmackDown, they joined old pal AJ Styles to reform The Club (not to be confused with The Balor Club, of course) and battled Nakamura, Rusev, and Aiden English.

Nakamura got the win for his team when he hit Gallows with the Kinshasa to the back of the head.

AJ jumped in the ring to give Nak a beating, but “The Artist” got the upper hand and laid waste to The Club.

Anderson dived in to save AJ from a Kinshasa, throwing himself into the firing line and taking the move himself.

But the big moment came when Nak nailed AJ with yet another low blow (that’s now four and counting).

It’s going to be too sweet when AJ finally gets his revenge and wallops Shinsuke right in the Nakamuras. Will it finally happen at the Greatest Royal Rumble this Friday?