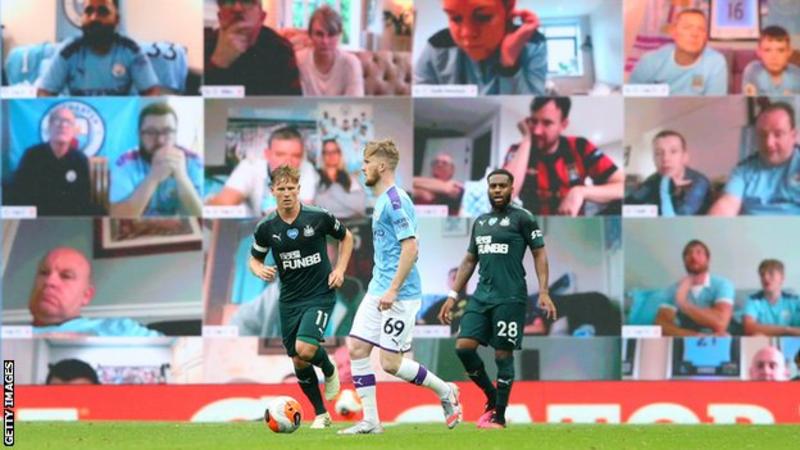 It has been a conclusion to the football season like no other.

To avoid ending 2019-20 without another ball being kicked because of coronavirus, English professional football has had to adapt in unprecedented and occasionally unusual ways.

We’ve had games behind closed doors, fake crowd noise and Zoom walls, water breaks, five substitutions and, after the Championship play-off final on 4 August, 217 domestic matches in the space of just 49 days.

So what have you made of it all? BBC Sport gives you the chance to give your verdict on lockdown football. 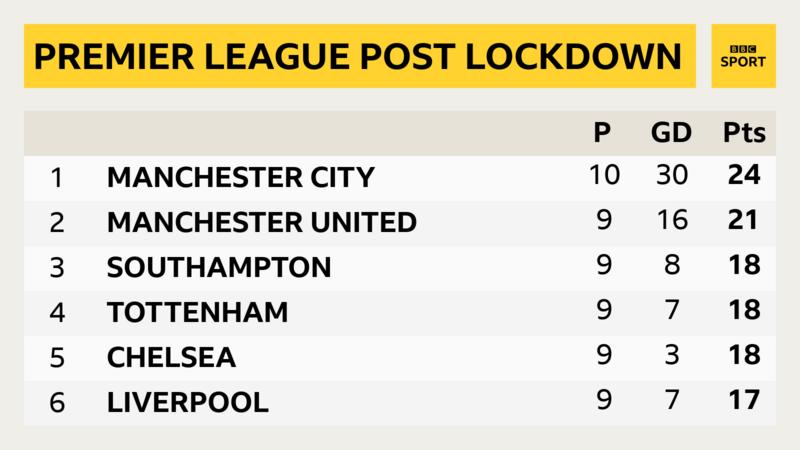 There has been little respite for footballers plying their trade in England’s top two tiers since the restart, which officially got under way on 17 June and will draw to a close in early August (and that’s not taking into account the upcoming conclusion to the Champions League and Europa League).

But their effort has meant a feast of football unlike any seen before for fans, with only four of the 40 days it has taken to complete the regular league season lacking a match from either the Premier League or Championship. 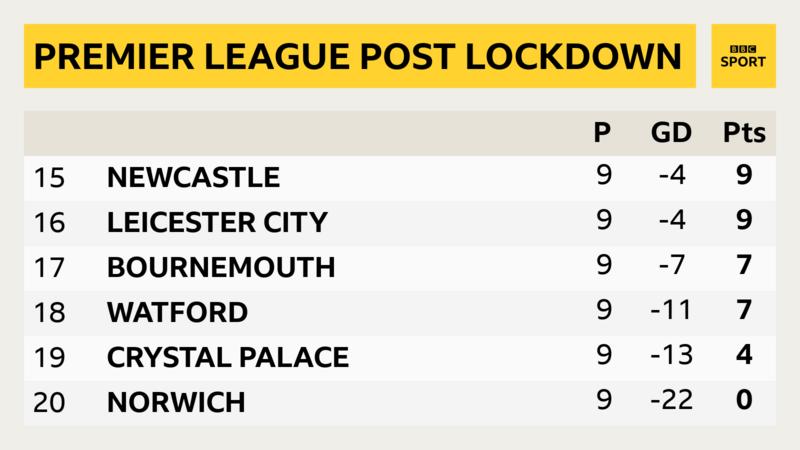 They clearly haven’t all been belters, but there have been some to savour, like Chelsea’s impressive win against Manchester City, which sealed Liverpool’s Premier League title win, West Ham’s see-saw 3-2 victory over Frank Lampard’s side, Wycombe’s action-packed 4-1 win over Fleetwood in the League One play-offs and Wigan scoring seven in the first half against Hull.

Watching on TV without a crowd 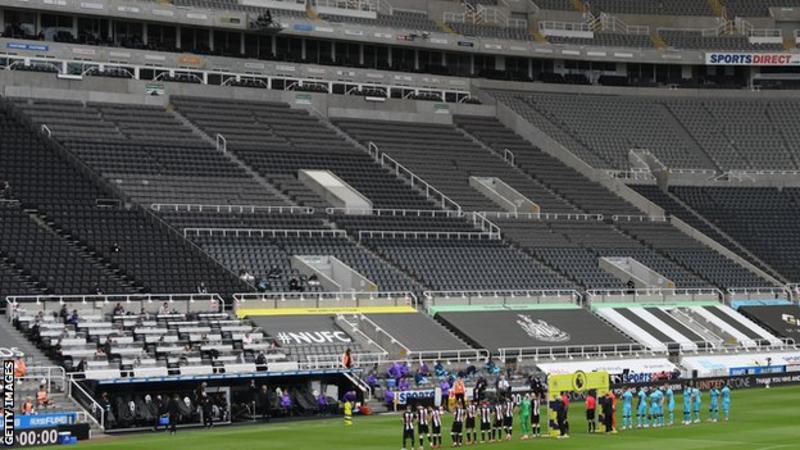 With lockdown restrictions in place, stadiums were off limits to fans as part of a host of measures designed to protect players and staff from coronavirus.

The only means by which supporters could watch games was via live television or online feeds, which showcased a new eerie version of the game we love, played out in front of empty stands and with every kick and shout audible.

Clubs would get creative, masking the empty seats with banners or fake cardboard “fans” and giving a select few a front-row seat via a video call on the big screen, as would the TV companies, piping artificial crowd noise onto games to provide the illusion of an atmosphere.

It has been tougher on some fans than others – Liverpool and Leeds fans, for example, have missed out on long-awaited moments of glory, while Northampton and Wycombe supporters had to watch their team’s respective play-off victories at Wembley from afar.

To ensure games could be seen, all 92 post-lockdown Premier League matches were broadcast live on either on Sky Sports, BT Sport, BBC Sport or Amazon Prime.

Sky made 25 top-flight matches free to air, while Amazon Prime did likewise for its four fixtures. The BBC were also given four games – the first to be made free-to-air on terrestrial television since the Premier League’s inception in 1992.

Between them BBC Radio 5 Live and Talksport also provided live radio commentaries for all the matches.

Outside of World Cups and European Championships, we have never had so much free and available football to watch. 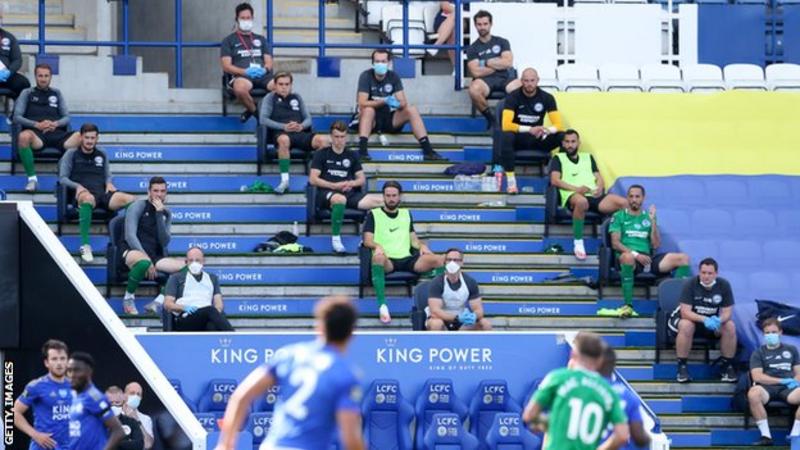 With clubs facing so many fixtures in such a condensed timeframe, following a sustained period away from match action, it was agreed that extra substitutes would be allowed.

For the remainder of 2019-20, teams were able to name nine subs (as opposed to the usual seven) and replace five players during a game, albeit only via the usual three opportunities to do so.

It is a measure that may well continue into the 2020-21 season, with world governing body Fifa giving individual leagues the option to do so if they see fit.

However, some Premier League bosses have suggested adopting the measure full-time will only assist the league’s bigger teams, with their larger, stronger squads.

Another measure brought in to assist players during the heavy fixture schedule was a break in the middle of each half, usually lasting for a few minutes.

Designed so that players could get necessary fluids on board, they were also used by managers to impart tactical advice.

They are not expected to continue into 2020-21, which will be a boost for those who feel they break up the flow of the game.