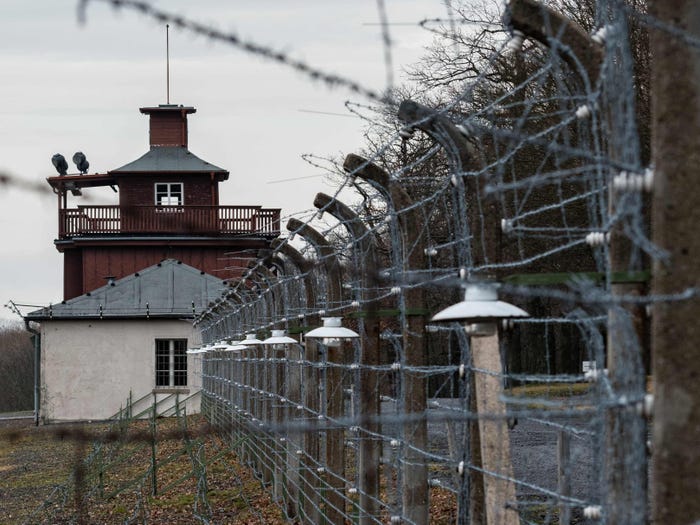 A concentration camp memorial in Germany is begging treasure hunters to stay away, after a new documentary claimed Nazi gold could be buried there.

In late November, a documentary called "The Secret Depots of Buchenwald" aired by Germany broadcaster MDR claimed that a handwritten map discovered in the 1980s may reveal the location of two sealed chambers under Buchenwald concentration camp.

Buchenwald was the largest camp built inside what is now modern-day Germany and at least 56,000 people died there between 1937 and 1945, according to the memorial foundation.

Jews, Poles and other Slavs, the mentally ill and physically disabled, political prisoners, Romani people, Freemasons, and prisoners of war were all imprisoned at the camp.

Rumors of hidden treasure have followed the camp ever since US soldiers who liberated it on April 11, 1945, found a 21-tonne trove of gold fillings, teeth, rings, watches, and clocks, stolen from inmates, The Times of London reported.

The camp was subsequently handed over to Soviet forces who, according to the documentary, blasted shut the entrance to the underground chambers.

But Jens-Christian Wagner, the director of the Buchenwald memorial, has denied the existence of unopened chambers and said people are still scavenging at the site.

"All the chambers have been opened," he told The Times. "For many years we had considerable problems there with illegal visits to the tunnel. Sometimes we also find people with metal detectors."

"Our security guards are vigilant," he said.

As well as treasure hunters, Buchenwald is also dealing with a rise in anti-Semitic and neo-Nazi graffiti.

"Messages glorifying Nazism or demanding the camps be reopened for foreigners have become more common," Volkhard Knigge, director of the museum at Buchenwald, told Agence France-Presse in April.

"There have always been incidents at memorial sites, but we have noticed an escalation due to the far right's breaching of language taboos."

Concentration camps have long struggled to police the behavior of visitors.

In recent years, the memorial foundation at Auschwitz, Poland, the largest Nazi-controlled, concentration camp, has asked visitors to stop posing for photos in which balance on the railway tracks, saying the tracks carried hundreds of thousands of victims to their deaths.

Last month, Wagner was told by German prosecutors that he was under investigation for allegedly defaming the Wehrmacht, the Nazi army, in his book, claiming they committed war crimes, The Times said.

"It is worrying that it has recently become socially acceptable in Germany to cast doubt on historical facts about the Third Reich such as the crimes of the Wehrmacht," Wagner said.