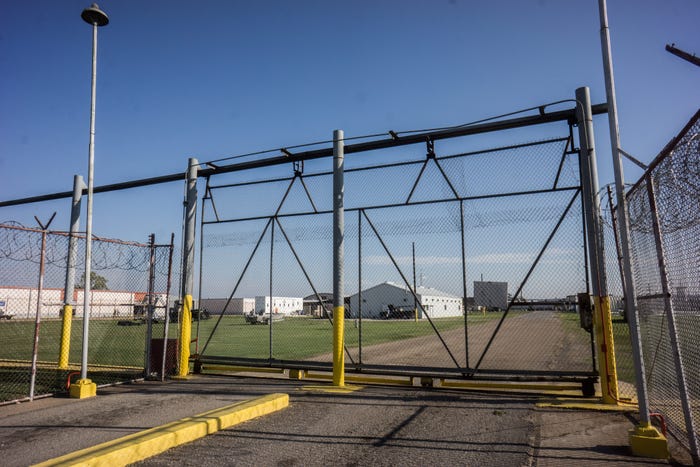 A Black Louisiana man who was serving a life sentence and spent over a decade behind bars for selling $20 worth of marijuana to undercover cops was released from prison earlier this week.

"A life sentence for two bags of weed? I never thought something like that could happen," Winslow told WWL-TV.

Winslow was homeless in Shreveport, Louisiana, when he was confronted by an undercover officer who asked him for weed in 2008. As CNN reported, he used a friend's bike to pick up the two bags of weed, which he sold for $20 to the plain-clothed officer. The officer then gave Winslow $5 for food and Winslow was later arrested for the sale, according to the report.

Due to Winslow's past offenses — which were all non-violent but including a business burglary, car burglary, and cocaine possession — he was sentenced to life in prison, WWL-TV reported. However, Winslow's release comes after he was granted time served with the help of his attorneys from the Innocent Project New Orleans (IPNO), an organization that helps and represents innocent incarcerated individuals serving life in prison in  Louisiana and Mississippi.

According to a recent report by the American Civil Liberties Union, Black people are more likely to get arrested for marijuana possession even in states where it's legal. And marijuana legalization, according to policy experts, may take some time despite the historic votes that took place the past several weeks. As Business Insider's Kelly McLaughlin reported, in many states, there isn't an automatic process to expunge — or seal — prior marijuana convictions from a person's criminal record. Further, some states require inmates behind bars to file petitions for re-sentencings or dismissals of marijuana charges.

"I cannot wait to have my dad back fully in my life," Winslow's daughter, Faith, said in an IPNO statement, according to WWL-TV. "Twelve years is a long time. Too long. He deserves a second chance and I am so glad he is getting one."