A GROUP of "anarchists" appeared to hijack a peaceful Black Lives Matter protest and thrown fireworks and other missiles at cops protecting a Christopher Columbus statue.

Chicago cops released a video of surveillance footage from Friday's demo at Grant Park, showing some protesters using black umbrellas to shield themselves as they changed into black clothing and masks. 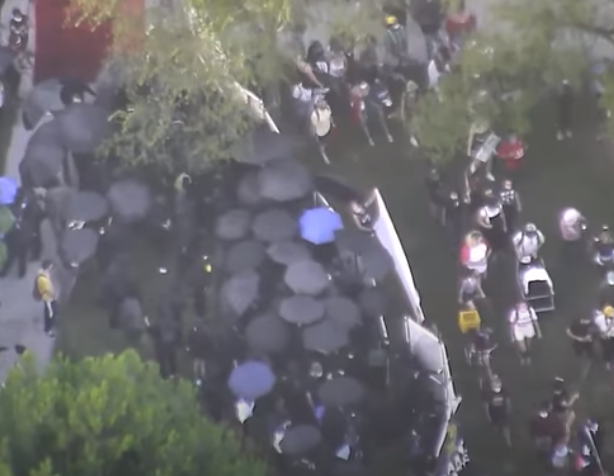 Clad in black and still holding umbrellas, the group is shown approaching police standing around the statue and throwing fireworks, rocks, frozen water bottles and other articles at the officers.

In a press conference on Monday, Police Superintendent David Brown said that officers were confronted with mob action “designed to provoke violent responses.”

“We cannot assume that protests are going to be peaceful, based on these actions and others,” he said.

Asked by The Sun on Tuesday whether the police department is considering the group to be part of the Antifa anti-fascist movement, spokeswoman Kellie Bartoli said, “No, the superintendent did not say that in his statement yesterday.”

It is “not known” yet whether the group was affiliated with the Antifa, Bartoli added. 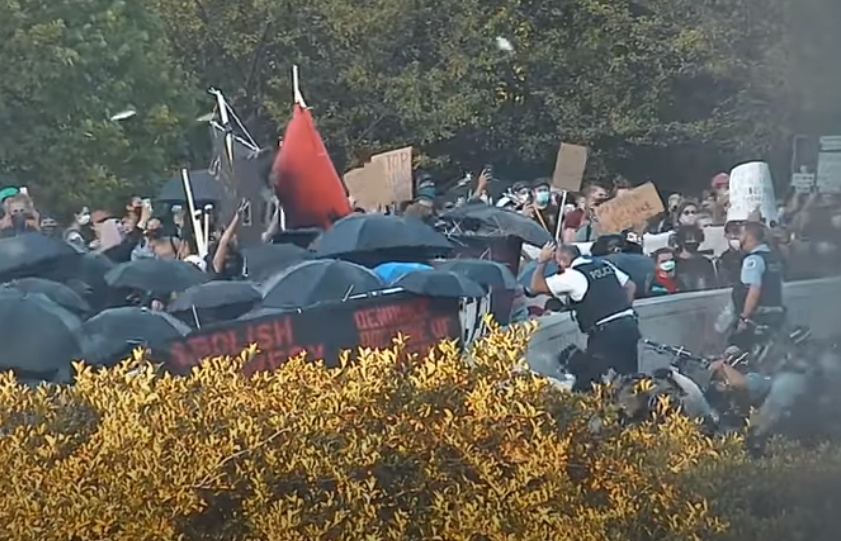 However, Chicago Mayor Lori Lightfoot on Monday said the group seemed to be “vigilantes” who hijacked the peaceful Black Lives Matter protest to “fight.”

“And we are going to put that down. We can’t have a circumstance where a small subset of that try to take over and hijack the peaceful protest and then turn it into a fight with the police.”

A dozen members of the group were arrested for mob action. 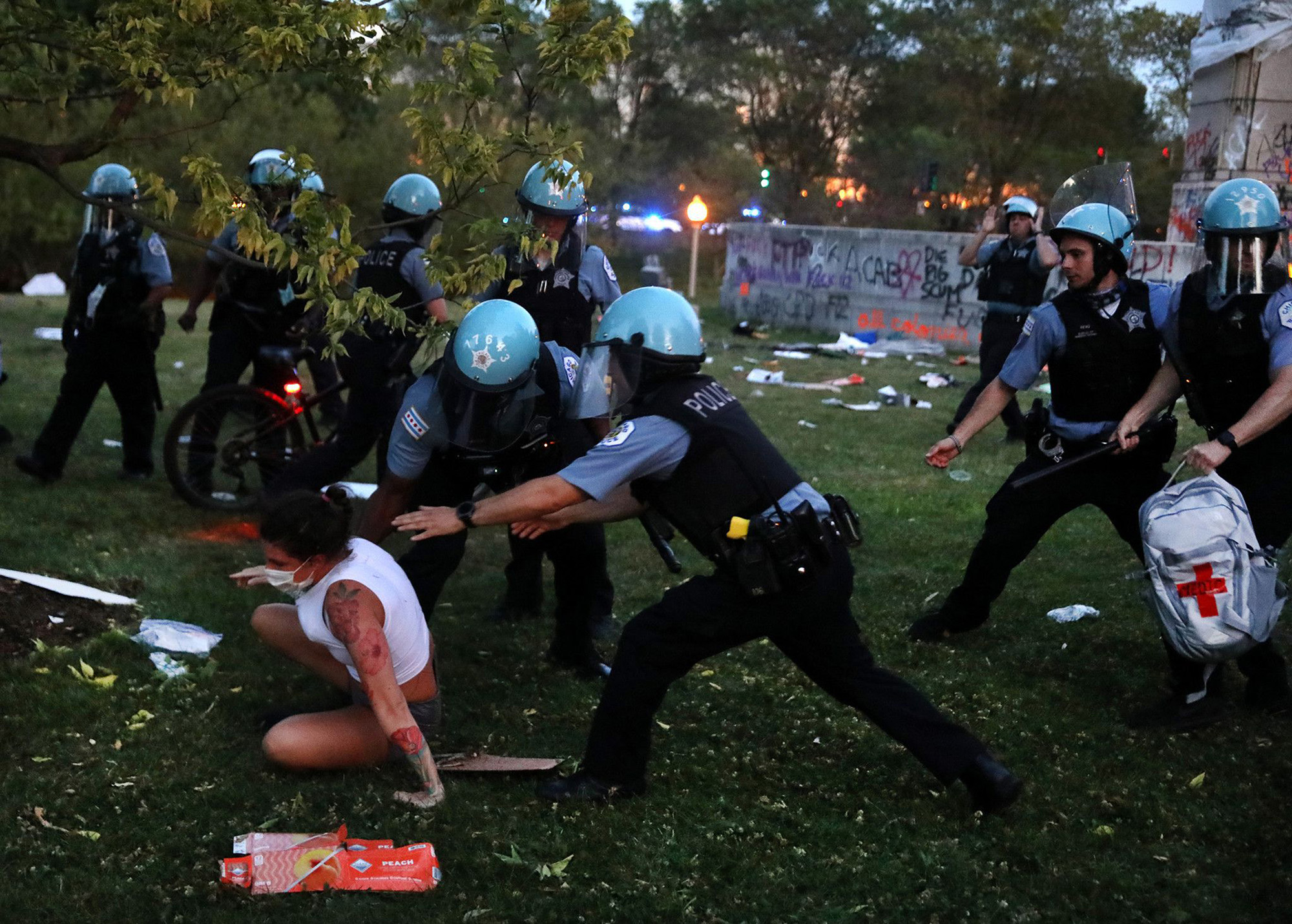 There were 49 police officers injured and 18 were hospitalized.

Further detailing what was visible in the video, Area 3 Deputy Chief Daniel O’Shea said group members had carts and bags full of objects they pelted at police, and that they used sharpened PVC piping to poke officer.

“What you’re seeing here is obviously an ambush on police officers,” O’Shea said during the press conference on Monday.

Videos shared on social media allegedly showed police assaulting a journalist with a press pass as well as 18-year-old activist Miracle Boyd, who claimed than an officer punched her in the face and knocked out a tooth.

Brown responded to those reports by saying his department will conduct “a thorough investigation of any and all allegations” of misconduct.

The superintendent added that the police department “does not want to engage in violent interactions with peaceful protesters” but that officers have sworn by oath to act when the law is broken, “even if that means protecting a statue.”