Home » World News » Angela Merkel, the West's most enduring leader, has run out of time

Angela Merkel, the West's most enduring leader, has run out of time

This is not the beginning of the end for Angela Merkel, one of the Western world’s most impressive, but dwindling, leaders.

It is getting close to the end of the end. 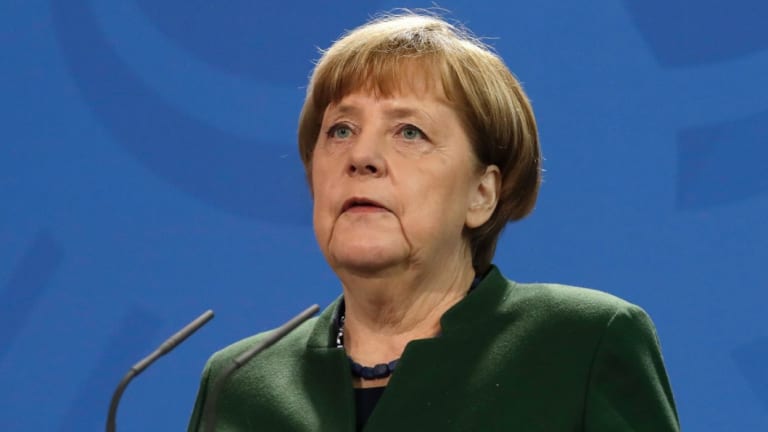 Merkel’s announcement on Monday, that she has told the leadership of her centre-right Christian Democrats that she will not seek re-election as party chairwoman in early December (though she reportedly wants to stay on as Chancellor), is the official green light for the race to replace her that has, in reality, been running for at least a year.

She has led her party since 2000 and her country since 2005. It is an extraordinary innings, especially at a time of widespread and regular political upheaval. In 2005 John Howard still led Australia, Tony Blair the UK, and George W Bush the US. It seems like an age ago.

Predicting Merkel’s imminent political demise has long been a regular game for pundits, on the principle that no one will remember if you got it wrong, and everyone will be impressed when you get it right.

But it has always been a question of when, not if. The headwinds have relentlessly stiffened against the leader Germans affectionately call “Mutti” – mother. 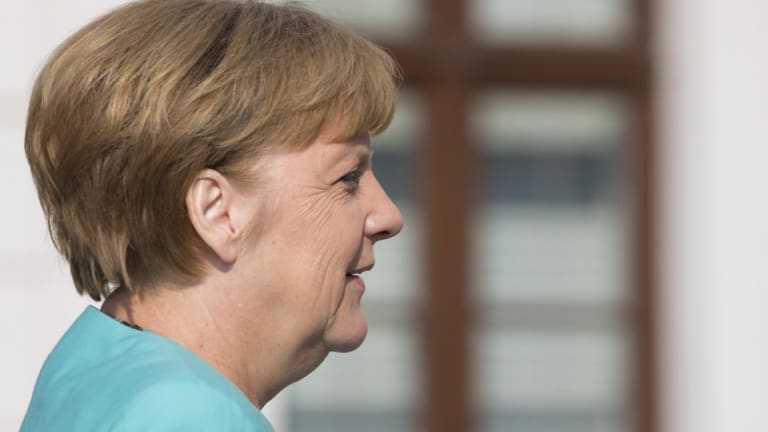 German chancellor Angela Merkel is about to resign as party leader, but she wants to stay on as Chancellor.Credit:Jasper Juinen

She is not hated – far from it. Her popularity has never plumbed the depths reached by (for example) the UK's Theresa May or France's Emmanuel Macron.

But the Germans are weary of her and want a fresh start. Though opinion polls show they respect her intelligence, competence and strength, they also showed this year an increasing perception that she was dictatorial and out of touch.

And that feeling has increasingly manifested in real votes.

Last year’s general election was an historically poor one for her party – though the CDU ended up with the most MPs, Merkel had a nightmare of a time trying to build a coalition big enough to command the Bundestag majority.

In the end she played the ‘duty to the nation’ card and bullied her long-suffering centre-left opponents, the SPD, into another grand coalition that the SPD knew would hurt its support even more. Which it did.

That left voters tired of the CDU and unimpressed with the SPD. They looked elsewhere for inspiration.

Both the SPD and the CDU’s sister party, the CSU, had a torrid time in the Bavarian state election in mid-October, in Germany’s south.

The SPD lost a ton of votes to the Greens, and the CSU to the far-right AfD, as the old political centre continued to hollow out (plenty of CSU votes went to the Greens, too).

And the same pattern recurred in the weekend’s state election in Hesse, which contains continental Europe’s biggest financial centre, Frankfurt.

On the face of it, the people of Hesse should be content. The state has the highest salaries in the country and unemployment has been falling for years.

But the Greens surged to challenge the SPD’s status as the main party of the left. Merkel’s CDU dropped over 10 percentage points (much of that vote going to the Greens, too). And the nationalist AfD entered Parliament for the first time – Hesse had been the last State Parliament where it lacked representation.

Exit polls suggest strongly that voters were using the state election to signal their dissatisfaction with the state of federal politics.

Part of the reason for Merkel’s decline is continuing disquiet over her refugee policy – the moment in 2015 where she changed the rules and took in a million asylum seekers.

She is not hated – far from it. Her popularity has never plumbed the depths reached by (for example) the UK's Theresa May or France's Emmanuel Macron.

This act of compassion over political calculation has reverberated through the country ever since. It’s not so much that Germans are anti-refugee, more that they feel it was an over-reaction, and dealing with the problems it caused distracted the government from other pressing issues.

Another part is simple weariness with a leader who has been around for a long time.

But above all it’s been the quarrelling within the new government.

The CDU/CSU/SPD tie-up was born of necessity, not vision. It had no direction, no clear reason to exist other than hold on to power.

And it has been characterised by squabbling ever since. Most Germans want it to go away.

Many in the SPD want that, too, blaming it (correctly) for their disastrous loss of voters.

If the coalition breaks down, Merkel could plough on in a minority government – an option she has little appetite for, and which the Parliament might reject (or at least reject with her as Chancellor).

She could try to pull together a new coalition, though the numbers are stacked against her, and coalition partners would probably demand that she resign as a condition of the deal.

Or she could call a snap election – in which she would almost certainly not stand for re-election.

Her options are running out. Sooner or later Merkel will go, and Monday was the first move in the end game.