"I’m just trying to keep calm – the last thing we need now is for Victoria to close the border with South Australia," said Paul Singleton, from the tiny village of Nelson, three kilometres from the state border in far south-west Victoria.

Apprehension and confusion gripped many Victorian-South Australian border communities as an outbreak of COVID-19 in Adelaide potentially threatened the days-old agreement to open all Australian states by December 1. 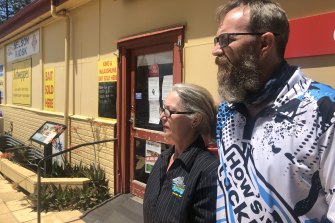 In a reprise of earlier coronavirus panic, shoppers across South Australia – including at border cities Mt Gambier and Bordertown – were reported to be hoarding toilet paper, forcing Coles and other supermarkets to announce a two-pack limit.

Only last week residents of border communities took to social media to welcome the announcement that the South Australian government was weeks away from opening its border with Victoria after months of tough restrictions.

But by Tuesday the mood had altered among the 3000 members of the Cross Border Call Out Facebook site, with some expressing anxiety that Victoria could find itself exposed because it had no police checks on South Australians driving into Victoria. Some wanted Victoria to close its border.

Victorian Premier Daniel Andrews announced on Monday there would be additional screening of travellers arriving from South Australia by air, though it had yet to be determined if there would be screening at land borders. 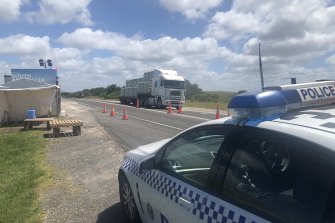 However, he said the borders would remain open.

Mr Singleton and his partner Andrea Winfield had every reason to hope the new COVID-19 outbreak in Adelaide did not lead to Victoria tightening border controls.

They run the post office and general store at Nelson, on the Glenelg River, and have already suffered through South Australia’s restrictions.

"We’re the meat in the COVID sandwich," Mr Singleton said.

In late August, as the South Australian administration slammed shut its border, the couple hastily packed their belongings and moved from their home in the tiny South Australian riverside settlement of Donovans to Nelson, a few kilometres away in Victoria, so they could continue running their business.

Mr Singleton and Ms Winfield moved back to their home in Donovans. The South Australian buffer zone later increased to 70 kilometres, but still required permits and regular COVID-19 tests.

But their hopes could be dashed if Victoria closed its border, forcing them to move house again, back to Nelson, and preventing prospective staff from travelling from Mt Gambier.

"It shouldn’t be like this," Mr Singleton said. "Australians shouldn’t have to worry about living with one foot in each state camp."