Alexa, fight wars for us: Former Army officer says that the special forces of the future should be planting malware within enemy servers

Special Forces of the future should be planting malware in enemy servers rather than fighting wars with daggers, the new armed forces minister said yesterday.

James Heappey, a former Army officer, said the UK needed to develop the capability to ‘switch off’ other countries’ infrastructure and ‘mess around’ with their systems.

Mr Heappey, handed the job in the reshuffle last week, also questioned whether the UK military was like ‘Blockbuster’ and about to ‘go out of business’ because of an adversary ‘Netflix’.

He said the military needed ‘to think the incredible’ to win wars now and referred to the Alexa smart speaker as a model for innovation, adding: ‘Alexa, fight my war.’ 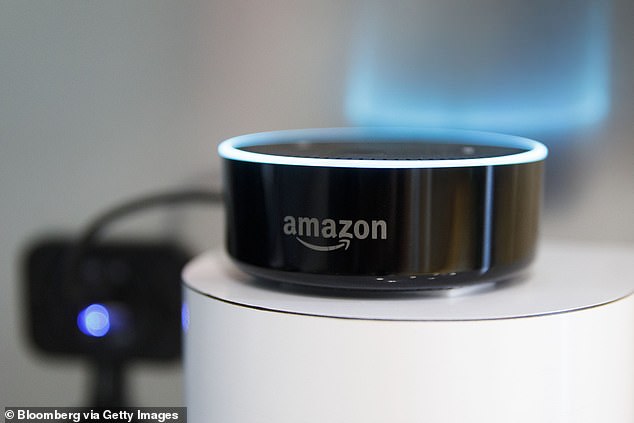 He said the military needed ‘to think the incredible’ to win wars now and referred to the Alexa smart speaker as a model for innovation, adding: ‘Alexa, fight my war’ (Stock image)

One of his self-prescribed ‘ridiculous’ suggestions was developing ‘plankton powered rubber duck bombs’ to be used in their thousands to sink ships such as aircraft carriers.

Speaking at the Royal United Services Institute (Rusi) think tank, he said: ‘We have commercial, consumer tech in our hands, in our homes, and that has informed our thinking and we started to look at how do we deploy that utility within defence.’

Mr Heappey said the role of Special Forces would change in future, adding: ‘Their dream was crawling through the ditch with their dagger in their teeth ready to plunge it into the heart of the enemy commander.

‘Now we want them to crawl in and plant malware in the heart of the enemy servers and it is so much less glamorous yet so much more devastating in the effect that it can have.’ He said that the future of special operations was now about the ‘ability to get in and access our opponent’s data even when their system seems impenetrable from the outside through online accesses’.

‘Clearly that is a capability that is surely at the heart of a future Special Forces capability’, he added.

He said the UK needed to have a resilient home network but also needed to be prepared to use offensive cyber.

‘We need to understand that if war is coming the first thing our opponents will try to do is to disrupt our first generation by switching stuff off before we’ve even left to fight the war.

‘We need the capability to do exactly the same to them.

‘We need to be able to thousands of miles in depth, switching stuff off, messing around with their digital architecture, their infrastructure back home, so they can’t get to the start line in good nick either.’

He said this needed a ‘total rethink of the sort of people with the sort of skills we need in defence’. He said cyber experts needed to ‘exploit stuff thousands of miles away to defeat your enemy’.

His comments came as a major defence review is ongoing into the future of the armed forces.

He said it said ‘absolutely right’ that having a formidable offensive cyber force should be at the top of a strategic command shopping list.

Mr Heappey also said that servicemen and women needed to be ’emboldened’ to ‘think the ridiculous’.

He said: ‘In order to embolden people to think the ridiculous, I was talking… last week about plankton powered rubber duck bombs, but why not?

‘Who knows? If a million plankton powered rubber duck bombs crashed into the Queen Elizabeth, she might sink. 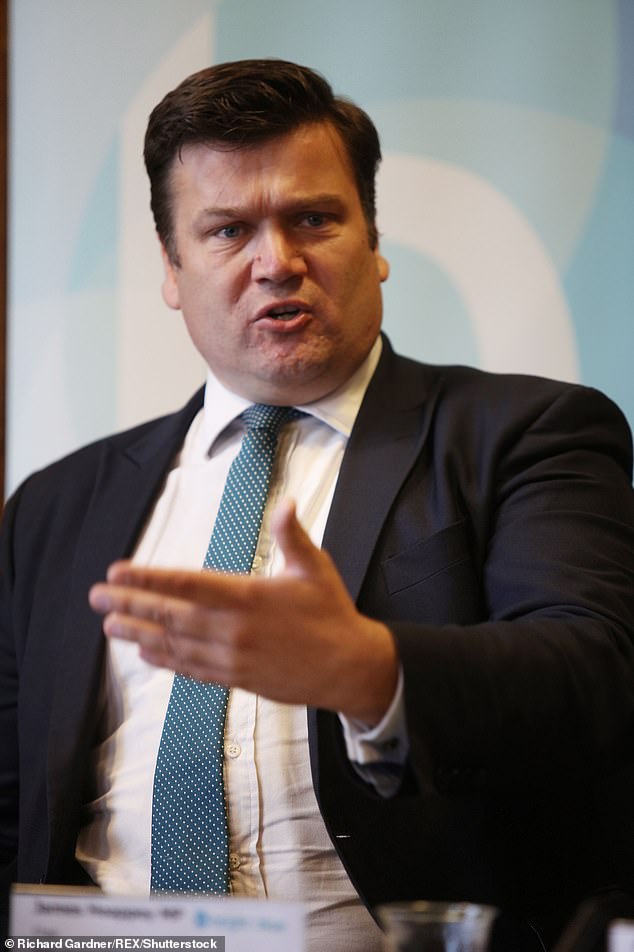 James Heappey MP (pictured) said the role of Special Forces would change in future, adding: ‘Their dream was crawling through the ditch with their dagger in their teeth ready to plunge it into the heart of the enemy commander’

‘We’ve got to think the incredible. It’s right we challenge ourselves, we challenge every single last but of our thinking.’ He went on: ‘The challenge on sunset capabilities – what is the stuff we can soon do without.

‘What is the challenge on sunrise capabilities – what will give us the edge in the future?.’ He questioned whether the UK was like Blockbuster about to ‘go out of business’ because of Netflix.

He said: ‘Are we in our platform centric military, Blockbuster, about to be disrupted by a future fight that is Netflix? In which case are we going out of business?

‘Are we fundamentally just completely structured wrong in what we have got?

‘Or it is a sort of disruption that is more Zip car, Uber, Deliveroo where the platforms the business model still look broadly the same but the battle winning bit is the speed in which everything flows….

‘I don’t know the answer. But strategic command clearly occupies a very big space in the answer to that challenge.’

Lieutenant General Rob Magowan added that senior officers and officials must be ‘luddites no more’.

He said: ‘We’re not as good as we think are.

Remarking on operations in the North Atlantic and Arctic, Vice Admiral Kyd added: ‘My word it’s tricky work at the moment…The operational advantage [for Britain] in the Atlantic has gone. We are seriously pressed by the Russians at the moment.’

He said the UK was working to wrap in ‘much more effectively the trans-agencies, special forces, maritime special operations, all the elements across Whitehall, all the levers we can get’ to counter the threat from Russia in the region.