Australian doctor from Thai cave rescue speaks about the experience

The Australian doctor who worked tirelessly to free the Wild Boars soccer team from the depths of a cave in Thailand has spoken publicly about the incredible experience for the first time.

Doctor Richard Harris touched down in his hometown of Adelaide on Saturday after becoming a ‘hero of the Thai people’ when he helped rescue all 12 boys, as well as their coach, from the cave complex in Chiang Rai.

Dr Harris and a team of experienced cave divers from around the world worked for days to free the group, who were stuck inside the cave for two weeks.

Speaking in Adelaide on Saturday, the 53-year-old anaesthetist said he was happy to be home with friends and family after what was a ‘pretty amazing experience for us all last week being involved with this rescue’. 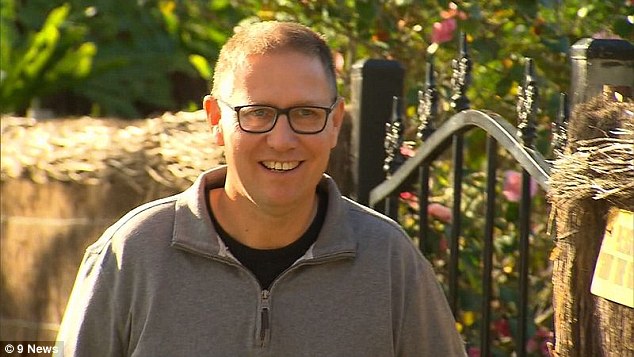 Doctor Richard Harris, who worked tirelessly to free the Wild Boars soccer team from the depths of a cave in Thailand has spoken publicly about the incredible experience for the first time 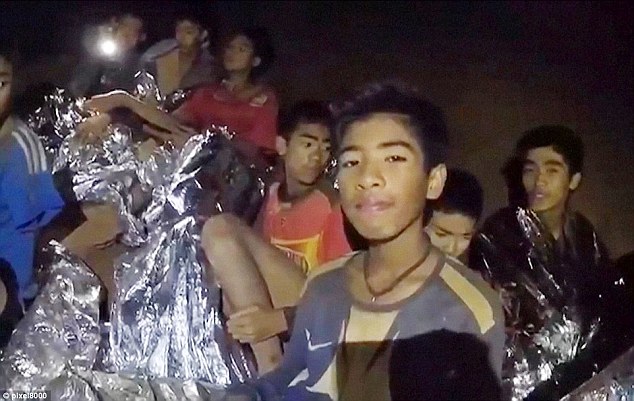 Dr Harris and a team of experienced cave divers from around the world worked for days to free the 12 boys (pictured) and their coach, who were stuck inside the cave for two weeks 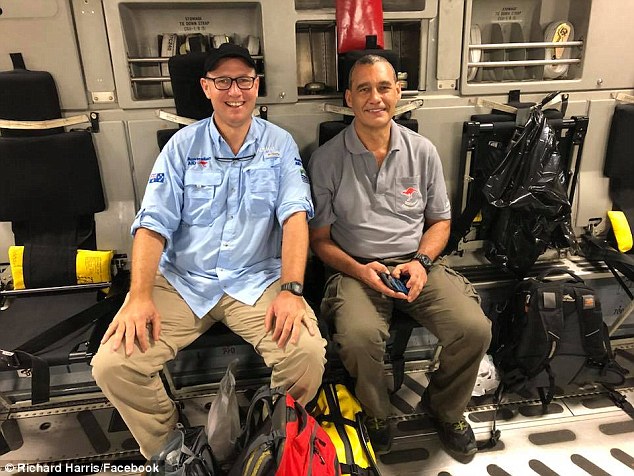 Speaking in Adelaide on Saturday, the 53-year-old anaesthetist (left) said he was happy to be home with friends and family after what was a ‘pretty amazing experience for us all last week being involved with this rescue’

‘Some moments of significant fear I have to say and then a great result and some really joyous moments to finish making some true friends and colleagues,’ he said.

Dr Harris also described the mission’s end as ‘bittersweet’, however, as he received news of his father’s passing upon reemerging from the cave.

‘Sadly my father died at the end of the rescue… [and] I’ve been very grateful for everyone respecting my privacy while I’m dealing with that with my family.

‘I’m hoping to get back to work and go through the funeral and celebrate dad’s life and get everything back to normal as quickly as possible. Thank you all very much.’

On his flight back home to Australia on Friday night, Dr Harris took a moment ‘to really stop and reflect on the extraordinary events of the past 8 days’, writing a long and emotional Facebook post that paid tribute to all involved in the rescue. 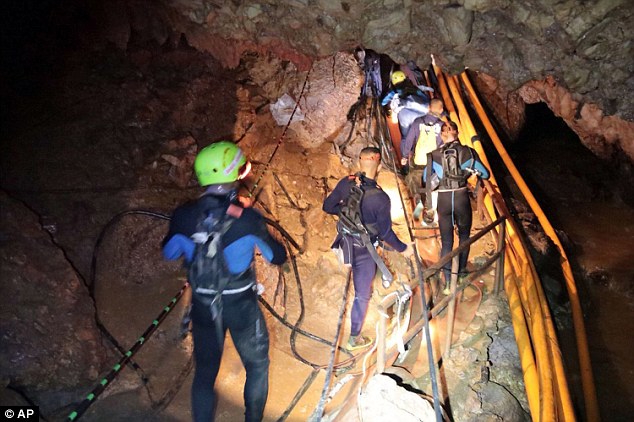 ‘Some moments of significant fear I have to say and then a great result and some really joyous moments to finish making some true friends and colleagues,’ said the Australian anaesthetist 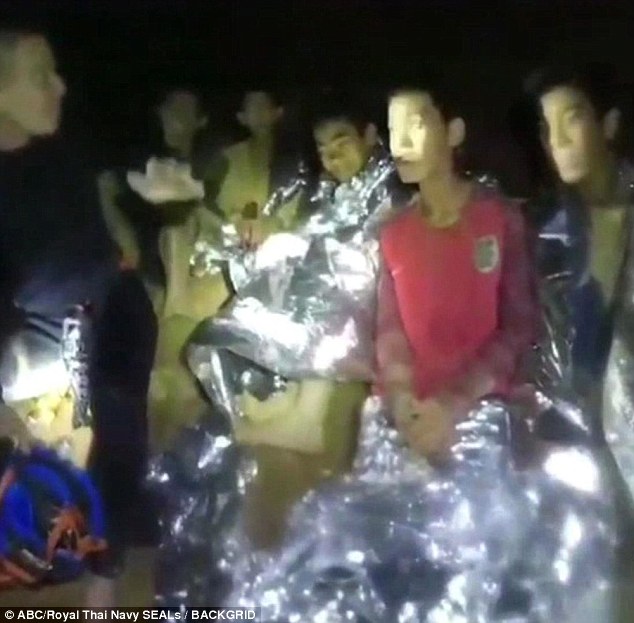 He started by singing the praises of ‘local divers like Ben Reymenants and the awesome foursome from Britain (John Volanthen, Rick Stanton, Jason Mallinson and Chris Jewell)’, who first laid the rope that would be used in subsequent dives.

‘The efforts and skill of these guys in blazing this trail cannot be underestimated,’ Dr Harris declared.

‘Meanwhile on the ground, the Thais and international community sent in swarms of men and women… [and] huge teams of workers filling the cave with… equipment to try and lower the water and sustain the diving operations,’ he continued.

‘I have never seen anything like it with man battling to control the natural forces of the monsoon waters… And all this time 4 brave Navy Seals sat with the Wild Boars knowing they were in as much danger as the kids. 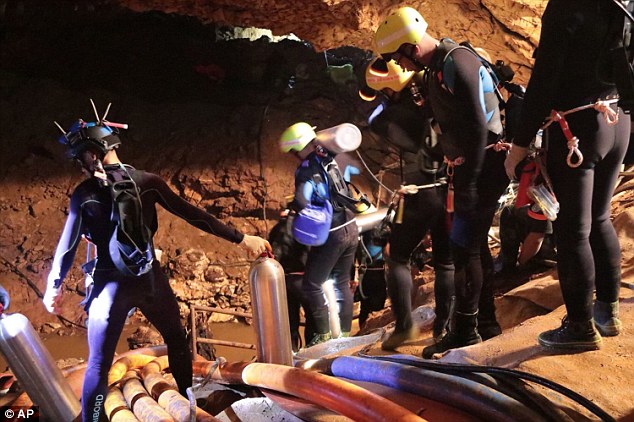 ‘I have never seen anything like it,’ Dr Harris wrote, ‘with man battling to control the natural forces of the monsoon waters’

‘The pressure that was put on (all of the divers involved in the rescue) was immense and they never dropped the ball for a second.’

The Australian doctor went on to insist that his role was but a small part of the collective effort to free the boys, and that that ‘all the many hundreds (perhaps thousands) of people I have mentioned’ deserve equal praise.

‘I wanted to write this to try and give credit to all the people who were in some way involved,’ he said.

‘The part we played has been made out to be a lot more noble than it actually was, we just consider ourselves lucky to have had some skills that we could contribute to the wonderful outcome.’

The post has received more than 50,000 comments and likes, with one Thai person telling Dr Harris his father ‘was the proudest father in the world on his last day’.

Dr Harris built a strong rapport with the trapped boys, building their confidence ahead of the successful rescue mission, News Corp reported.

He gave the boys anti-anxiety medication so they would relax during the long journey out of the cave – and while the dosage helped, his accent has also been credited with soothing the stressed teens. 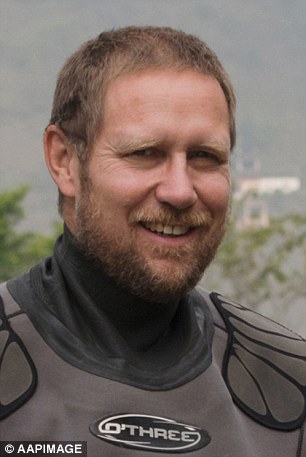 British diver John Volanthen, 47, who found the boys and their coach inside the cave system, said Dr Harris’ bouncy Australian accent was ‘relaxing and reassuring’ to the boys.

The doctor and his Australian dive partner vet, Craig Challen, sent a message of thanks after the final group of boys were rescued on Thursday night.

‘The favourable outcome that has been achieved is almost beyond our imagination when we first became involved in this operation.’

‘We are humbled to have been able to provide our expertise and experience to assist in this international operation led by the Thai government.’ 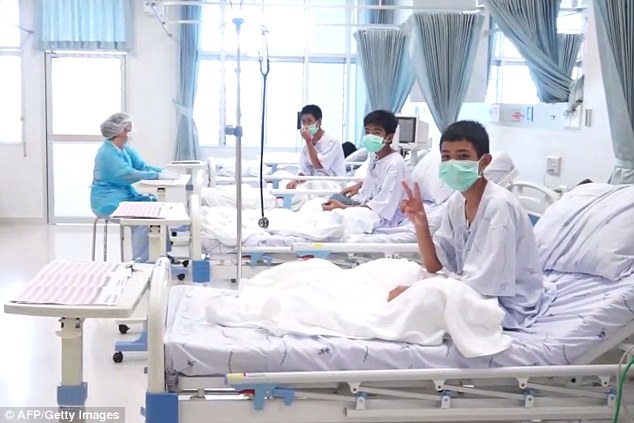 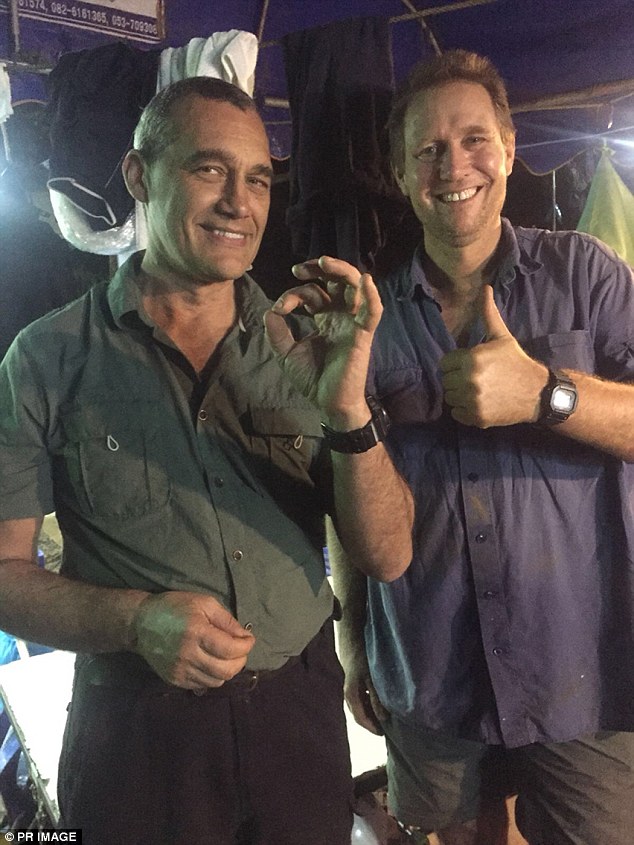 Dr Harris (right) and his diving partner, Craig Challen, (left) were about to leave for a holiday when they got the call to assist in Thailand

Many are calling on Dr Harris and Mr Challen to be presented with Australia’s highest civilian bravery award, the Cross of Valour, with a change.org petition approaching 40,000 signatures.

There has also already been conversation in Hollywood about producing a movie focused on the role of Dr Harris, the ‘extraordinary Australian.’

Despite Dr Harris lifting the spirits of the trapped boys, it has been revealed Mr Challen was initially pessimistic about the rescue mission.

‘He did hold concerns for the whole situation. I think he went over there with a bit of a pessimistic view – he thought it was going to be a real challenge to get the boys out alive,’ Heather Endall told ABC radio. 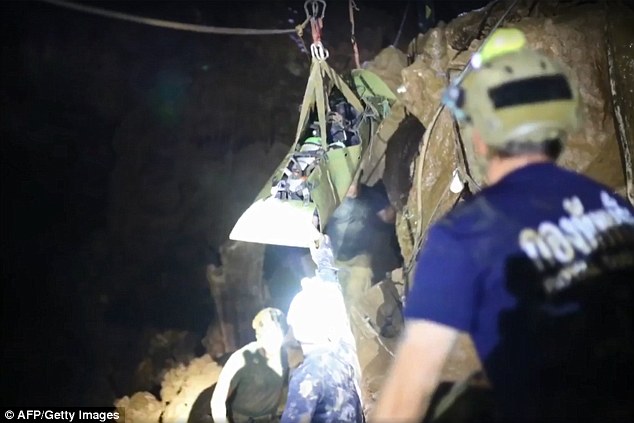 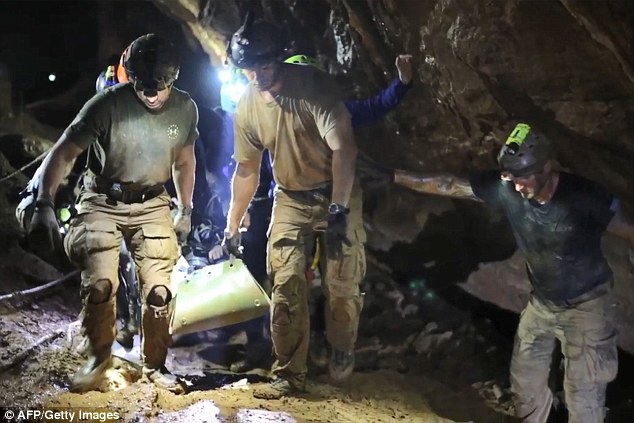 ‘He didn’t actually display any regard for his own safety.’

Dr Harris and Mr Challen, who were among 20 Australians involved in the rescue, were about to leave for a holiday to the Nullarbor together when they got the call to travel to Thailand.

Within an hour, they were on their way to Thailand to assist in the rescue mission that almost failed.

Rear admiral Apakorn Youkongkaew, head of Naval Special Warfare Command, said they feared time would run out before they were able to safely retrieve all of those who were stranded: ‘Oxygen was decreasing and the kids were becoming drowsy,’ Apakorn said.

‘What will we do? We had such time constraints. Finally, we got a plan from the international divers. I’m so glad. We approved it.’

The final plan for the rescuers was to place oxygen cylinders and a guide rope along the route out of the cave.