At least 17 people have died in weather-related incidents across the continent this week.

Three people were hurt when a 300-metre-wide avalanche hit the Santis hotel in Schwaegalp in Switzerland on Thursday.

An image taken from inside the hotel showed the snow had crashed into the restaurant and buried more than 25 vehicles, including a coach, in the car park. 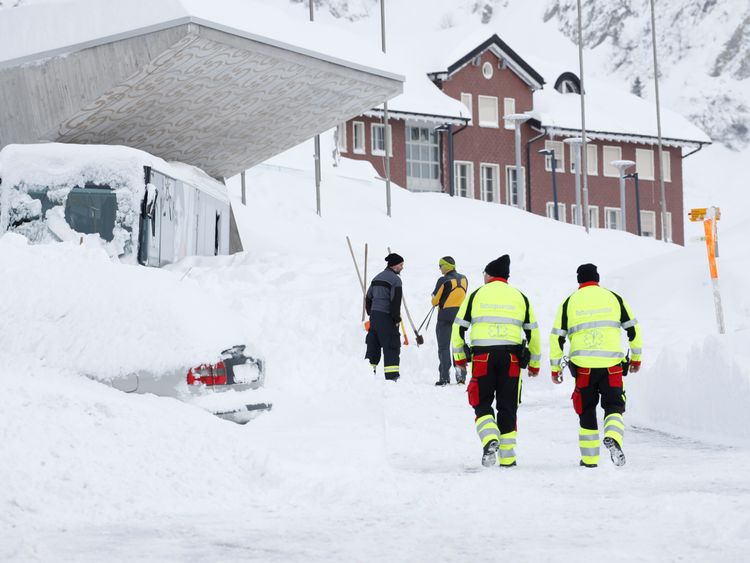 A hotel guest told the Tagblatt newspaper: “There was a massive noise and a load of snow came in the back of the restaurant.”

Elsewhere, schools were forced to shut after heavy snow left some remote villages cut off and disrupted traffic and power supplies in the Balkans.

Serbian state TV said on Friday that six regions in the southwest of the country had introduced emergency measures.

:: Parts of Britain could see snow by end of next week

Authorities were attempting to distribute supplies to residents, hindered by snowdrifts, it said.

In neighbouring Montenegro, three towns on the Adriatic coast are still without electricity after a snowstorm earlier in the week hit a key power distribution line. 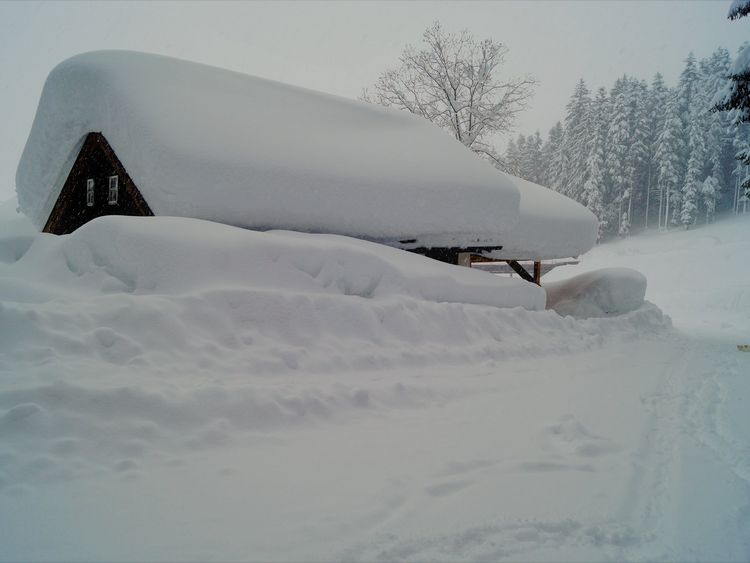 “We need more machines. We have run out of resources and money,” he said.

The weather has caused major disruption across Austria and Germany too.

Around 120 flights were cancelled at Frankfurt Airport and 90 at Munich Airport on Friday due to snow. 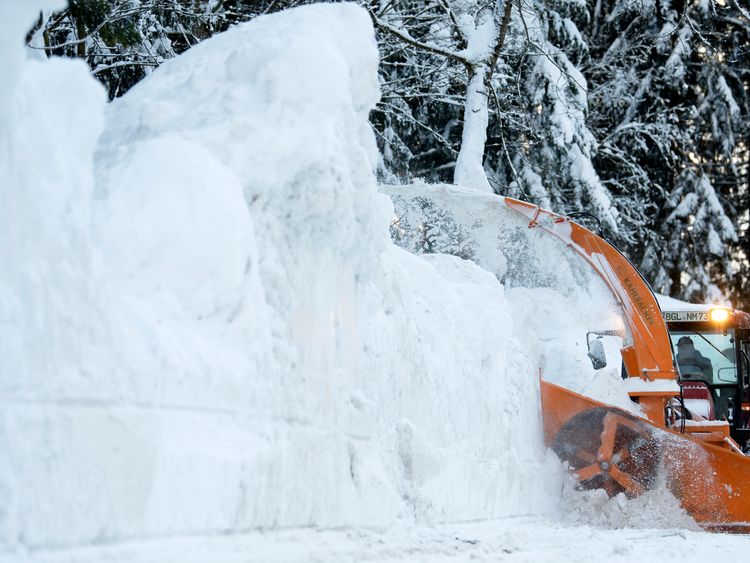 In the eastern German city of Chemnitz, all planned burials at the civic cemetery through Monday have been called off because of the snow.

Five districts in Bavaria have declared a state of emergency with schools closing and some towns requesting the military to help clear the snow. 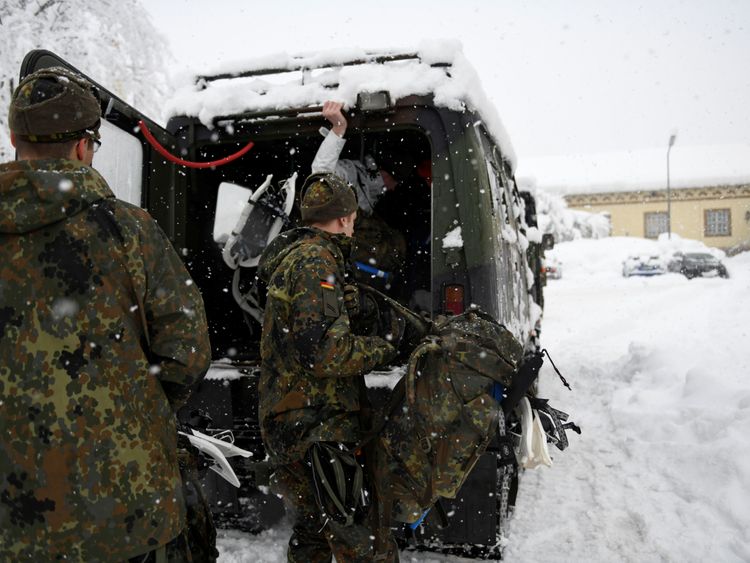 In the eastern state of Saxony on the border with the Czech Republic, forest workers felled trees along a road leading through woods “as a precaution”.

The UK could also be experiencing cold weather towards the end of January, if early European predictions are correct.

Forecasters have said the same weather pattern which sparked last year’s “Beast from the East” bringing freezing temperatures and heavy snow, could return.