They tugged on the 5ft square sheet before poking it with their heads and wrapping it round them. 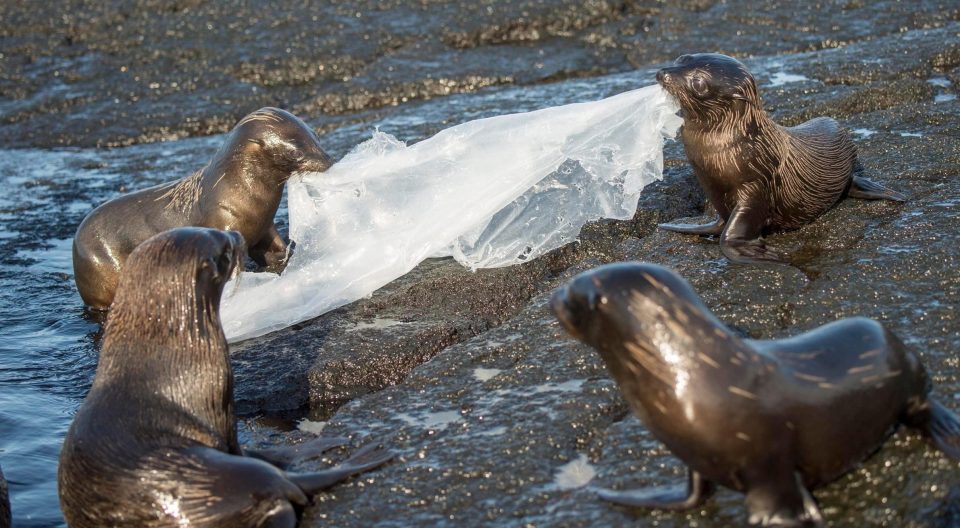 Photographer Tui De Roy captured the disturbing scene in a tide pool on the Galapagos Islands, Ecuadaor. She eventually took it off them, saying: “They really tried to hang onto it.”

Explaining her decision, De Roy said: "It was wonderful to see how the pups enjoyed their new toy to play with, they were so excited it was hilarious.

"But at the same time I was very worried that this toy could easily harm them.

"They might swallow small pieces inadvertently, or get tangled in it and drown. 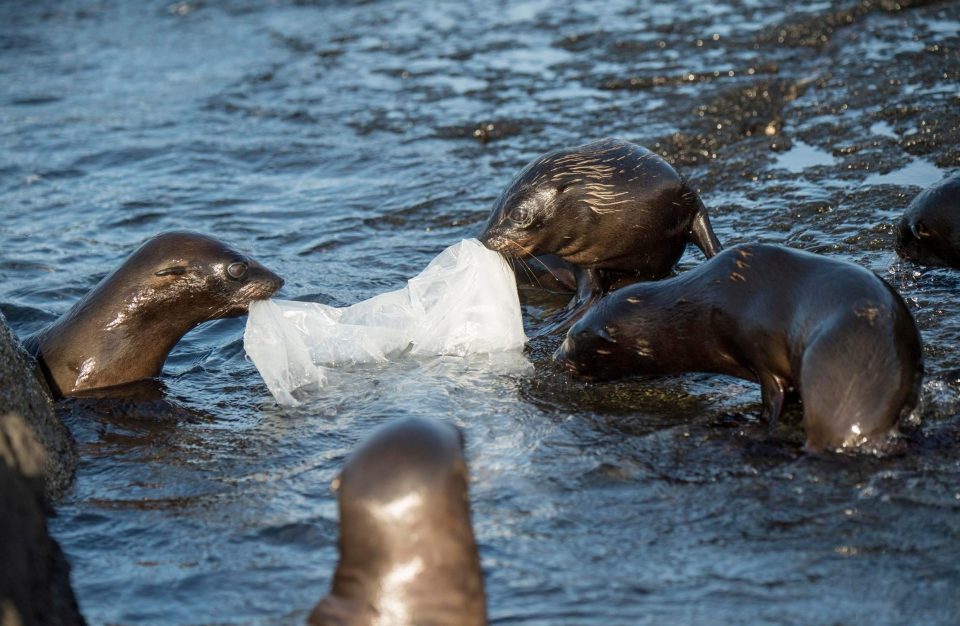 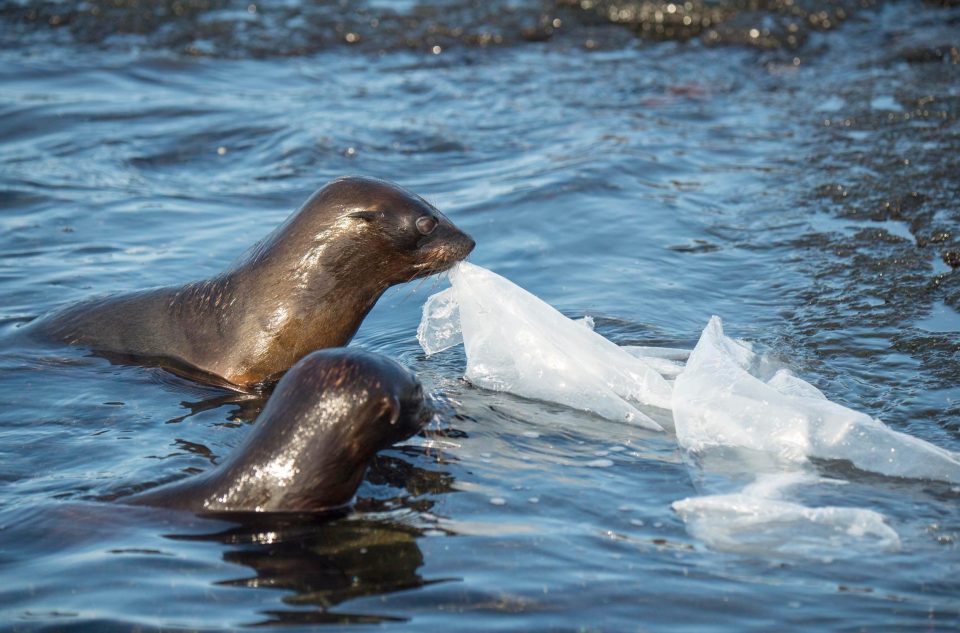 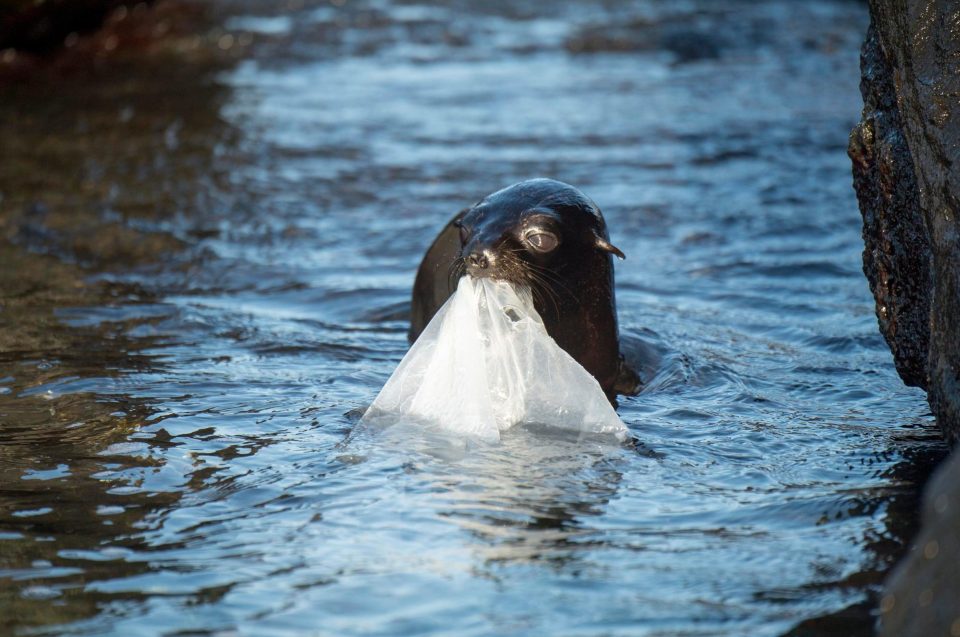 "But they looked so disappointed when I took it away."

According to statistics from the Sea Turtle Conservancy, a marine conservation organisation, over 100 million marine animals are killed each year as a result of plastic debris in our oceans.

Animals mistake the indigestible plastic for food, or become tangled in it and suffocate or drown.

De Roy, 64, from Isla Santa Cruz, Ecuador, found the seals while she was accompanying a group of researchers studying marine productivity.

She believes the plastic, which she described as "heavy-duty", "clear" and "5ft square", might have been inadvertently dumped into the ocean by a vessel: "Maybe it had originally served to cover a ship's deck cargo."