A bankrupt man set fire to his own belongings in a £35,000 removal van then stood drinking a cup of tea as he waited for police to arrive.

John Cartwright, 65, has been told he faces a long prison sentence after exploding into a fit of rage whilst having his property repossessed on February 15.

A court heard that he poured petrol into the back of the van in broad daylight outside his home in St Dennis, Cornwall.

As he destroyed some of his own belongings in the blaze, he said: ‘If I can’t have my stuff, no-one can.’ 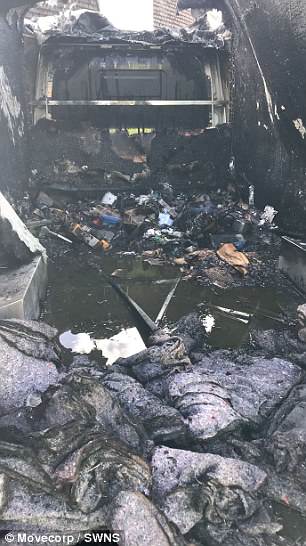 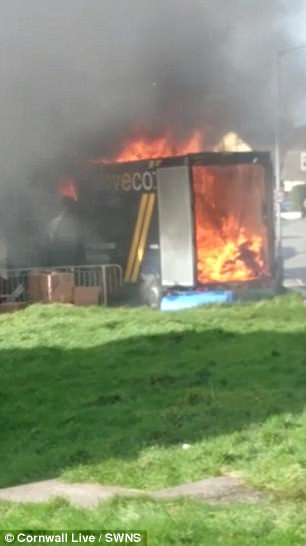 The van, which belonged to international removals company Movecorp, was written off at a loss of £34,874.

And as he waited for police to arrive, Cartwright stood casually outside his home drinking from a mug.

Cartwright was arrested and charged with one count of arson. He pleaded guilty at Truro Crown Court on Friday.

Katie Churcher, prosecuting, told the court that Movecorp would be seeking compensation from Cartwright. 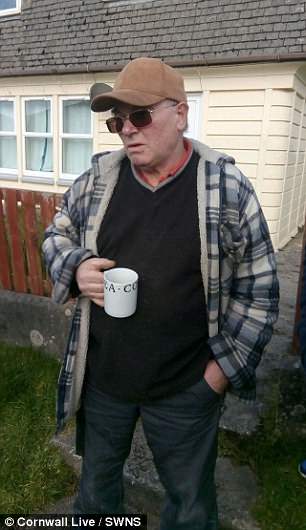 Cartwright (left) was spotted drinking tea as he watched the van burn. He said as he watched his belongings go up in smoke (right) ‘If I can’t have my stuff, no-one can.’ 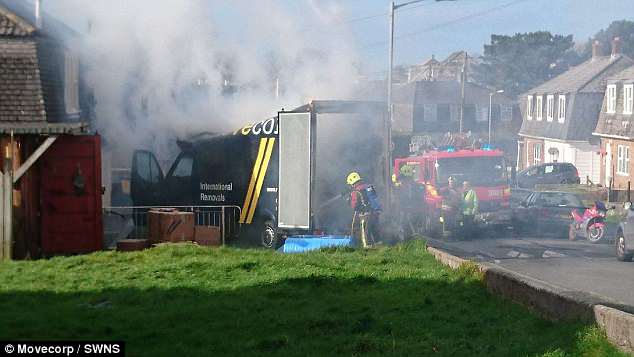 The company’s managing director, James Tennant, said his four staff were so shaken by the incident that they were given a day off to recover.

At the time of the incident, Mr Tennant said: ‘We were contracted on behalf of John Cartwright’s trustees to remove all items from the property after it had been repossessed after a bankruptcy hearing.

‘Whilst the crew started loading the truck with goods, the bankrupt poured petrol all over the truck and proceeded to set fire to the truck and contents whilst in a fit of rage and anger.

‘The value of contents is unknown but the truck is a total write off with a value of £35,000.’ 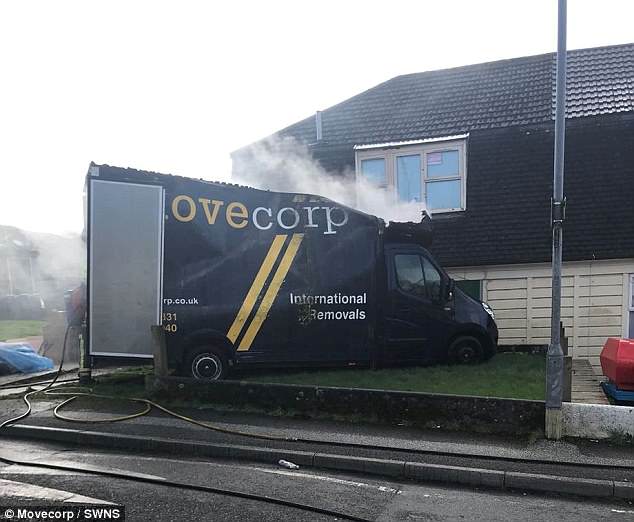 The van, which belonged to international removals company Movecorp, was written off at a loss of £34,874

But Judge Linford replied: ‘I’m a mile away from a suspended sentence.’

He added: ‘This is a very serious case indeed, and an extremely serious and worrying offence. He is looking down the barrel of a very long prison sentence.’

Judge Linford then adjourned the case for a pre-sentencing report.