BBC Weather forecaster Matt Taylor warned BBC Breakfast viewers some parts of the UK will see heavy snow showers this weekend. Temperatures will drop drastically, falling as low as -11C for some. He said: “The snow is falling heavily for some this morning. This is North Yorkshire, a good covering of snow through the night. You can see where these now is at its most widespread at the moment, in parts of northern England. Flurries further south.

“A covering of snow as far south as Windsor. It is in this zone, from the borders of Scotland to the north Midlands, North Wales, you could see two to five centimetres fairly widely.

“Maybe as much as 10 centimetres over high ground.

“It will turn back to reign in the east of the Pennines.

“Some fog to contend with in amongst the light snow flurries in the south and south-east.

“The snow showers in northern Scotland and Northern Ireland should fade in the afternoon to give long sunny spells. But wherever you are, another cold day.

“Temperatures -6C, -7C in parts of Scotland, quite a few of you will struggle to get above 1C or 2C.” 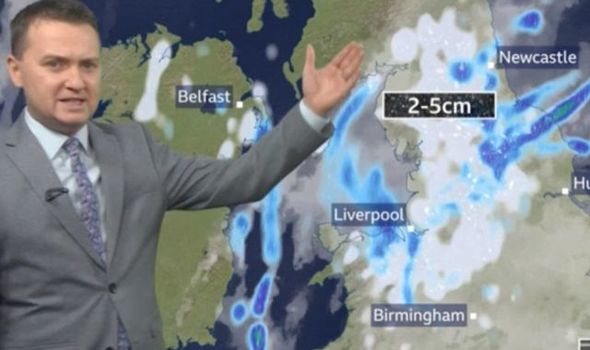 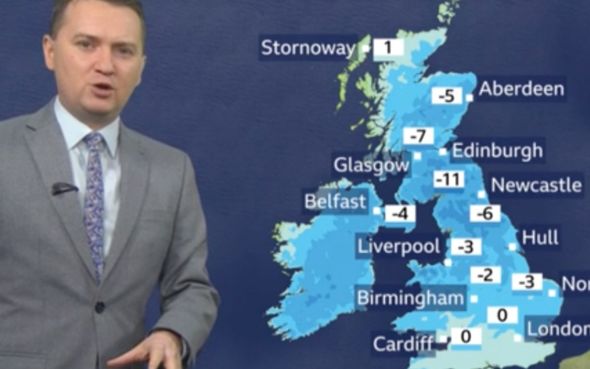 On Thursday, the Met Office updated and extended snow and ice warnings across the UK as a deep chill heads for the country.

Wintry showers are predicted to bring extremely cold conditions across the country with as much as two inches of snowfall expected in some regions.

The Met Office has several weather warnings in force on Friday.

The first is a snow and ice warning is in effect on Friday from 12am until 12pm.

The warning advises of heavy snow showers will bring difficult driving conditions and some disruption to travel is likely as well as some icy stretches.

The warning reads: “Frequent and heavy snow showers will affect the region overnight, before gradually easing during Friday morning, with many areas becoming dry in the afternoon.

“Around two to five cm (0.8 to two inches) is expected to fall in the area, with up to 10cm (four inches) possible in a few places above 150 metres, chiefly in the far north and northeast.

“Ice is likely to be an additional hazard.”

Another snow and ice warning was issued by the Met Office this week.

The warning is in force from 5pm on Thursday until 11.59pm on Friday.

“In addition, a more persistent spell of rain and hill snow is likely to move south across northern England and north Wales during Friday morning. 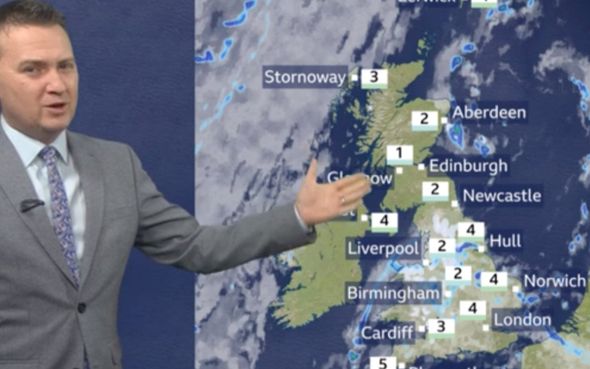 “This then gradually moving into parts of central and southwest England and southeast Wales on Friday.

“Whilst ice is expected to be the most widespread hazard, snow is likely in places too.

“Snow is most likely to fall over the Pennines, North York Moors, the high ground of Wales and perhaps southwest England, with two to five cm (0.8 to two inches) possible here.

“Elsewhere, whilst some snowfall is possible, accumulations are likely to be slight and temporary.

“Freezing fog patches may prove an additional hazard with areas of visibility less than 100m at times.”