The UK faces a bitter sub-zero Arctic blast by Sunday, according to the latest BBC weather forecast. This comes after the UK recorded its coldest night of the autumn so far last night. Temperatures plunged to -4C in Aberdeenshire, with other below freezing temperatures recorded across eastern Scotland and eastern England.

BBC meteorologist Matt Taylor explained: “It is a bit chilly out there, it was the coldest night of autumn so far last night.

“We still have a frost out there, with -4C in Aberdeenshire, and right across eastern Scotland and England, temperatures are close if not below freezing.

“In the west we have some milder air pushing in, but with it the arrival of cloud and rain.

“That rain will push itself eastwards through the day. It will be heavy at times across some western areas while the rain will be on and off for most of you in the east.” 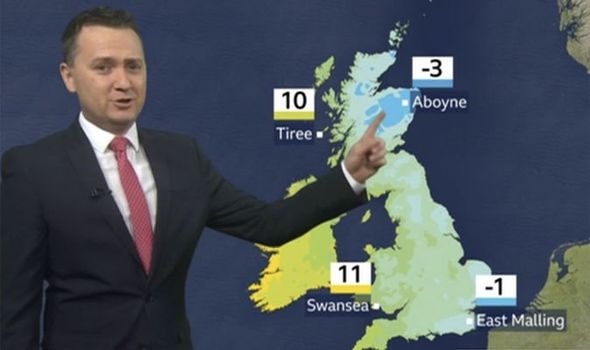 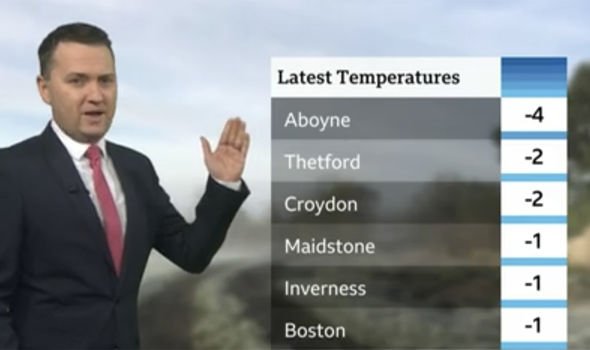 Mr Taylor said that temperatures overnight will be higher than there were in the day, with temperatures reaching double digits in parts of England.

The BBC meteorologist added that wind will be “really picking up over Scotland overnight, with severe gale-force winds”.

He continued: “As far as the weekend is concerned, there will be plenty of cloud and rain for England and Wales on Saturday.

“However, there is a very deep area of low pressure between Iceland and Norway as we go into the start of the weekend, so it will be very, very windy across the north. 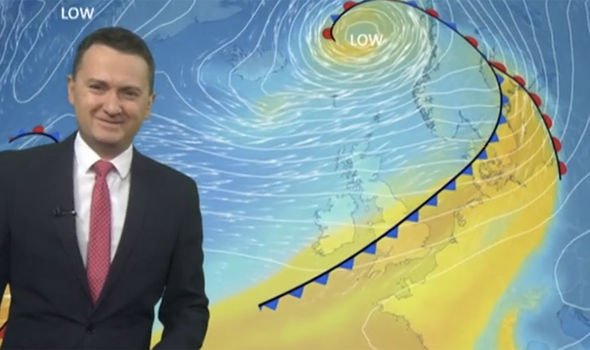 “It will a brighter day for all of us on Sunday but the colder air is back again.

“Eventually that colder, brighter air will reach southwards to all of us on Sunday.”

That second front of cold air from the north on Sunday will bring freezing temperatures again to Britain for the start of the new week. 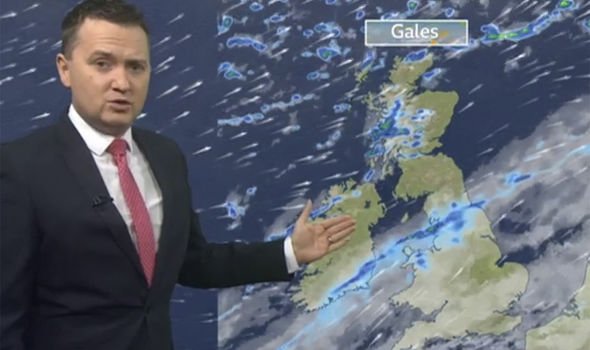 By Sunday, the Met Office has warned that snowstorms are also possible at “lower levels” in northern England.

Met Office’s Aiden McGivern said: “Winds really pick up to the north of this cold front across northern Scotland.

Earlier today, gritter lorries were already out in force in Scotland spreading salt and sand against a wintry backdrop.