Dramatic footage shows a bear being beaten by a crowd of men with sticks and spears after the animal mauled a man trying to take a selfie with it.

The unidentified victim, 27, was saved by locals in Orissa, India, who sprung to his defence when the distressed animal pounced on him.

Video footage captured by one of the bystanders shows the bear attacking the man as he struggles to escape its grip. 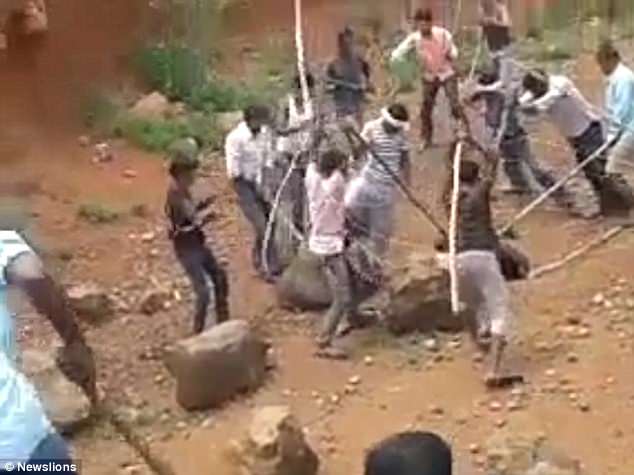 A 27-year-old man was saved by locals in Orissa, India, after a bear pounced on him 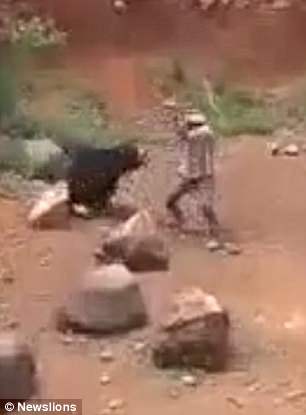 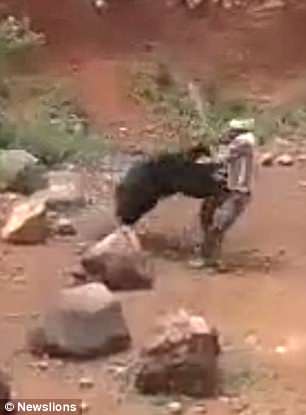 A lot of shouting and screaming can be heard on the recording as locals gathered in huge numbers and tried to free the man.

When the bear refused to let go the mob used sticks and spears to pin it to the ground and beat it to death.

One man can be seen grabbing a boulder and cruelly launching it down at the animal to make sure it was dead. 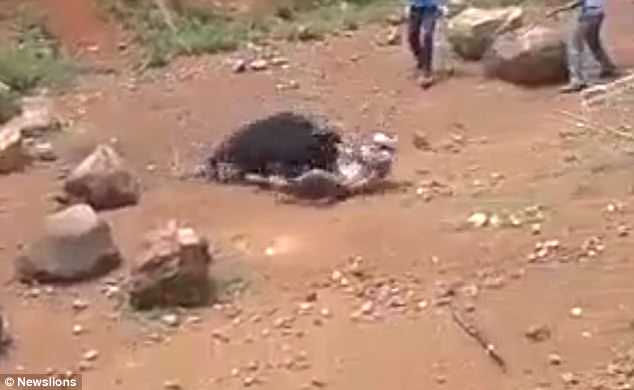 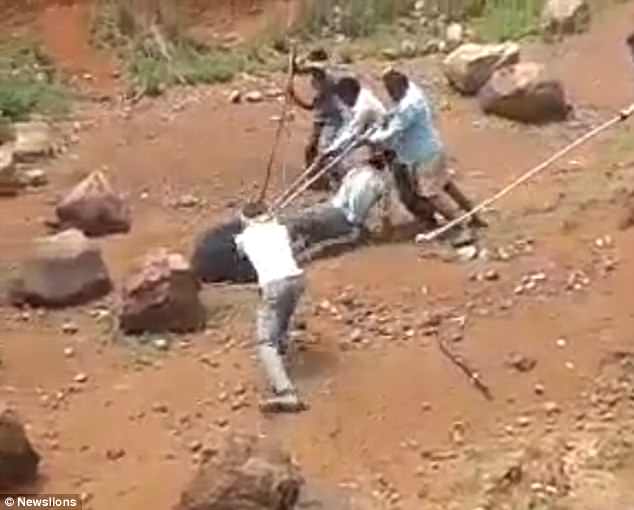 The man was pulled to safety and escaped with minor injuries.

It is not known if the men came with the intention to kill the animal in the first place.

In the footage they appear to have their weapons at the ready from the beginning. 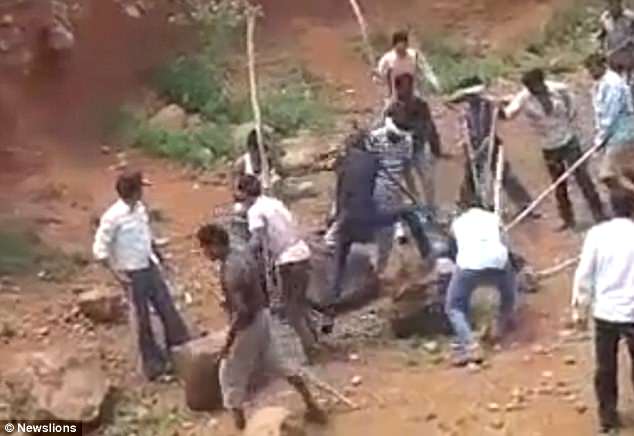 They hit it with sticks, stab it with spears and one man grabs a boulder and launches it on the injured animal

It is not clear exactly what species the bear belongs to from the footage, though of India’s three indigenous bears – the Himalayan Black Bear, the brown bear and the sloth bear – only sloth bears are known to inhabit the area.

Last week a taxi driver was killed by a bear under similar circumstances.

Prabhu Bhatara was driving guests home from a wedding last Wednesday when he spotted the bear by the roadside. 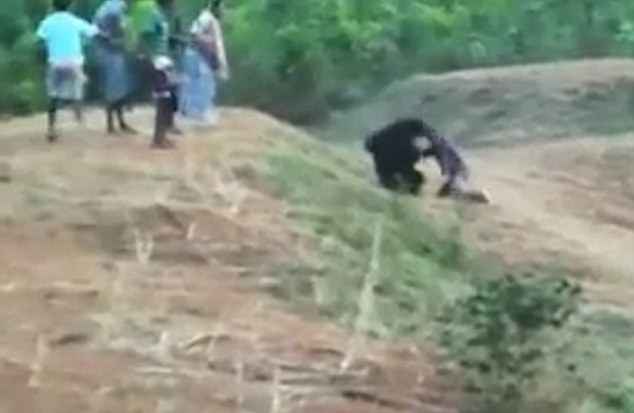 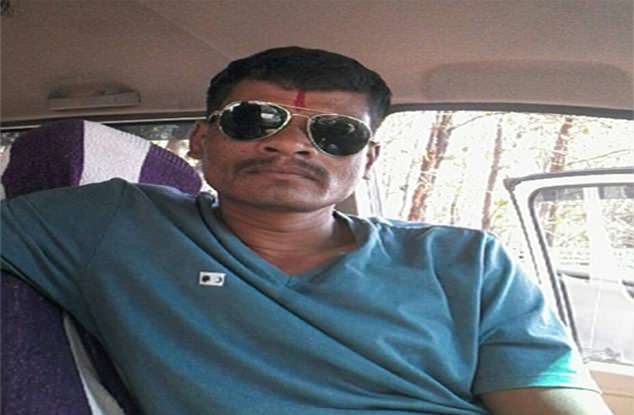 With his passengers waiting in the back of the car, Bhatara went to try and take a picture with the animal, which was wounded.

Video taken by shocked onlookers shows one person trying to save Mr Bhatara from the animal, but to no avail.

They could be seen inching down a slope to where the animal is sitting with Mr Bhatara at its feet and trying to hit it with a stick.

There have been four other bear attacks in the state this year. 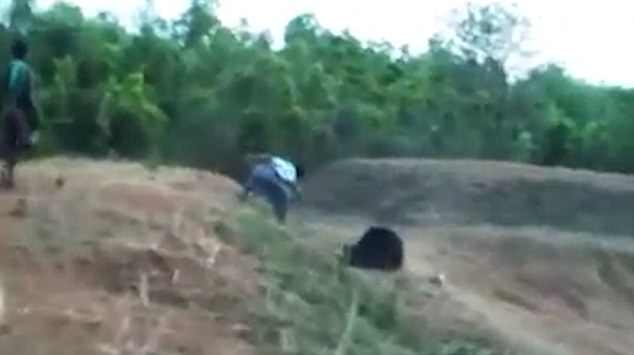 Shocked onlookers attempted to scare the bear away by hitting it and throwing objects at it, but that only seemed to enrage it 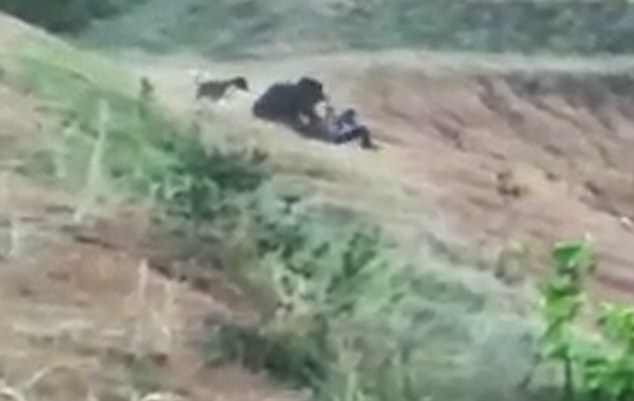