Refugee shone a light on plight of hundreds of asylum seekers held in an Australian-run offshore island detention camp. 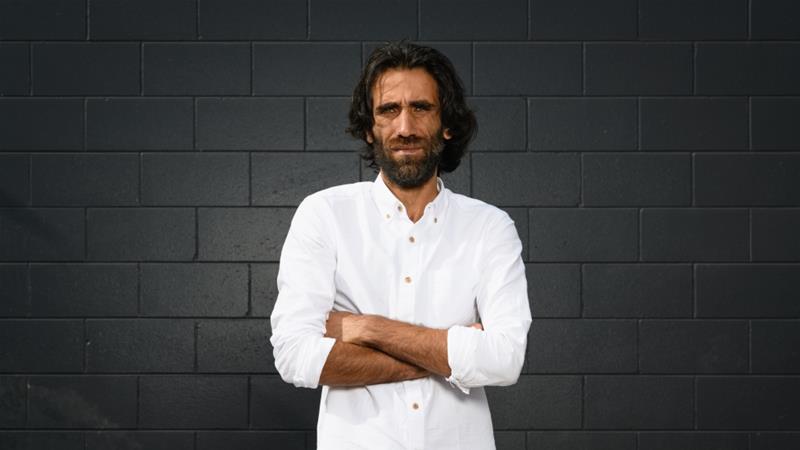 Behrouz Boochani, a Kurdish-Iranian refugee who wrote an award-winning book on his mobile phone while held in one of Australia’s notorious Pacific detention camps, has been granted asylum in New Zealand.

The 37-year-old has been in New Zealand since November when he applied for refugee status after attending a literary festival to speak about his six years in limbo under Australia’s hardline immigration policies.

Immigration New Zealand said Boochani’s application had been successful, which means he has the right to stay in the country indefinitely.

“Mr Boochani has been recognised as a refugee under the 1951 Convention Relating to the Status of Refugees and its 1967 Protocol,” it said in a brief statement, refusing to release further details on privacy grounds.

Asylum seekers intercepted at sea by Australian authorities are sent to Papua New Guinea’s Manus Island, where Boochani was, or the South Pacific island of Nauru. They are permanently barred from settling in Australia, with many languishing on the islands for years.

Boochani said while it was a huge step forward to have certainty about his future, the development had left him with mixed feelings.

“I feel relieved, it’s the end of very long story, my personal story,” Boochani said. “But on the other side, the whole story still remains, and I’m only part of whole story. This policy of Australia still keeps people in indefinite detention.”

While the numbers of asylum-seekers being held in offshore detention camps by Australia has been significantly reduced over the years, Boochani said there are still hundreds being kept in limbo on Nauru and Papua New Guinea, as well as within Australia.

Boochani first travelled to New Zealand from Papua New Guinea in November on a temporary one-month visa to speak at a literary festival about his book, which details the time he spent on Manus Island.

After his visa expired, he stayed on in the city of Christchurch, choosing to keep a relatively low profile as his case became politicised in New Zealand.

“I don’t want to be a politician. I didn’t want to create a challenge in this country,” Boochani said. “I have a simple life, and have been doing work overseas.”

Boochani confirmed he had previously been recognised as a refugee by the United States, although he said the process had never been finalised. Under President Donald Trump, the US has been reluctant to accept refugees from certain countries, including Iran.

After Boochani, an ethnic Kurd, fled from Iran he eventually made his way by boat to Australia’s Christmas Island in 2013 and was later held on Manus Island.

Using a smuggled phone and posting to social media, Boochani shone a light on the plight of hundreds of asylum seekers. He detailed the unsanitary conditions, hunger strikes and violence, as well as deaths caused by medical neglect and suicide.

He said he felt a responsibility to film and write, to challenge the system and expose what was going on.

He eventually used his phone to write his book, sending snippets in Farsi to a translator over the messaging app WhatsApp.

Named No Friend But the Mountains, the book won a prestigious Australian award, the Victorian Prize for Literature.

Boochani could not collect his award or the prize money of 125,000 Australian dollars ($89,000) in person because he was still confined to Manus. He was later moved to the capital, Port Moresby.

In New Zealand, Boochani will work as a senior adjunct research fellow at the University of Canterbury, the institution announced.

Boochani said he has been working with Indigenous Maori from the Ngai Tahu tribe. One thorny issue could be whether Boochani is ever allowed to visit Australia.