LA PAZ (Reuters) – Bolivia’s interim President said on Thursday that leftist leader Evo Morales who resigned and fled to Mexico amid rising pressure over vote-rigging allegations, could not run in new elections but looked to mend bridges with his powerful socialist party.

Jeanine Anez, 52, who took over on Tuesday, is battling to bring calm to a sharply divided Bolivia that has been rocked by protests since the Oct. 20 election, which was won by Morales but marred by widespread allegations of fraud.

Veteran leftist Morales resigned on Sunday after an audit found electoral irregularities and the military withdrew its backing and urged him to step down as president to help restore calm.

Morales and his vice president Alvaro Garcia, who also resigned, have been offered asylum by Mexico.

“Evo Morales does not qualify to run for a fourth term,” conservative former senator Anez told a news conference on Thursday.

Anez said that because Morales, in power since 2006, had defied term limits, “we’ve had all this convulsion, and because of this that so many Bolivians have been demonstrating in the streets.”

Morales, despite a 2016 referendum against lifting term limits, stood again after a court packed with loyalists gave him a green light to run indefinitely, citing his “human rights.”

Morales’ Movement for Socialism (MAS) party, which has a majority in Congress, was welcome to participate in the vote, Anez said.

“They should start searching for a candidate,” she said.

Jerjes Justiniano, one of Anez’s newly appointed ministers, told reporters on Thursday that the interim government was pursuing talks with MAS to help quell recent unrest.

“We are at the dialogue table, we are talking,” he said in comments aired on local channel Unitel, adding that MAS had sought assurance that Morales would be able to come back freely to Bolivia, which he said would not be an issue.

“There’s no problem with that, it’s just one citizen more.” 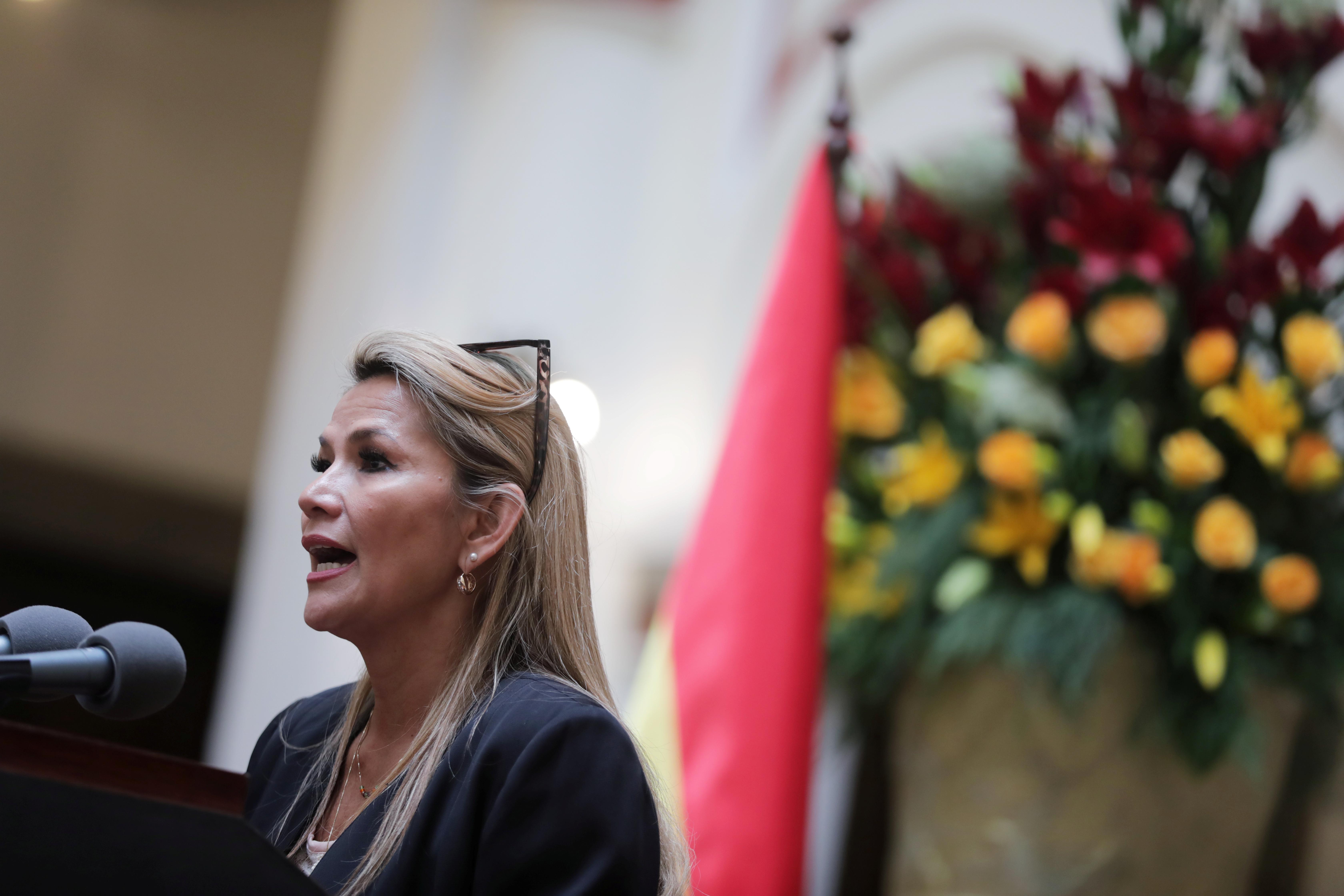 Anez did not give a specific date for the election, but under the constitution she has 90 days to do so since declaring herself interim leader by invoking the constitutional line of succession earlier this week.

Morales has said he was the victim of a coup, with his supporters continuing to agitate on his behalf with marches and skirmishes in the streets of La Paz and nearby El Alto. On Thursday thousands of Morales supporters marched carrying colorful flags and banners in La Paz.

A MAS legislator, who asked not to be identified, said the party wanted to reach a deal with its opponents to formally appoint a transitional government and were not planning to challenge Anez in her transitional role.

Meanwhile, Anez is shoring up her position. She has appointed a new military chief and cabinet members, while MAS lawmakers seemed to have backed away from plans to try to nullify her interim appointment.

Russia, an ally for Bolivia under Morales, said it would work with Anez, while pointing out she had not been formally sworn in.

“But clearly, she will be recognized as Bolivia’s new leader until the question of a new president is resolved with elections,” Russian Deputy Foreign Minister Sergei Ryabkov said.

President Vladimir Putin, speaking in Brasilia, said Bolivia was on the brink of chaos and that he hoped whoever came to power would continue to cooperate with Moscow. 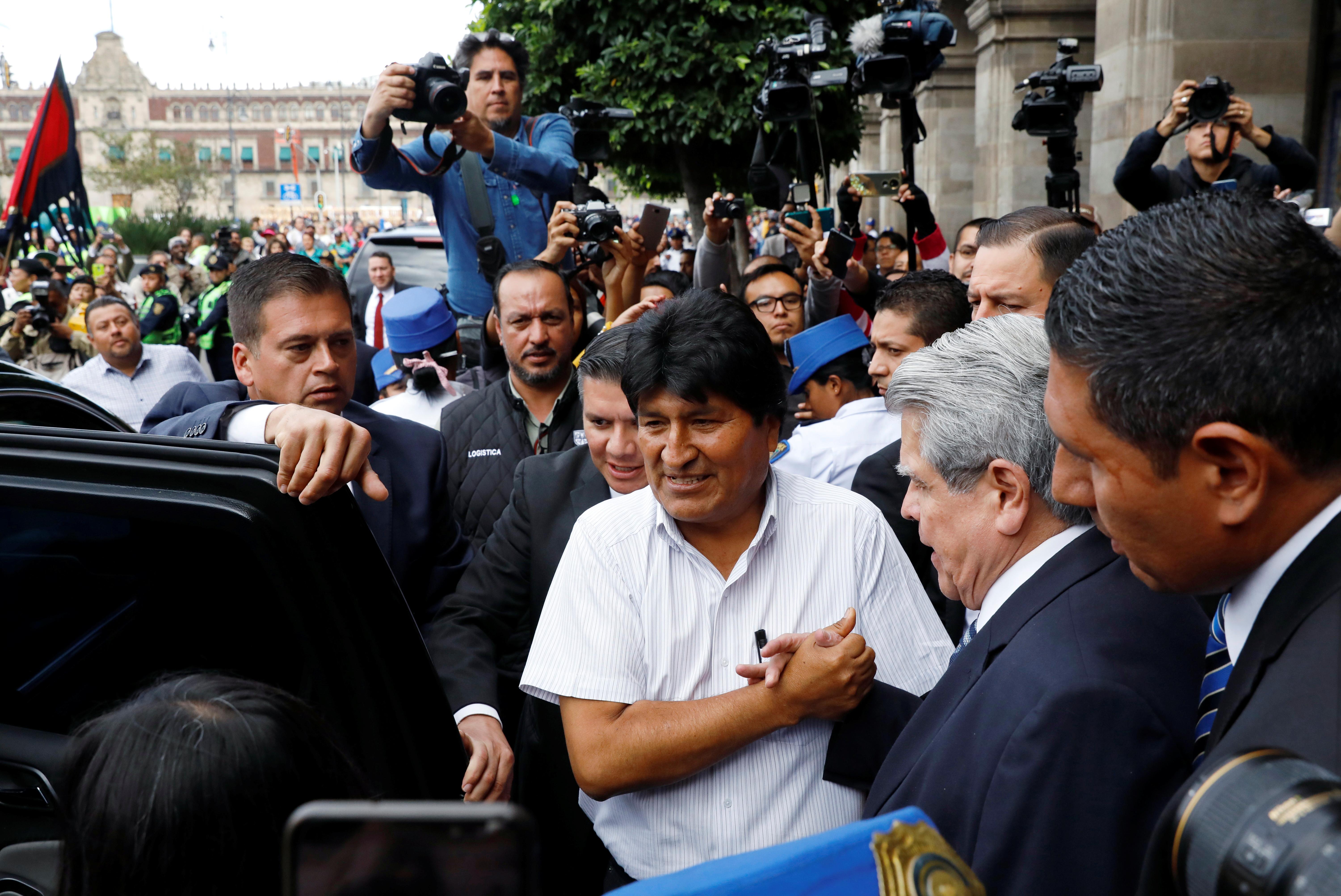 The United States, Brazil, Colombia, Britain and Germany have also recognized Anez. Other governments in South America, including neighboring Peru and Argentina, have so far held off.

In protests since the October vote, at least 10 people have been killed, the public prosecutor’s office said, mostly by projectiles from firearms.

Morales, tweeting from Mexico, has called for dialogue to help “pacify” Bolivia, asking the United Nations and the Roman Catholic Church to help find a solution.

The United Nations said in a statement it was “deeply concerned” about the situation in Bolivia and would send an envoy on Thursday.