He also came face-to-face with a spider monkey and fed a manatee – also called a sea cow – at an Amazon animal rescue centre set up as part of a crackdown on the illegal wildlife trade. 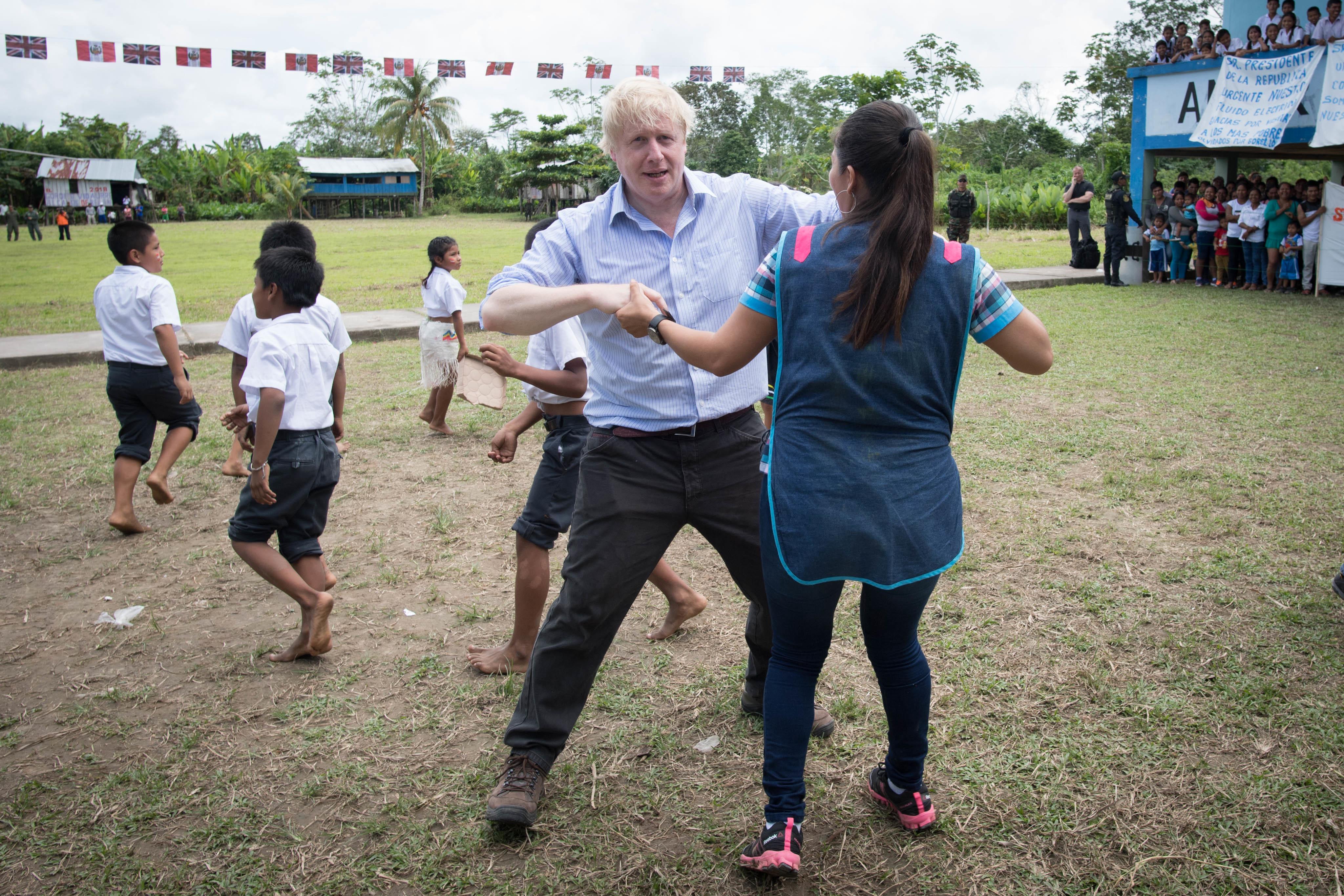 He was taken on a tour around the Peruvian Amazon by the country’s President – Martin Vizcarra.

The Foreign Secretary launched a new solar-panel project at the Santa Marta school near to the Peruvian port city of Iquitos.

The scheme – paid for by British foreign aid money – will provide electricity and portable water for the school.

Afterwards Mr Johnson chatted with pupils about their favourite subjects, the up-coming World Cup and their favourite food – and was then dragged out for a dance in front of about 200 people. 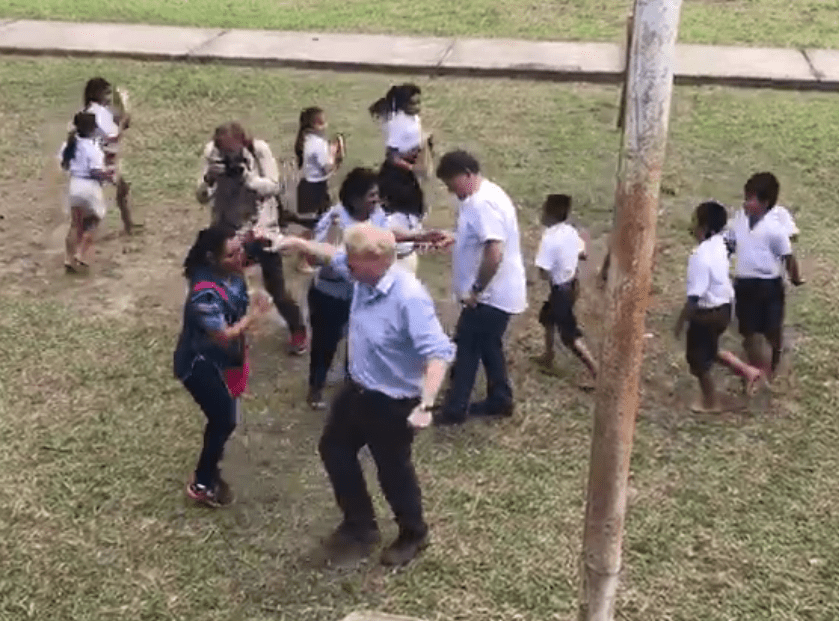 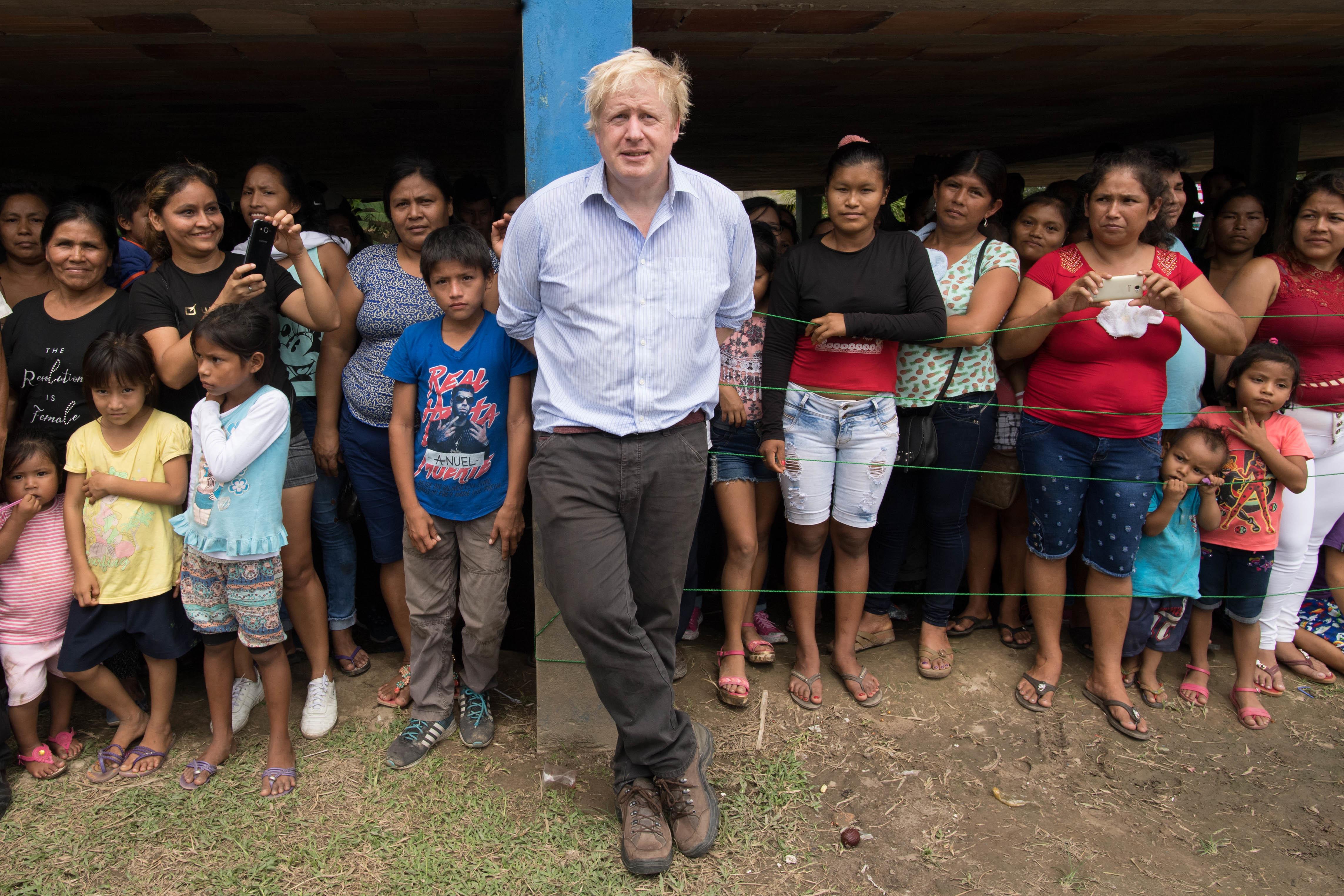 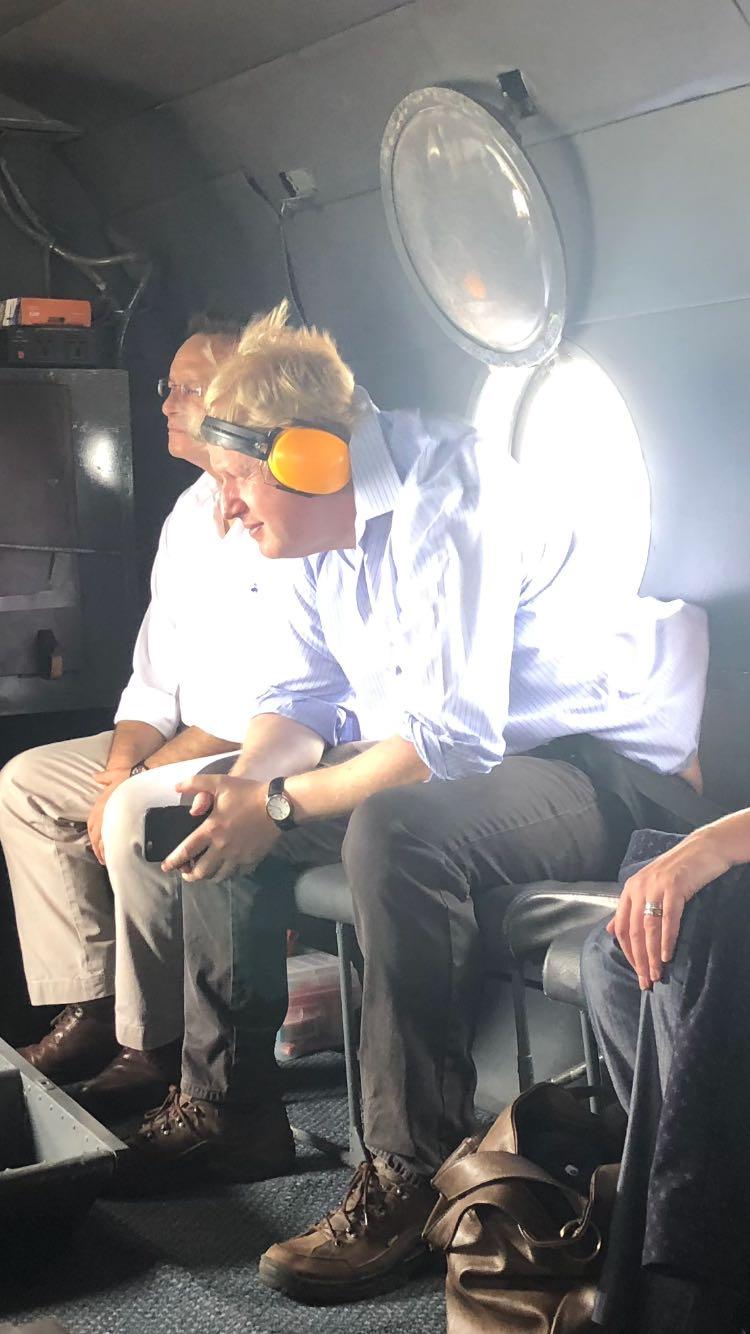 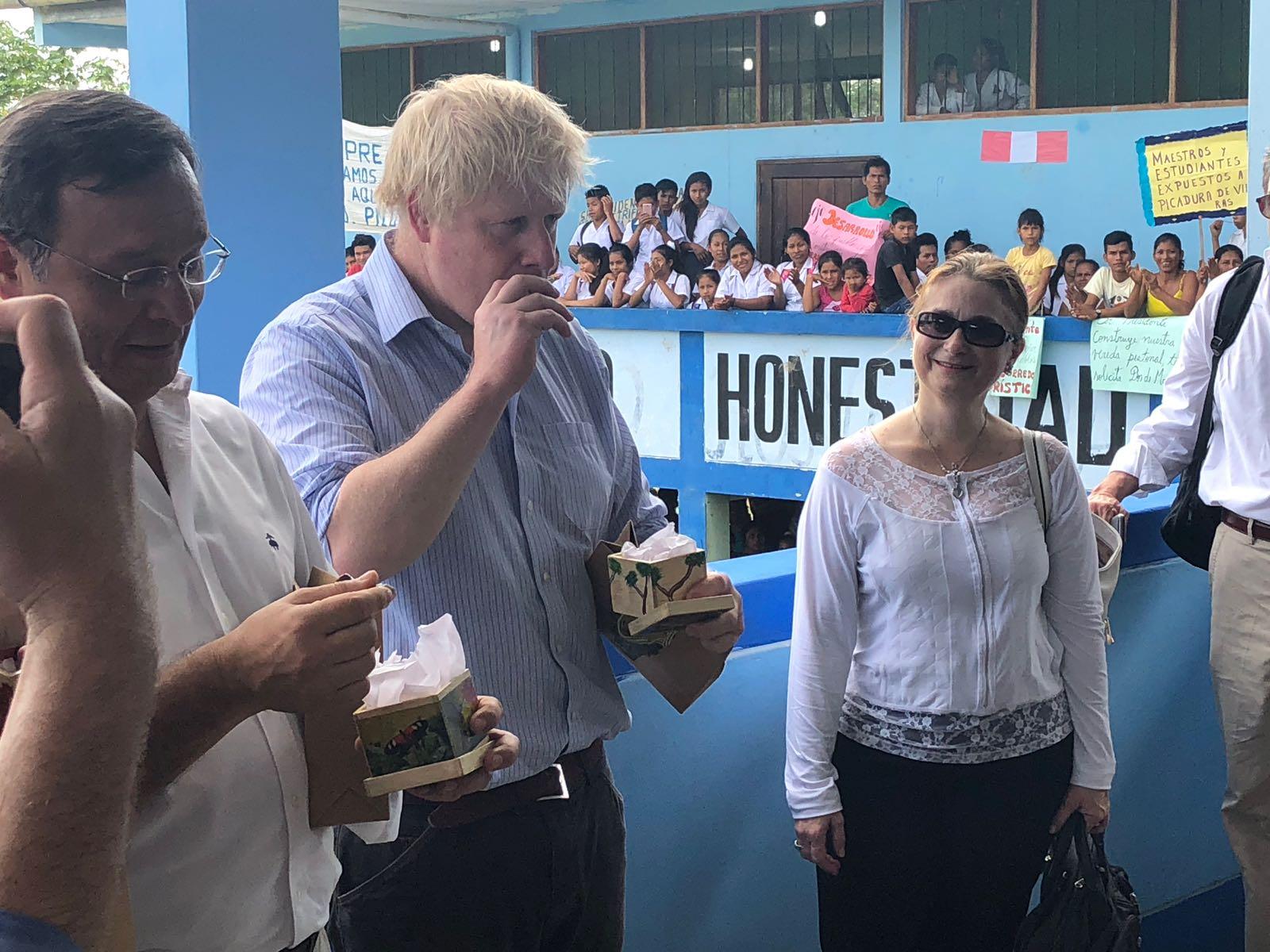 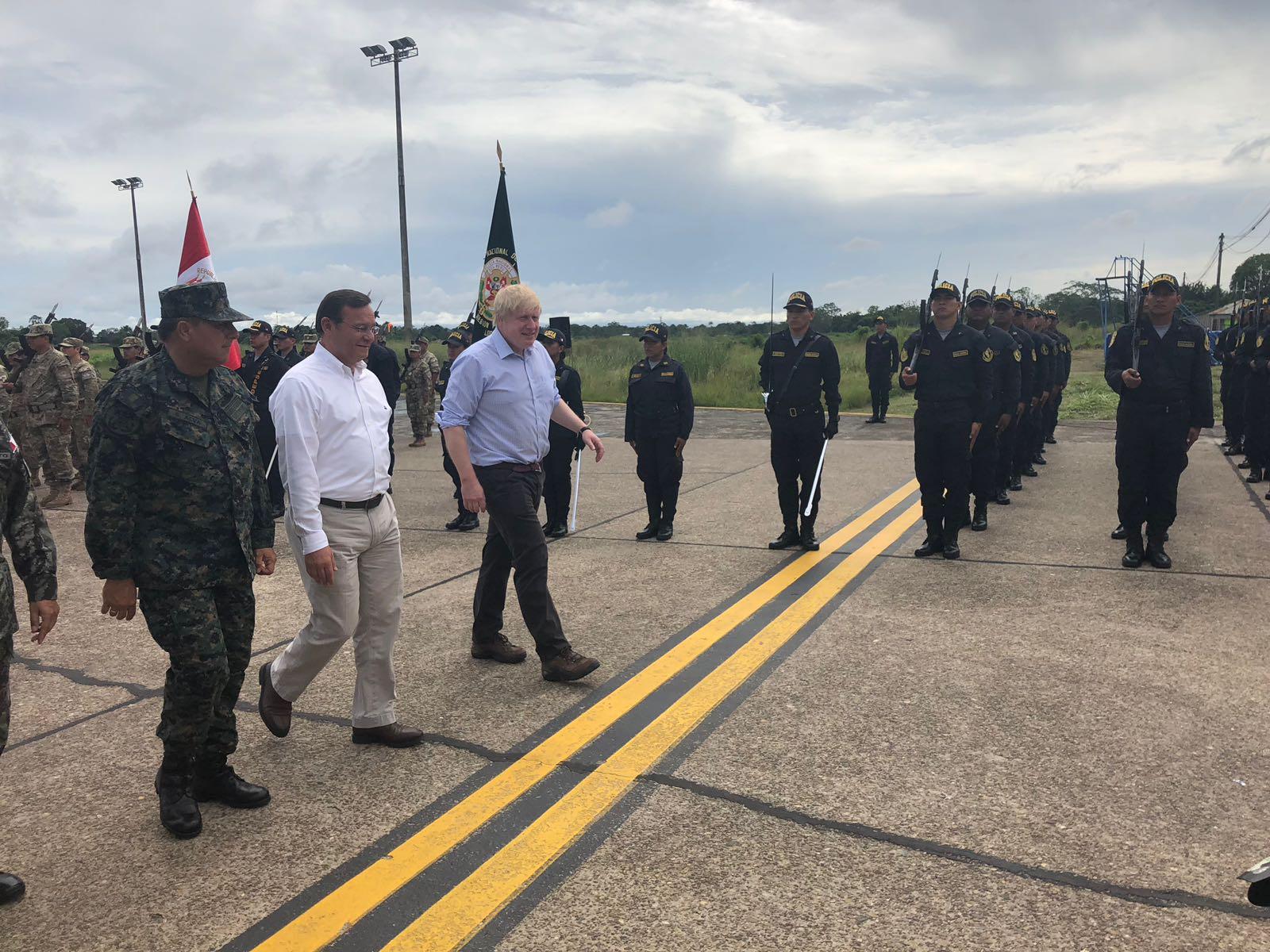 The Foreign Secretary – leader of the Brexit campaign – also held trade talks with Peru’s President in the jungle town of Iquitos.

Mr Johnson said he had received a “very positive” message from the President about rolling-over the current trade deal Britain enjoys with Peru as part of the EU. 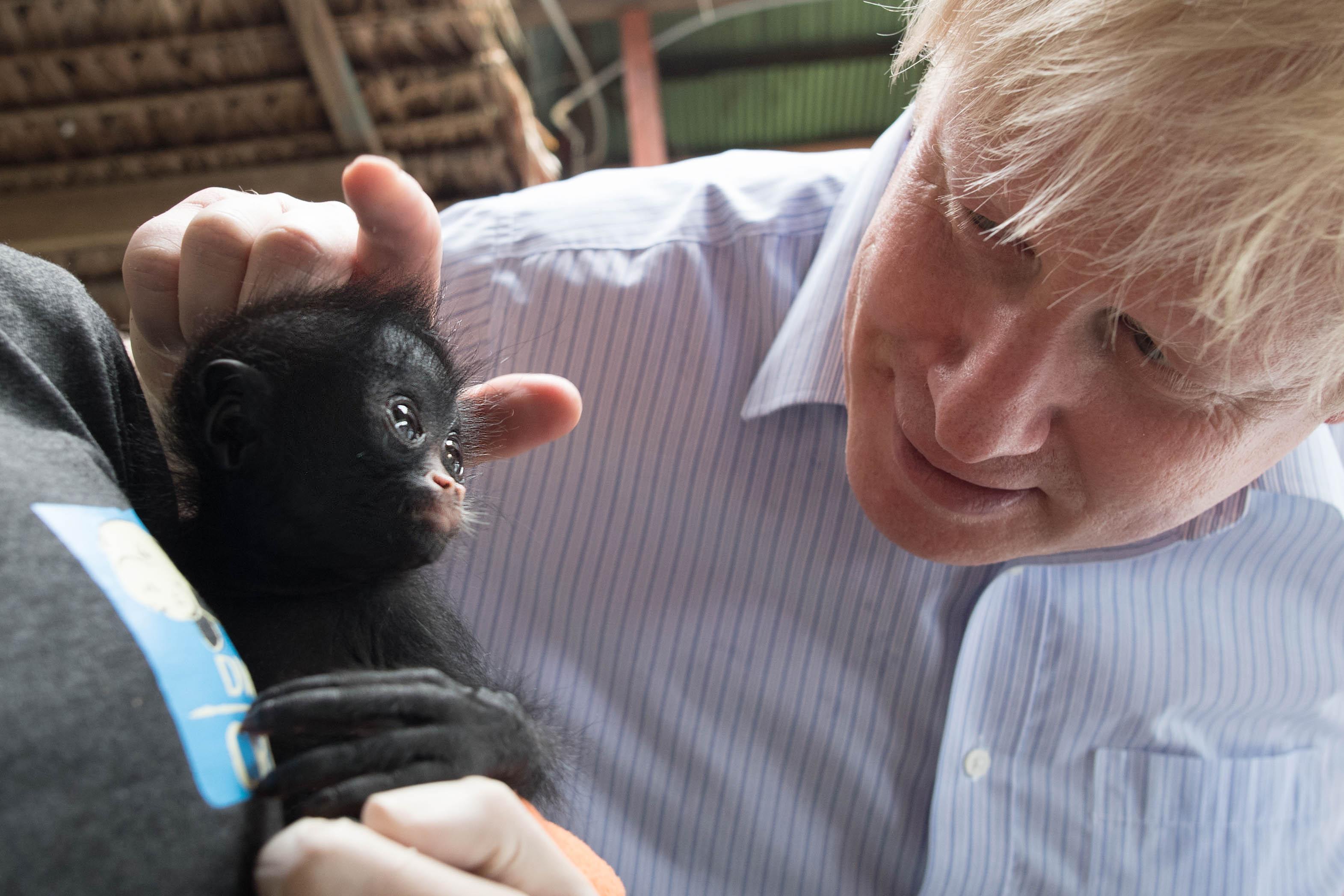 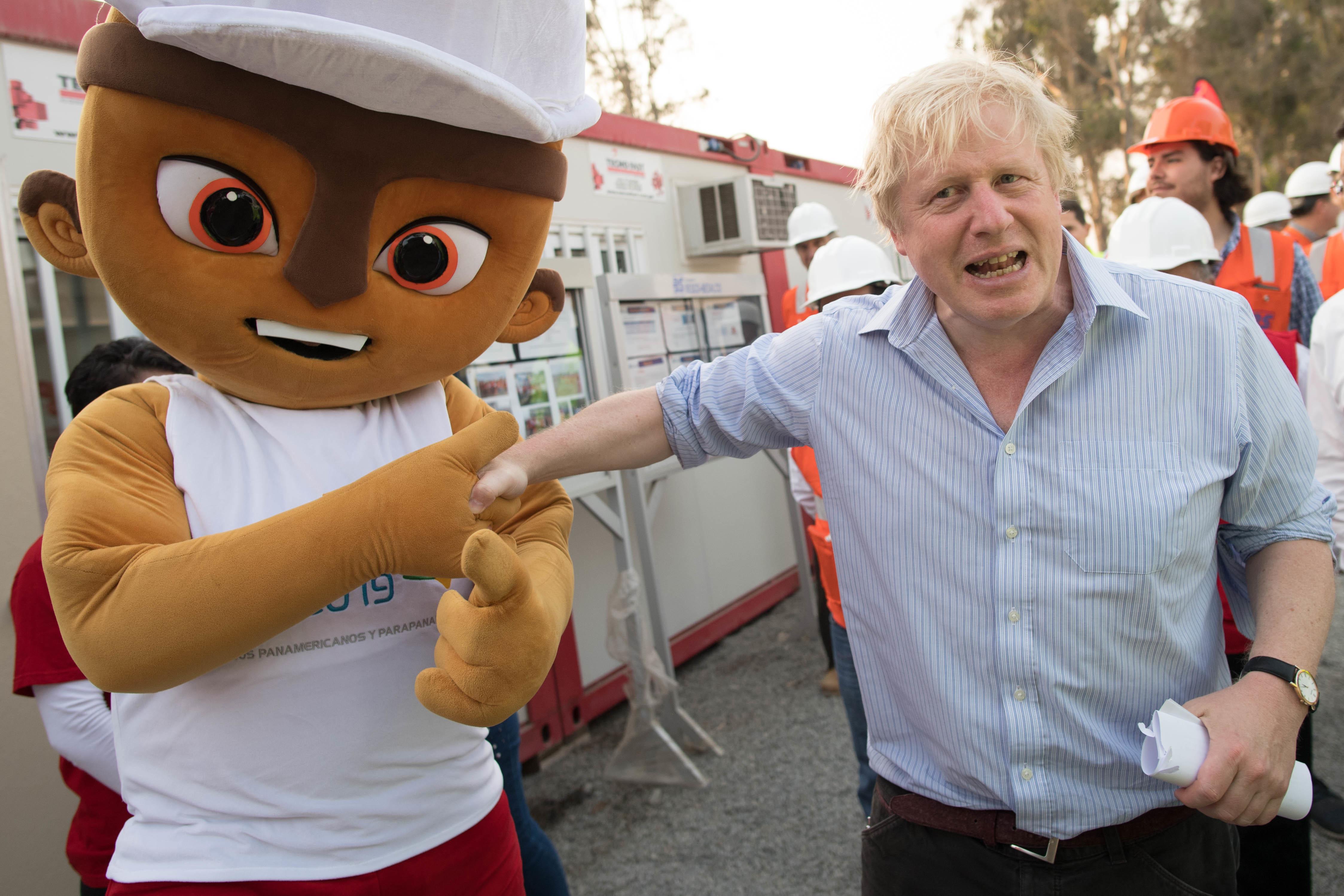 Today the Foreign Secretary travels on to Buenos Aires and later this week to Chile, which has more free trade agreements than any other country in the world.

British goods currently make up just 1 per cent of South America’s imports so the UK Government views the continent as a huge area of opportunity to exploit after we leave the EU.

Mr Johnson said he was keen to exploit the “huge opportunities” available to Britain from the “vibrant and dynamic” continent.