Home » World News » Boy, five, has leg broken after ‘drunk man fell on him in Poundland’

Boy, five, has leg broken after ‘drunk man fell on him in Poundland’

A five-year-old boy tumbled down a flight of stairs and broke his leg in a busy shop when a ‘drunk man fell on him’.

He suffered a broken leg in three places and is believed to have suffered nerve damage.

The boy, Miller, was with his mother, Emma Owen, in a Poundland shop in Brentwood High Street, Essex, when the man ‘fell down the stairs on top of him’ on Friday.

He was taken to Basildon Hospital and stayed there overnight to undergo surgery on his broken leg. 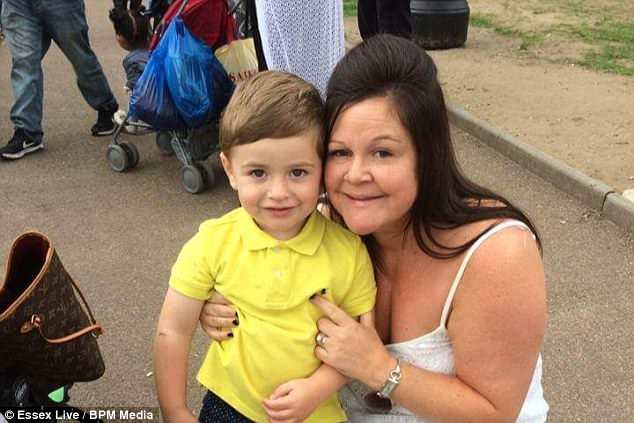 Miller was with his mother, Emma Owen, in a Poundland shop in Brentwood High Street, Essex, when the man ‘fell down the stairs on top of him’ on Friday

Miller also suffered a busted lip and head trauma and his mother is worried that he might have to have a metal plate in his leg with pins.

Emma took to social media to ask for advice as she never got the full details of the man who she claims fell on top of her son.

She said: ‘It all happened so quick the police were not called. I want to hold this man responsible.’

The family were due to fly to Turkey at the end of May but now she said they cannot go on their summer holiday due to her son’s medical concerns.

Emma is now asking social media to help track down the man involved and has said she will be asking the shop for their CCTV so she can take it further.

Two women have also come together to set up a fundraiser for the five-year-old.

Kel Elliot, 35, said: ‘I saw the post and as a mother-of-four, I felt very sad for the boy and family.

‘He must be so sad and just wanted to cheer him up. 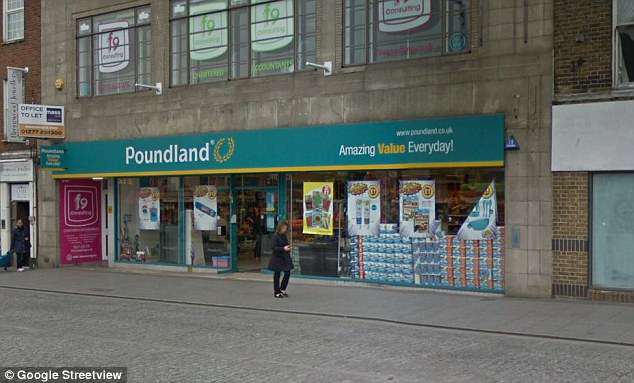 Following the incident at Poundland in Brentwood, the five-year-old was taken to Basildon Hospital and stayed there overnight to undergo surgery on his broken leg

‘We have done on raising money so far and we also doing a small hamper for Miller to try and keep his spirit up while recovering from such a sad accident.

‘But it proves when thinks like this happen we do all help out. We have managed to get some toys together.’

The fundraisers plan to buy a hamper and box of goodies for the little boy.

Kel said: ‘Also to keep his mind off the pain, hopefully we can raise enough money towards another holiday as they had to lose out on this one.’