Bradley Lowery’s mother shows support for England on his anniversary

Bradley Lowery’s mother has shared a touching tribute to him on the anniversary of his death saying the football mad youngster will be ‘with our boys in Russia’ today.

Little Bradley died aged just six after being diagnosed with a rare form of childhood cancer at 18 months old.

The Sunderland fan was ‘best mates’ with his sporting hero Jermaine Defoe and regularly pictured with his favourite team.

Today his mother Gemma said it is ‘so fitting that England are playing today’ as she shared a picture of her son with manager Gareth Southgate, who is hoping to lead his team to victory against Sweden in Samara. 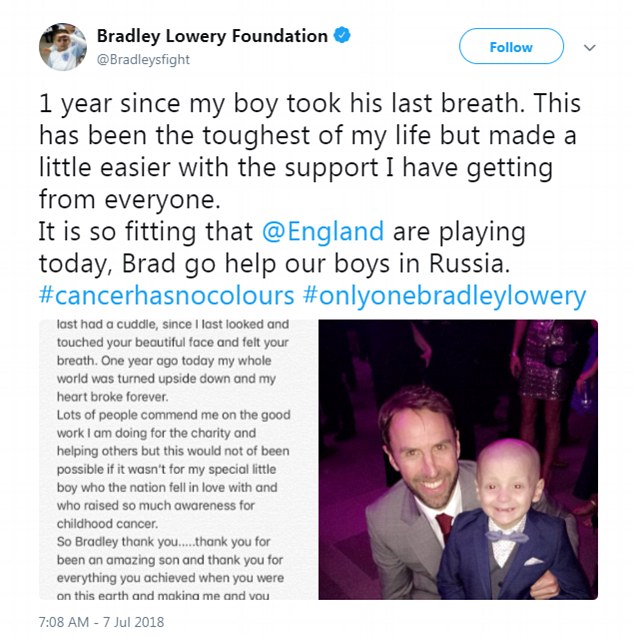 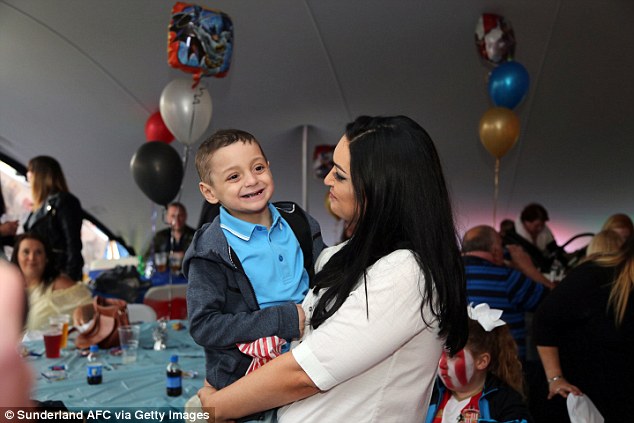 Ms Lowery, from Blackhall, County Durham, posted on Twitter today: ‘I can’t believe it has been one year since I last had a cuddle, since I last looked and touched your beautiful face and felt your breath.

‘One year ago today my whole world was turned upside down and my heart broke forever.

‘Now my little angel make sure you are with our boys in Russia and help them win.’

The England squad replied on Twitter: ‘We’ll always remember having Bradley lead us out against Lithuania.

‘That was an big win on our journey to the #WorldCup, and he was definitely our inspiration that day. 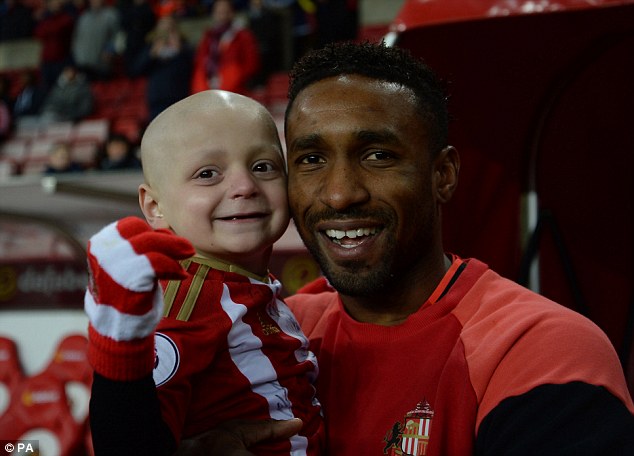 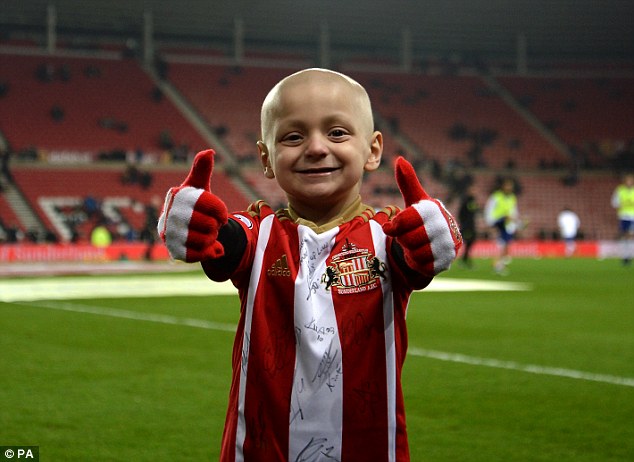 ‘We’ll have Bradley in our thoughts today, and we hope that the #ThreeLions give you a result to be proud of.’

Bradley, who died from neuroblastoma, was a mascot for England at Wembley when his friend Jermain Defoe scored in a World Cup Qualifier against Lithuania in his comeback game.

The Bradley Lowery Foundation post added: ‘One year since my boy took his last breath.

‘This has been the toughest of my life but made a little easier with the support I have getting from everyone.

‘It is so fitting that England are playing today. Brad go help our boys in Russia.’

Bradley’s family has launched a Cancer Has No Colours campaign to remember him. 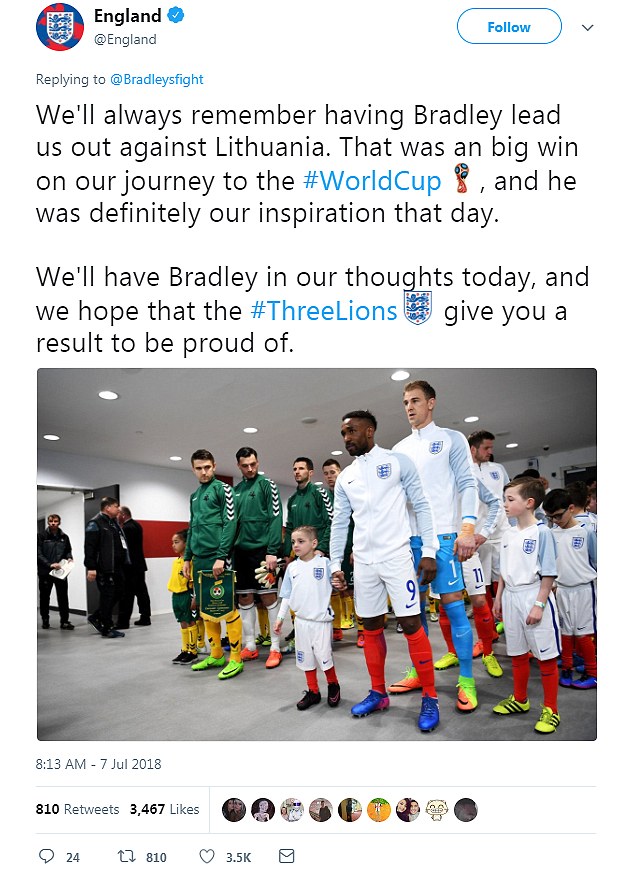