A brawl broke out among customers at French luxury brand Balenciaga in Printemps in Paris after several shoppers reportedly jumped the line in front of a Chinese woman.

The fight broke out on Thursday at the department store’s Haussmann branch after the woman allegedly objected to the queue-jumping and her son came to her defence.

A video of the fight released by Chinese Weekly shows a Chinese man being held in headlock by security personnel and dragged away from the fight. 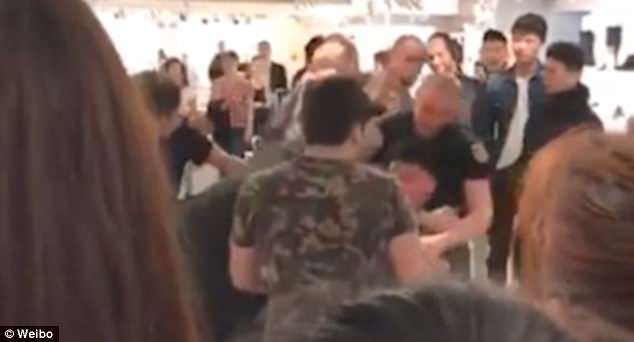 Outrage ensued online after the video went viral, with many Chinese web users commenting on Balenciaga’s Weibo and Instagram account accusing the brand of discriminating against Chinese.

Many online believed that the security staff only handled the Chinese man and was not aggressive towards the other customers involved in the altercation.

Both Balenciaga and Printemps have each issued statements on Weibo to apologise for the incident.

The information on the other customers in the brawl remains unclear.

The topic ‘Boycott Balenciaga for discriminating against Chinese people’ was trending on Weibo on Friday, gathering more than 29 million page views.

The scuffle occurred during the launch of the brand’s Triple S collection sneakers, which costs around £615 for a pair.

Due to its ultra bulky design, the trainers have been dubbed the ‘Old Dad Shoe’. 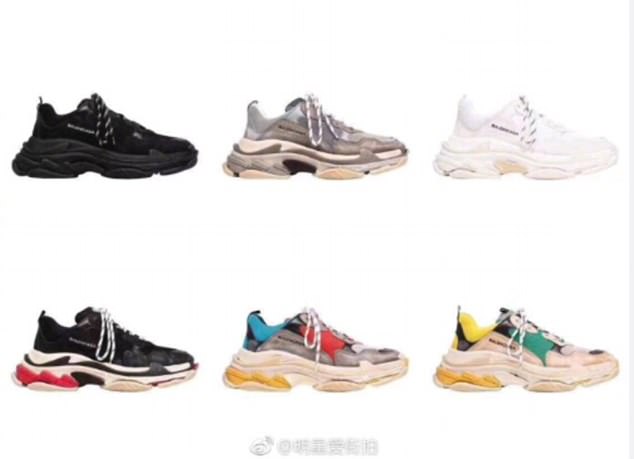 The Triple S collection sold at Balenciaga. A pair of these trainers could set you back £615 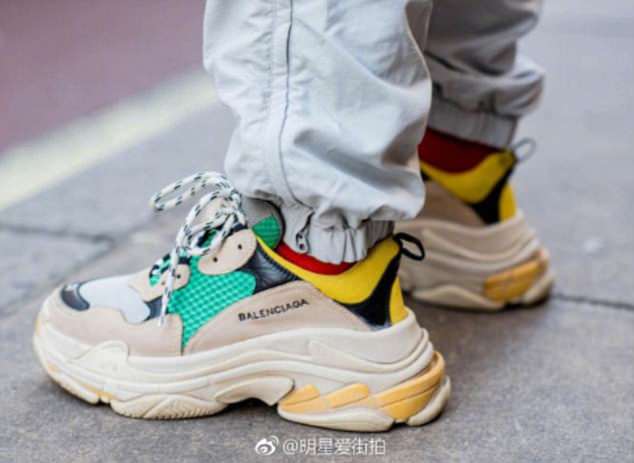 The men’s line of the Triple S collection sold at Balenciaga. A fight broke out during the shoe’s launch at department store Printemps’s Haussmann branch in Paris

Balenciaga has apologised for the incident in a statement in English and Chinese on its official Weibo account on Thursday, saying that ‘the security staff acted immediately to restore the calm’.

‘The house of Balenciaga regrets the incident that took place yesterday morning at a department store in Paris while customers were waiting to enter its corner shop.’

‘Balenciaga sincerely apologizes to the customers who were present and reaffirms its strong commitment to respect equally all its customers,’ it added. 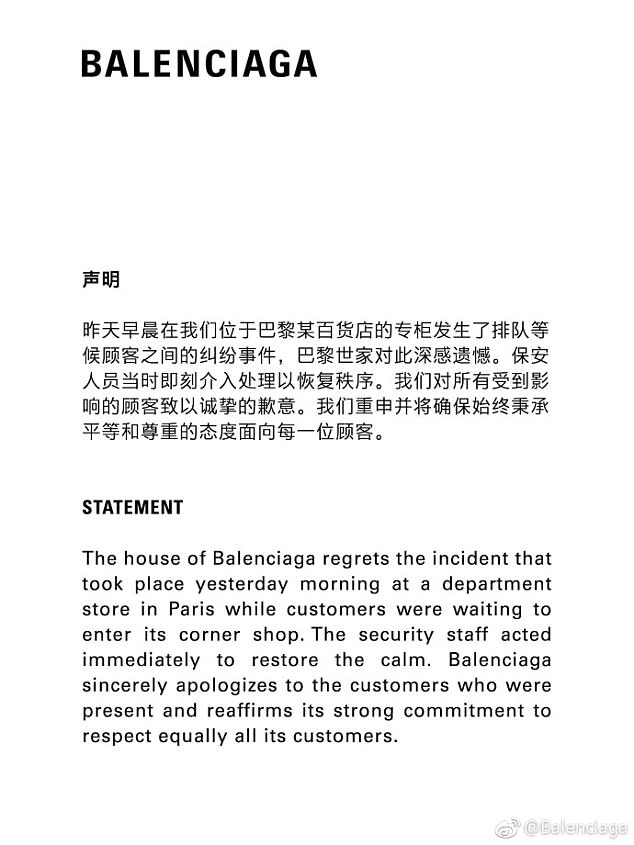 French luxury brand Balenciaga has issued an apology on its official Weibo account after the altercation, saying that the security staff ‘acted immediately to restore the calm’

‘What kind of apology is that? It is not sincere at all,’ one commented.

‘You can say goodbye to the Chinese market now,’ one said.

‘I couldn’t afford the expensive shoes Balenciaga in the first place – now I have one more reason not to buy them,’ another said.

However, many also demanded the department store to release the security footage of the entire altercation. 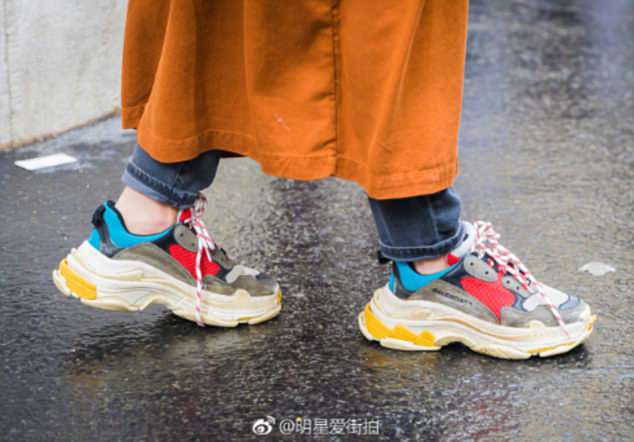 Printemps also issued a similar statement to its Chinese customers.

‘We would like to extend our sincerest apologies to the Chinese customers involved in this altercation as well as to all those who were upset or inconvenienced in any way,’ the department store said.

‘We deeply regret the altercation that occurred yesterday in Printemps, which is in strict contradiction with the experience we are committed to offer to our customers.’ 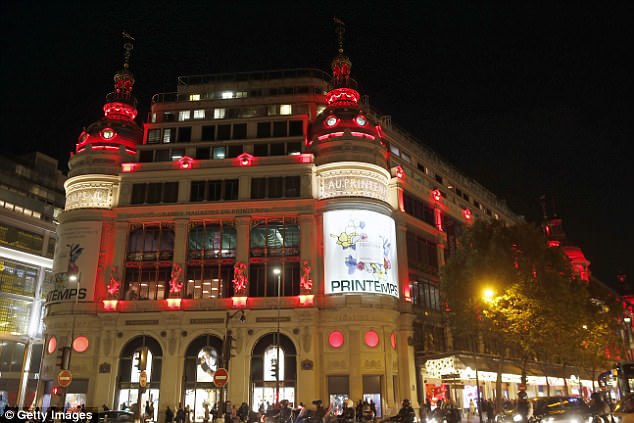 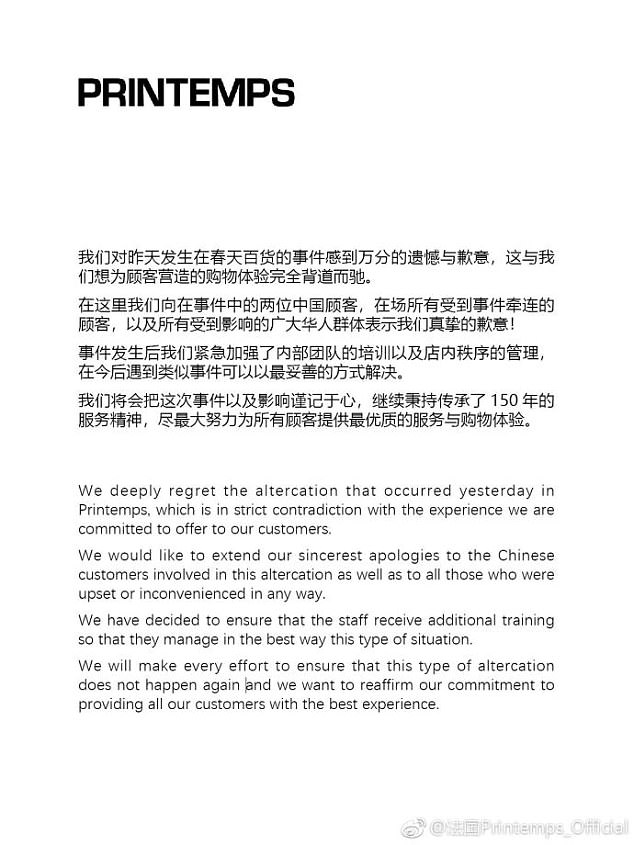 It added that staff will receive additional training so that they would be able to manage future similar situations ‘in the best way’.

MailOnline has reached out to Balenciaga and Printemps for comment.