The suspect was held by local cops after he was accused of knifing Roberto Alejandro Dominguez, 37, during a row. 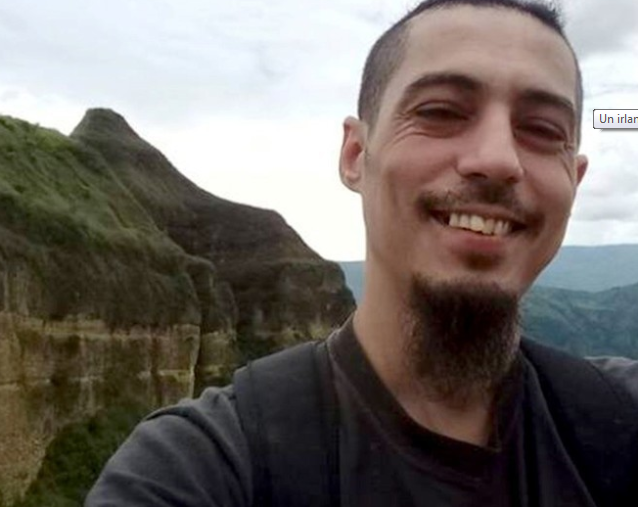 The fatal stabbing reportedly happened on Sunday at a guest house in Vilcabamba in the south of the country.

The alleged killer, believed to be from Northern Ireland and travelling on a British passport, was remanded in custody on Monday for 30 days pending an ongoing criminal probe.

The victim had been in Ecuador for around four years and earned his living as an artist and mural painter.

His sister Elizabeth told a local paper: “My brother was killed by a British man on Sunday.

“He was a painter, drawer and tattoo artist. He left Argentina to look for work. He had spent some time recently in Peru and returned afterwards to Ecuador.”

Calls to the office of the public prosecutor, named in Argentinian media as Vinicio Vivanco Aguilar, also went unanswered.

Vilcabamba is a large village in the southern region of Ecuador about 28 miles from the city of Loja.

It is a common destination for tourists, in part because it is widely believed its inhabitants grow to a very old age. The area it is in is often called the Valley of Longevity.

Locals say it is not uncommon to see people reach 100 and it is claimed many have reached the age of 120.

For the latest news on this story keep checking back at Sun Online.
Thesun.co.uk is your go to destination for the best celebrity news, football news, real-life stories, jaw-dropping pictures and must-see video.
Download our fantastic, new and improved free App for the best ever Sun Online experience. For iPhone click here, for Android click here.
Like us on Facebook at www.facebook.com/thesun and follow us from our main Twitter account at @TheSun.