Home » World News » Builder, 49, built a secret pub in his garden disguised as a SHED

Builder, 49, built a secret pub in his garden disguised as a SHED

Father, 49, who built a £6,000 secret pub in his garden disguised as a SHED is ordered to tear it down after housing authority inspectors claimed he was illegally selling alcohol

A dad has been ordered to pull down a £6,000 shed in his back garden, which he lovingly decked out as a pub, after Housing Association and Council officials told him it breached their rules.

Builder Carl Roberts, 49, put up the 10ft by 9ft wooden structure in his back garden in Kidderminster two years ago, and installed a pub sign, bar stools, pool table and Sky Sports shown on TV.

He insists he has never sold alcohol from the premises, that the beer taps are fake, and the whole thing is a garden room to entertain family and friends.

But officials have told him it breaches their rules and ordered him to tear it down. A housing association inspector said it was ‘apparent’ it was not for personal use. 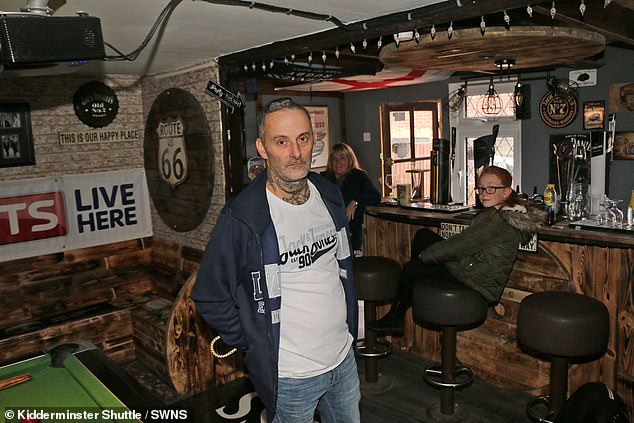 Carl Roberts, 49, put up the 10ft by 9ft pub in his back garden in Kidderminster two years ago 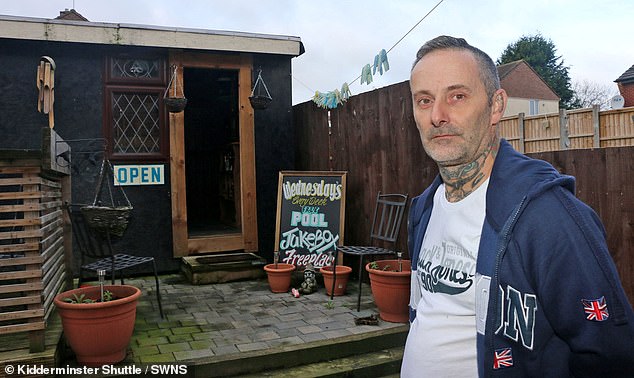 Mr Roberts now has 28 days to demolish his pride and joy or face legal further action.

The father of two insisted he had not broken any laws or rules, and that his wooden man cave – jokingly called ‘The Dick Inn’, was used to host family parties.

He said: ‘The only things the pub has been used for are kid’s parties and the occasional barbecue. I’ve never had any complaints and no one has ever had a problem with it before.

‘The beer taps are all fake. We’ve got a fridge where we keep cans of beer but I’ve never charged anyone for anything.

‘Bromford [Housing Association] came round after our neighbour had a fire in their shed and now I’m being told I need to take it down.’

He insisted the structure was safe and professionally built, adding: ‘I’m a builder by trade so I know how to build a decent shed. It’s not something I’ve just knocked up – it’s cost me about £6,000 to build. A lot of money has gone into it.’

It is not clear whether officials are claiming Mr Roberts has breached licensing laws, planning laws, or Housing Association guidelines for home alterations.

Initially Bromford Housing Association sent Mr Roberts a letter, stating: ‘Following our recent visit to your property to inspect the large building in the rear garden, it appears you have built a micro bar and it is apparent that this is not being used for personal use.’

But in a follow-up statement Jo Fieldhouse, head of locality for Bromford, said every Bromford tenant had signed a contract agreeing to obtain written permission when planning alterations to their home. 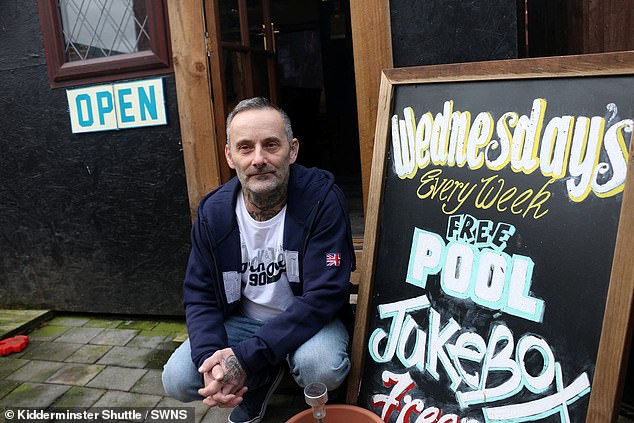 His housing association said it breached their rules for structures built without prior approval, and the county council said he could go to jail for six months if he was caught selling alcohol without a licence

She said: ‘Unfortunately the process wasn’t followed on this occasion and, when a surveyor assessed the structure, we found it not only conflicted with our own guidelines on what is acceptable, but it was also above the size allowable without planning permission from the local authority.’

She said customers had 28 days to remove structures with which inspectors had found ‘issues with the structure, or its construction, or use.’

Worcestershire County Council (WCC) sent Mr Roberts a letter to say: ‘Information has been provided to us that licensable activities, including the sale by retail of alcohol, are being carried on’ at the property.

The council warned ‘enforcement action’ would be taken is licensable activities continued – and even said Mr Roberts could face up to six months in prison for selling alcohol without a licence.

But today a spokesman for the council could not confirm to MailOnline whether WCC it had any evidence of illegal or unlicensed activity at the address.