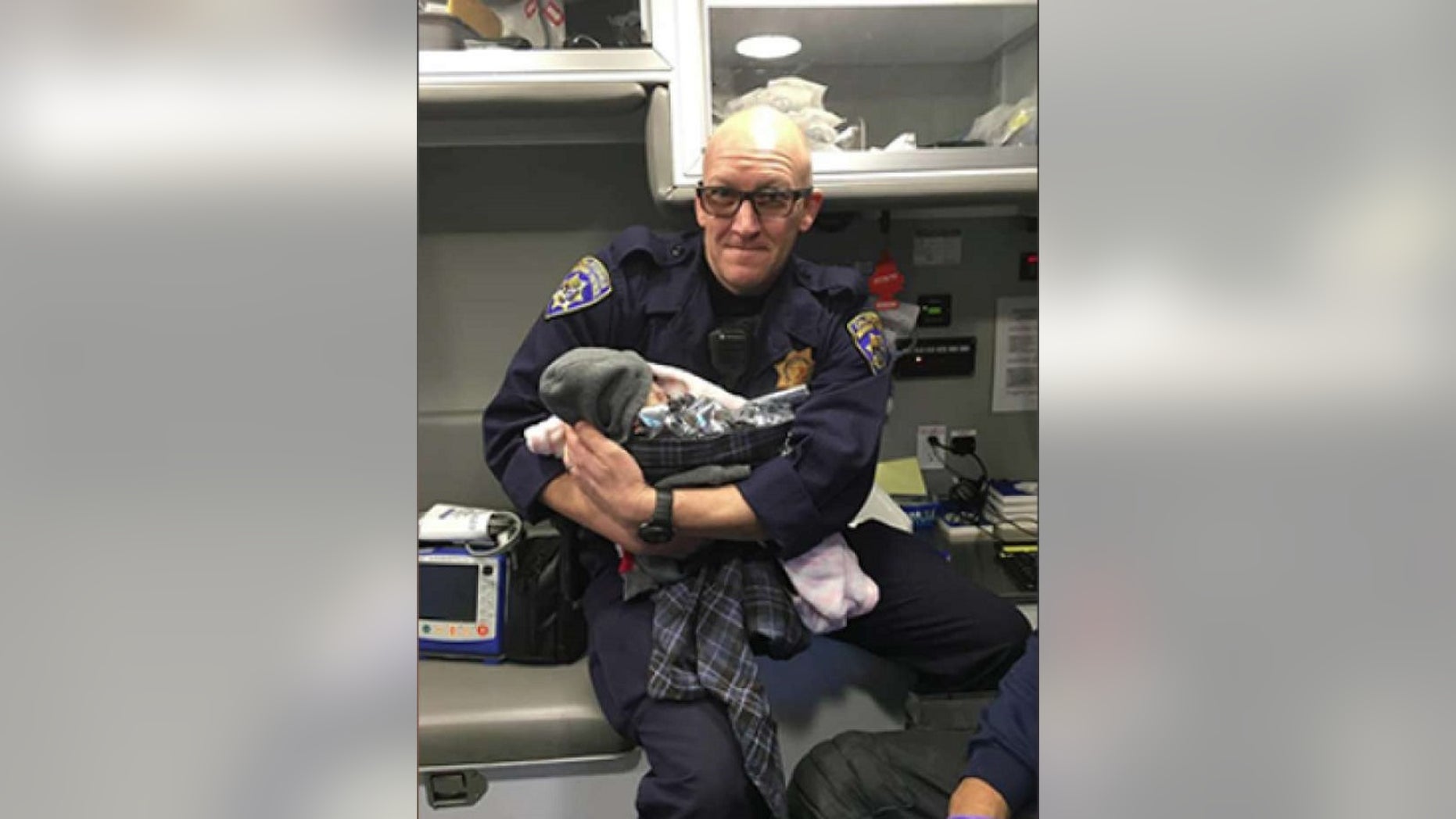 A mother and her newborn daughter were in "excellent health" and resting at a local hospital Tuesday, one day after a California Highway Patrol officer helped deliver the baby along the side of a busy highway.

CHP Officer Jeffrey Lloyd was completing a traffic stop on an off-ramp from southbound Highway 99 in South Sacramento when a gray SUV stopped behind him, Sacramento's FOX 40 reported.

The pregnant woman was seated in the right front passenger seat of the SUV when Lloyd approach the vehicle, the report said. She told him that she was in labor and about to give birth, after which Lloyd gathered medical equipment to assist in the delivery, according to the report.

After delivering the baby, Lloyd "carefully unwrapped the umbilical cord from the baby's head and made sure both mother and baby were stable," a CHP Facebook post said. Lloyd then stayed with the mother and child until Sacramento fire officials arrived.