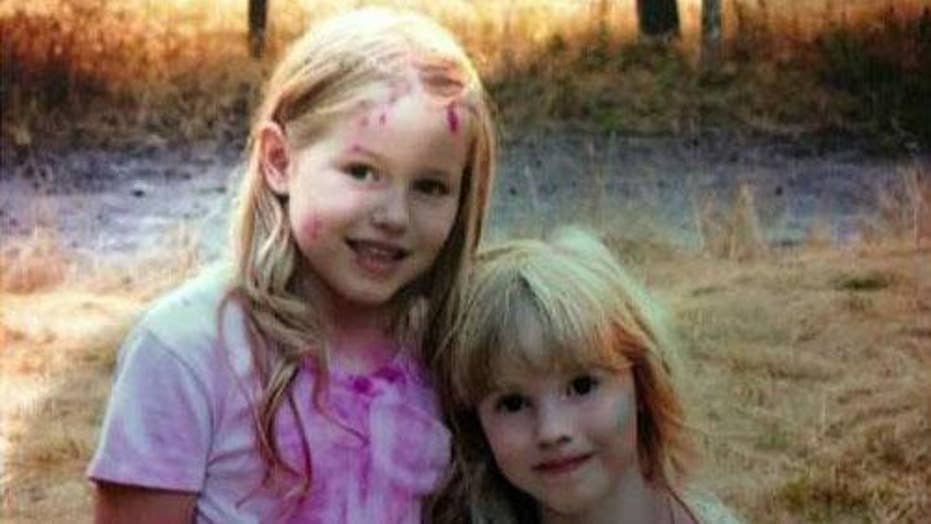 Authorities in California launched a desperate search for two missing sisters who are believed to have walked off into a wooded area by their home on Friday, but not without leaving some clues behind.

The Humboldt County Sheriff’s Office said in a news release that Caroline Carrico, 5, and Leia Carrico, 8, were last seen at 2:30 p.m. on Friday outside of their home in Benbow, located about 70 miles south of Eureka in the northwest part of the state.

Humboldt County Sheriff William Honsal said at a news conference on Saturday the girls had asked their mother to go for a walk in the afternoon and were told no. The mother was then getting things ready around the house and realized at around 3 p.m. that the girls were gone. 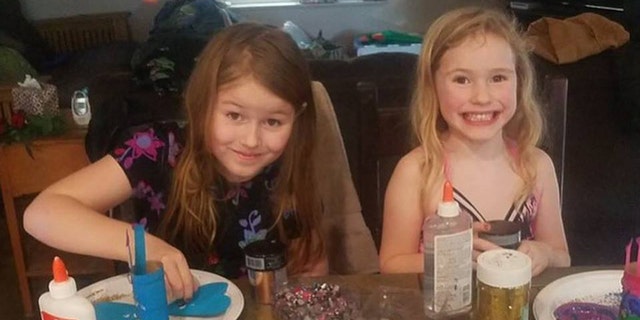 After trying to conduct her own search with neighbors, family and friends, Honsal said the mother contacted the sheriff's office around 6 p.m.  Sheriff’s Special Services deputies, Southern Humboldt Technical Rescue and CAL FIRE crews responded and conducted an initial search of the area throughout the night.

"This is a very rural area," Honsal told reporters, adding that the search areas consist of steep, heavily wooded terrain.

Additional search crews arrived on Saturday from neighboring counties, and officials said during a news conference that clues were discovered in the woods. Lt. Mike Fridley said that some granola bar wrappers found in the woods matched the brand in the Carrico's residence that the mother said were recently purchased. 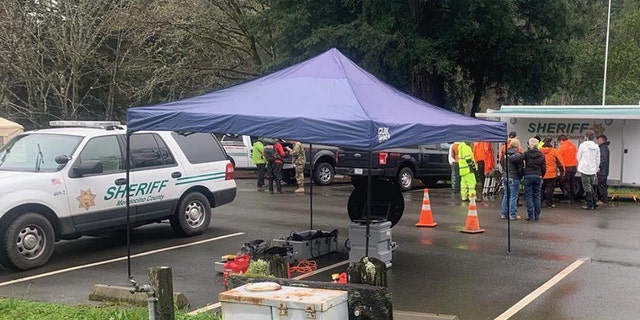 At least 10 search teams are involved in the search for Leia and Caroline Carrico.
(Humboldt County Sheriff’s Office)

In addition to the trail of wrappers, Fridley said that some of the girl's boot prints were discovered in the woods that have helped guide searchers to try to help pinpoint the sisters in the rural area. Helicopters from the U.S. Coast Guard have been used to try to give a better view of the rugged terrain, but Fridley said so far that technology on the aircraft has not been helpful in the thick, wooded area.

"As the information comes in we react to it," Fridley said. 'It's kind of like a chess game."

Caroline is described as 3-foot-6, 40 pounds, with hazel eyes and blonde hair with “bright purple streaks," according to the sheriff's office. The 5-year-old was last seen wearing a maroon rain jacket with white horses, blue jeans and pink boots.

Leia is 4-foot-2, 85 pounds, with hazel eyes and blonde hair in addition to a "large freckle" on her left cheek.  The 8-year-old was last seen wearing a dark gray hooded long sleeve shirt and purple rain boots. 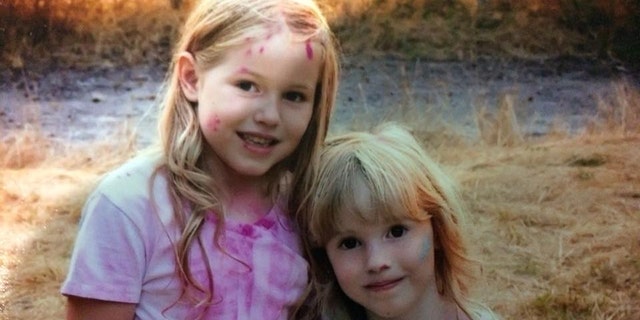 "All available resources are being utilized by searching personnel," the sheriff's office said. "Through the collaborated efforts of all the involved agencies, we are working to resolve this incident as quickly and safely as possible."

Honsal urged the public to avoid the area while search teams are working unless given permission by the Humboldt County Sheriff’s Office.

"Please do not self-deploy in these rural areas," he said, adding that efforts can be dangerous and also throw off the scent for search dogs in addition to destroying evidence such as footprints.

"The search area is closed to unauthorized aircraft, including citizen drones," the sheriff's office said on Twitter. "Citizen drones are making it dangerous for our assisting helicopters to fly. Please do not operate a drone in the search area. Thank you for your support as this search continues."

The sheriff stressed that there are no signs of foul play involved, and the family is being "fully cooperative."  There were also no signs of a crime scene at the family home.

"We don’t know where these girls are. They could have made it to the highway, some stranger could have picked them up," he said. "We don't know. We're looking at all the different contingencies that could be out there."

A public tip line has been established for any information regarding the possible whereabouts of Caroline and Leia Carrico at (707) 441-5000.