Chinese state media has released a video it said proves Uighur poet and musician Abdurehim Heyit is alive, after Turkey cited reports of his death in custody in a strongly worded condemnation of ‘human rights violations’ in Xinjiang.

In the 26-second video posted online by China Radio International’s Turkish language service late on Sunday, a man dressed in a grey sweater identifies himself as Heyit before declaring himself to be in ‘good health’.

‘Today is February 10, 2019,’ he said. ‘I’m in the process of being investigated for allegedly violating the national laws. I’m now in good health and have never been abused.’ 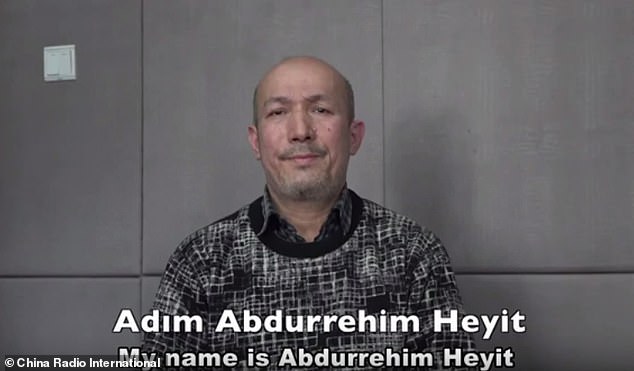 In the 26-second video posted online by China Radio International’s Turkish language service late on Sunday, a man dressed in a grey sweater identifies himself as Uighur poet and musician Abdurehim Heyit before declaring himself to be in ‘good health’ 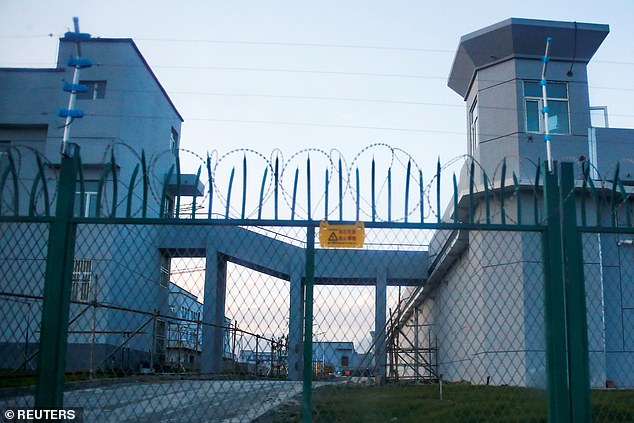 Reuters was unable to independently confirm the authenticity of the video.

On Saturday, in a rare move from a majority-Muslim power, the Turkish Foreign Ministry called on China to close its internment camps for Muslims, saying the camps said to hold a million ethnic Uighurs are a ‘great shame for humanity’.

That statement had come in response to a question about recent reports that Heyit, a well-known poet and musician, had died while in Chinese detention, having been ‘sentenced to eight years in prison for one of his songs’. 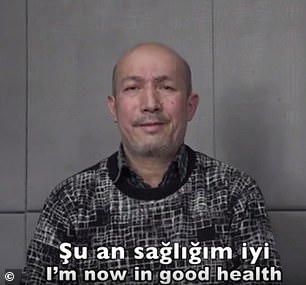 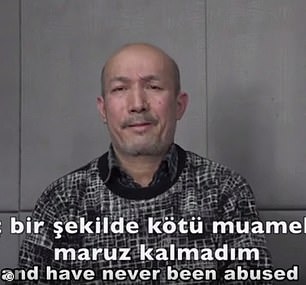 Heyit was was believed to have been arrested in April 2017, according to former colleagues cited by The Guardian. His son was reportedly able to visit him, but friends say they have heard not heard from him since he was detained.

‘This tragedy has further reinforced the reaction of the Turkish public opinion towards serious human rights violations committed in the Xinjiang region,’ ministry spokesman Hami Aksoy said on Sunday.

China’s embassy in Ankara said Aksoy’s accusations were false and urged the Turkish government to retract them.

Uighur diaspora activists said Heyit’s body language and unnatural speech patterns in the video suggested his testimony may have been coerced and that even digital alteration could not be ruled out. 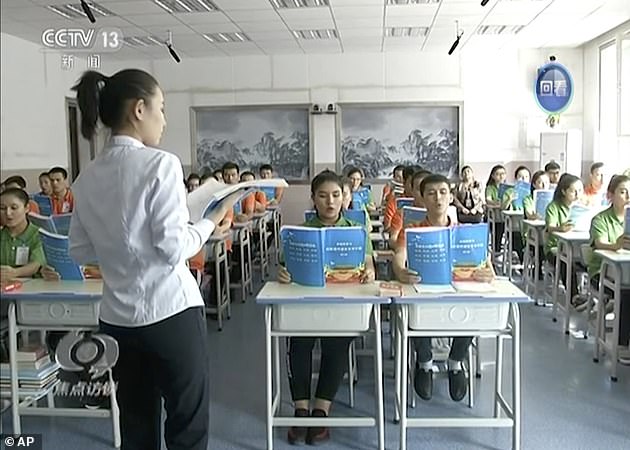 The Chinese Foreign Ministry and Xinjiang’s regional government did not immediately respond to requests for comment on Monday.

Beijing has faced an outcry from activists, scholars, foreign governments and UN rights experts over what they call mass detentions and strict surveillance of the mostly Muslim Uighur minority and other Muslim groups who call Xinjiang home.

China denied the existence of the so-called ‘re-education’ facilities for months before saying they were in fact vocational training centres designed to combat religious extremism, and has increasingly been on the front foot in defending its actions.

What are China’s Muslim ‘re-education’ camps? 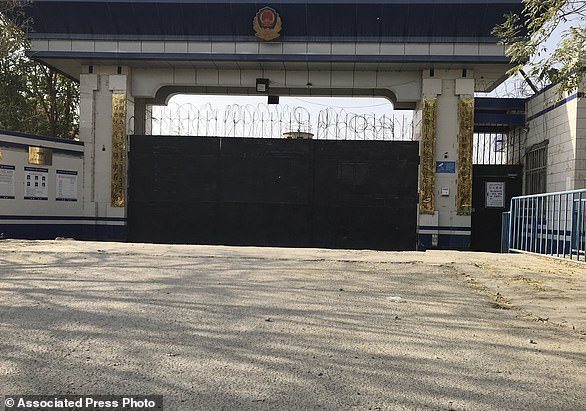 Chinese authorities in the heavily Muslim region of Xinjiang are believed to have ensnared tens, possibly hundreds of thousands of Muslim Chinese – and even foreign citizens – in mass internment camps since spring last year.

Such detention campaigns have swept across Xinjiang, a territory half the area of India, leading to what a US commission on China said is ‘the largest mass incarceration of a minority population in the world today’.

Chinese officials have largely avoided comment on the camps, but some are quoted in state media as saying that ideological changes are needed to fight separatism and Islamic extremism.

Radical Muslim Uighurs have killed hundreds in recent years, and China considers the region a threat to peace in a country where the majority is Han Chinese.

The internment programme aims to rewire the political thinking of detainees, erase their Islamic beliefs and reshape their very identities, it is claimed. The camps have expanded rapidly over the past year, with almost no judicial process or legal paperwork.

Detainees who most vigorously criticise the people and things they love are rewarded, and those who refuse to do so are punished with solitary confinement, beatings and food deprivation.