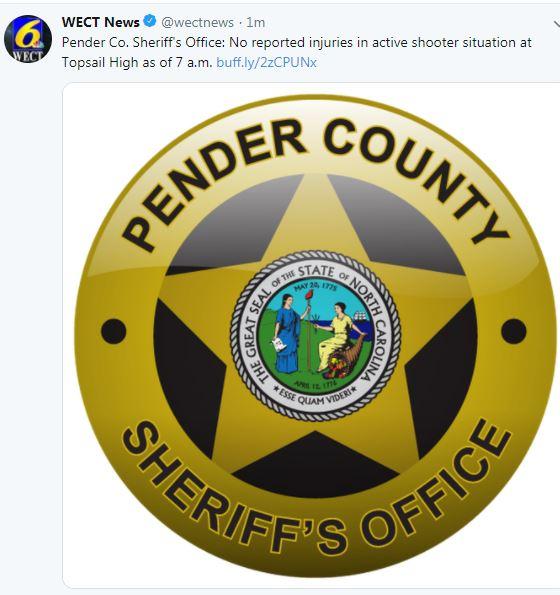 Rowell said there are no reported injuries as of 7am (local time).

Time reports that an emergency dispatcher with the Pender County Sheriff's Office said that multiple units are currently on the scene at the school.

"It's extremely busy right now. All of our units are trying to take this person into custody," the dispatcher said.

Topsail PTA warned on Facebook: “All schools on the eastern side of Pender County are currently on lockdown.

“There has been an active shooter situation reported at Topsail High School. Please keep your students at home until further information is released."

Fox 46 says that a report of an active shooter has sparked a large police presence in the area, after cops were called at about 6.30am today.