The pandemic has knocked nearly two years off the average life expectancy for men and women, a study reveals.

The shocking figures reverse the trend of people living longer than their parents and grandparents.

Life expectancy in England and Wales had been steadily improving for the last 50 years, before stagnating over the past decade. 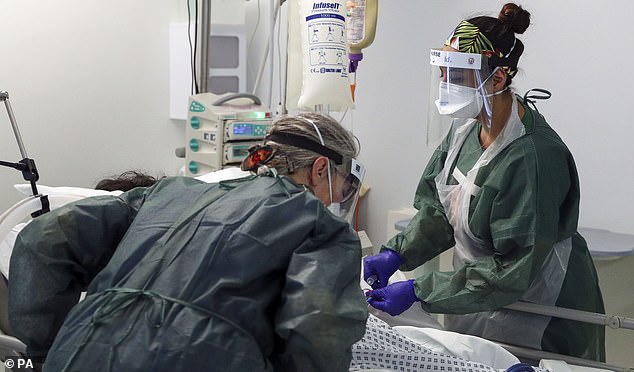 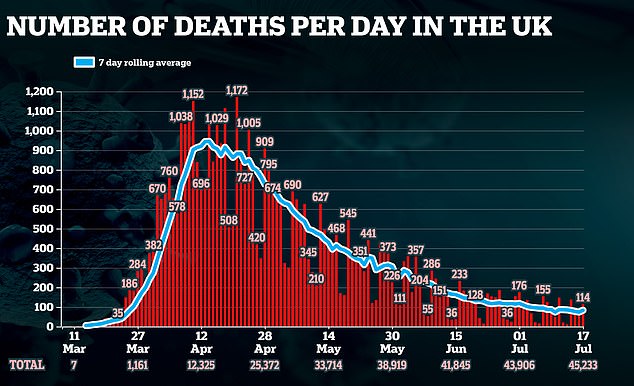 But the coronavirus crisis – which has seen nearly 54,000 excess deaths – has put it back to 2008 levels, experts from Oxford University say.

Even this may be an underestimate of the real toll of Covid-19 on the nation’s health. Many excess deaths seen in the first half of the year – from diseases and conditions including Alzheimer’s, stroke, diabetes, asthma, influenza and pneumonia – may really have been due to undiagnosed coronavirus.

Lead researcher Jose Manuel Aburto, of the Department of Sociology at Oxford University, said: ‘We have provided estimates of life expectancy for 2019 and the first half of 2020, which show that life expectancy dropped a staggering 1.7 and 1.9 years for females and males respectively between those years. 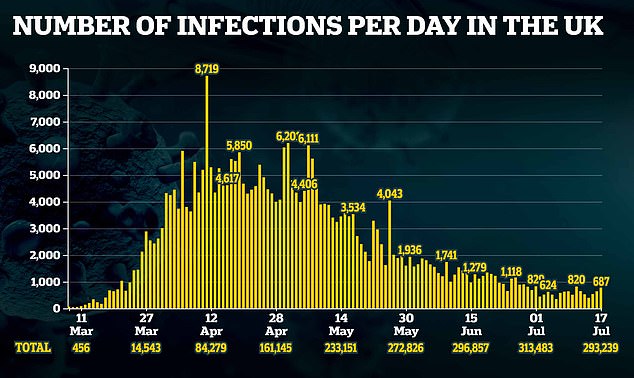 ‘To put this in perspective, male and female life expectancy in the first half of 2020 regressed to the levels of 2008. It is likely that our estimates of excess deaths and life expectancy are underestimated.’

Life expectancy at birth is used as an indicator of population health and can shed light on the cumulative burden of a pandemic.

The study, shared on an academic website prior to publication in a peer-reviewed journal, used official data on all-cause mortality from the Office for National Statistics from March 2 – the first time a Covid-19 death in England and Wales was registered – to the end of June.

Lifespan inequality is another measure of population health based on social deprivation and its impact on mortality. 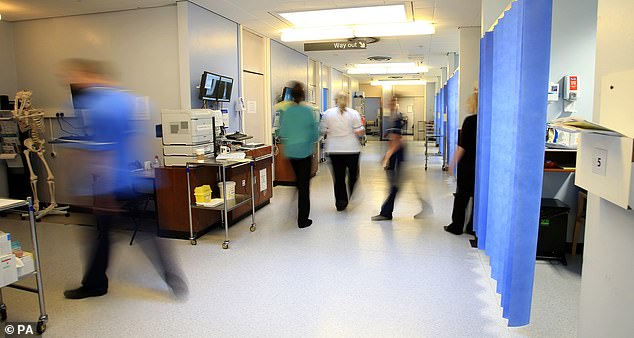 ‘Quantifying excess deaths and their impact on life expectancy at birth provides a more comprehensive picture of the full Covid-19 burden on mortality. Whether mortality will return to or even fall below the baseline level remains to be seen,’ the researchers said.

The future impact on life expectancy is unclear due to a possible second wave of the virus.

Its long-term health effects could also lead to earlier deaths. But if the most vulnerable people have already died, it is possible that we may see fewer deaths than expected for the rest of 2020.

However, even if death rates fall 10 per cent below the expected baseline for the rest of the year, coronavirus will still have knocked an average of 4.4 months off the life expectancy of a woman and 6.6 months off a man’s life. By age group, 15 to 44-year-olds accounted for only 290 excess deaths above the expected level, while among the 45-64 group, the figure was 5,786.

But has the true death toll been exaggerated?

By Eleanor Hayward, Health Reporter for the Daily Mail

The virus death toll may have been ‘exaggerated’ because those dying of natural causes are included in the count.

Matt Hancock yesterday ordered an urgent review into death figures compiled by Public Health England, after discovering they include anyone who has ever tested positive.

This means that if someone tested positive for the virus in March, fully recovered, then got hit by a bus in June, their death would still be included in England’s coronavirus death toll.

Academics said they believed the current Department of Health figure – showing around 72 deaths a day – is double the accurate total. They estimated that more than 1,000 people had probably had their cause of death wrongly recorded as Covid-19 since the start of the pandemic.

Professors Yoon Loke, of the University of East Anglia, and Professor Carl Heneghan, from the University of Oxford, said: ‘No one with Covid in England is allowed to ever recover from their illness.’ The Department of Health’s official coronavirus death toll stands at 45,119.

It is thought England could switch to the system used in Scotland and Northern Ireland, which includes only people who die within 28 days of their test.

Dr Susan Hopkins, PHE’s incident director, said: ‘We must remember that this is a new and emerging infection and there is increasing evidence of long-term health problems for some of those affected. Whilst this knowledge is growing, now is the right time to review how deaths are calculated.’

The discovery of the ‘statistical flaw’ is the latest fiasco to hit PHE, which came under heavy criticism early on in the pandemic for failing to increase testing capacity.